An artist needs no monument to be remembered 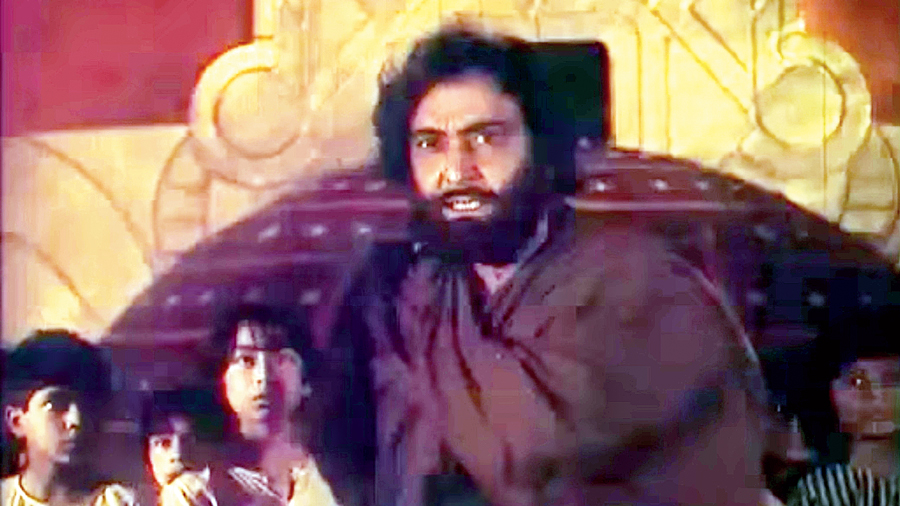 On a day almost lost now in the mists of time, I started going to college. One of the memories of that first, disorienting day is my startled amusement at a two-syllable word meaning, approximately, ‘useless’, written on the back of a marble bust of a former principal. The bust was placed with its unfortunate back visible when one turned on the first-floor landing; its position left me wondering for the rest of my life about the acrobat with the perfect lettering. (I prefer that to the simpler explanation of the bust having been brought there from somewhere else.) I did not associate it with the years of violence, statue-breaking and tragedy that preceded our entry into college — maybe I should have — but it gave me a sense of history happening in spite of the cold whiteness of marble.

That sense was somewhat more developed when, years later, I peeked over the walls of the garden in Flagstaff House in Barrackpore, where statues of colonial heroes had been removed from Calcutta at the time to make place in the city for the icons and leaders of independent India. Aesthetics and history are two different things of course, and monuments in which they resonate together, as in the statue of the Unknown Soldier in Calcutta, are still rare. They are likely to grow rarer. The greatest achievement in this sphere recently has been the building of the tallest statue in the world, the Statue of Unity, meant to outdo the Statue of Liberty in height and metaphorical power. But unity is represented by a historical person, Vallabhbhai Patel, chosen by the Bharatiya Janata Party-led regime to overcome in people’s minds, by the force of sheer size, the legacy of Jawaharlal Nehru. Patel, the first deputy prime minister and home minister of independent India, had ensured the integration of 562 princely states with the Union. The statue, close to the Sardar Sarovar Dam, is invested with a political agenda and the desire to make an indelible impression on history. Even Ozymandias did not manage that; archaeologists were still discovering gigantic parts of his head and ear sunk in the groundwater in a Cairo slum in 2017. Predictably, the Statue of Unity lacks the symbolic resonance of the Statue of Liberty, or even of the wistful Little Mermaid in Copenhagen, an unmoving yet vibrant witness to a present remembering the past.

The unprecedented tragedy in human lives for which the Narendra Modi-led government cannot escape much of the responsibility seems just the right time to recall the monuments and edifices being built to ensure the regime’s immortal presence, its ideological victories — and votes. The estimated cost of the statue is Rs 2,989 crore, an initial amount of which was raised by the Gujarat government, with a later allocation in the Union budget and contributions from public sector enterprises under corporate social responsibility. This particular dream of the former Gujarat chief minister and present prime minister came to fruition in 2018, without adequate environmental checks and amid adivasi protests regarding land rights, water supply and livelihood. It may be a passing irony that the 553 bronze panels covering its surface were cast in a foundry in China — obviously, the prime minister’s patriotic projects are exempt from ‘Make in India’ demands — but there is more. Patel banned the Rashtriya Swayamsevak Sangh after Mahatma Gandhi’s murder. But his permission was not needed for the symbolic appropriation of his iconic status. The BJP is strong enough to unravel history through its impressive structures.

That is more crudely evident in the building of the Ram temple in Ayodhya. There is nothing illegal about it. Is it a twist of history that the Ayodhya land title case was resolved before the case against the destroyers of Babri Masjid could be? A legal right grew out of organized vandalism although the accused were all subsequently acquitted. And now, ignoring the Places of Worship (Special Provisions) Act, 1991 that forbids changing the status quo of any shrine after August 15, 1947 with the sole exception of the Babri Masjid, the sites of the Gyanvapi mosque adjacent to the Kashi Vishwanath temple in Varanasi and the Shahi Idgah mosque next to the Krishna Janmabhoomi temple in Mathura are being demanded by majoritarian groups. Edifices not of faith but of force are expected to change the course of history and culture together.

That is why the display of political force finds priority over all else. The prime minister may be blind to the hellish sight of overflowing crematoriums and deaf to the agony of the people who elected him because all he can see is the blueprint of his beloved Central Vista and all he can hear is the music of construction in progress. Work on the new Parliament complex, the estimated cost of which is Rs 20,000 crore, cannot be stopped just because thousands are dying daily from a highly contagious viral infection. Hospitals are running out of beds, oxygen is frighteningly scarce, drugs like remdesivir seem to have vanished, and the Centre is yet to complete its project of 162 new oxygen plants at Rs 201 crore. Building the Central Vista is an ‘essential service’. So, 180 passes under this head have been issued to ferry workers to and fro from the spot, although the lockdown guidelines in Delhi stipulate that there can be no construction unless the workers live on-site.

Some workers, employed by sub-contractors, are frightened but cannot leave because they claim they have not received their wages. Anxiety for families at home, fear for themselves should they fall sick and insecure finances do not matter to a government that must fulfil its dream. Prisons can be without bars. The unforgettable fable-maker who would have turned 100 tomorrow captured this in the scene of the diamond mine in his 1980 film, Hirak Rajar Deshe. The suffering, fear and grief the country is going through at the moment is not the way we would have ever wanted to celebrate his centenary. Yet we celebrate him, willy-nilly, because words and scenes and songs force themselves upon our memory.

At the point when Udayan, the teacher in the pathshala of Hirak Rajar Deshe, is explaining to his pupils why a king who is his subjects’ enemy is the most dangerous of creatures, the education minister comes with his retinue to shut down the class for good. Hirak Raja hates learning: it makes people disobedient and questioning. All that the children must know, Udayan is forced to make his pupils repeat, is that the king is god. But the school will open again, he promises them.

Fulfilling that promise requires the magic, delightful antics and, ultimately, the courage and canniness of Goopy and Bagha. So when Udayan and his pupils are captured and pushed into the brain-washing room, the king’s most treasured weapon of compliance, the magaj-dholai mantra has been quietly disabled. Goopy appears, singing the king and his courtiers into paralysed submission, telling the king how he has gone beyond all bounds in his misuse of power, starved the poor and brought great calamity to the land. Only then does Udayan come out, leading the young to the king’s gigantic new statue in the middle of a field, where the people join them to pull it down.

The king does too. Looking at the tragedy around us, such magic seems rather far away.