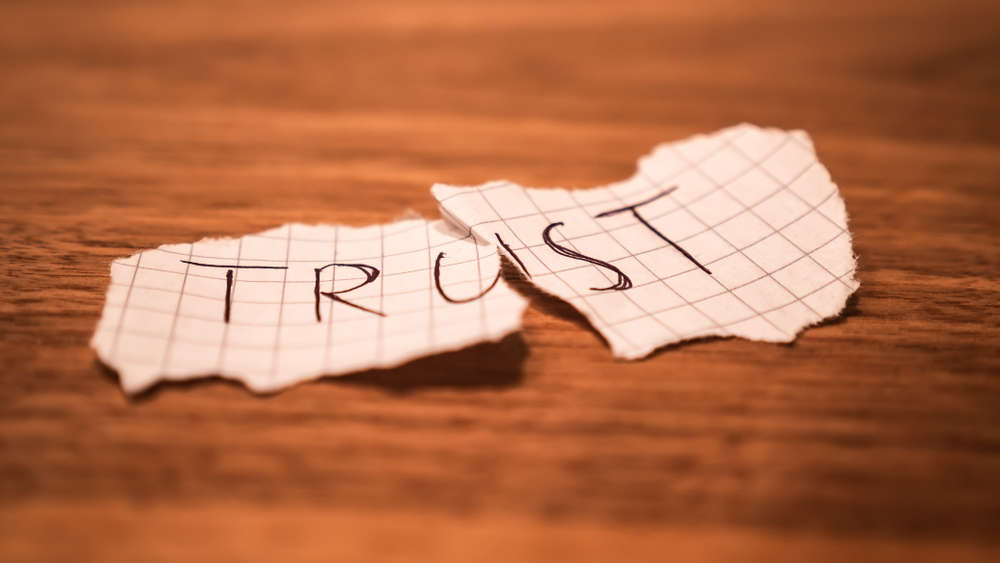 Trust in government represents the confidence of citizens in the actions of the “government to do what is right and perceived fair.”
Shutterstock
Rakhahari Chatterji   |     |   Published 22.09.20, 02:00 AM

Does democracy need the trust of the people? Many people think that the loss of people’s trust in establishment parties in the United States of America and Europe has led to the rise of populist leaders like Donald Trump in the US, Marine Le Pen in France or Norbert Hofer in Austria. The loss of public trust in government has been particularly visible since the financial crisis of 2008-09, and has led to a growth of literature on political trust and distrust in the last two decades.

In his seminal book, A Systems Analysis of Political Life, the political theorist, David Easton, argued that public trust in political authorities and institutions provides diffused support that the authorities can always fall back on in times of crisis. What does trust mean? Trust in government represents the confidence of citizens in the actions of the “government to do what is right and perceived fair.” There must thus be some congruence between what the people think is right and fair and what the government does. It is an important foundation on which legitimacy, stability and policy effectiveness of the political system depend.

Erosion of trust is usually a slow, gradual process. In a democracy, the citizens take the electoral route to express a temporary withdrawal of trust from a government. But if electoral victory is a necessary indicator of public trust in a government, it is not a sufficient indicator. For electoral victories may be wafer-thin or may even be founded on minority votes in a ‘first past the post’ system. Or critical institutions may be so curbed by a government that electoral malpractices can be swept under the carpet. So we find electoral authoritarianism arising out of what was democracy.

When that happens, trust is replaced by distrust. Thinkers like Madison, Hume and Bentham thought that some amount of distrust towards the government could act as a safeguard for democracy. For distrust will demand transparency. This view is labelled, ‘liberal distrust’. In this sense, declining trust or growth of distrust does not necessarily cause a crisis of democracy; rather it works as a warning to the ruling dispensation about the oncoming dangers. Whether a party in power or its leader would heed such warning is a matter of conjecture. In fact, it goes against the global experience. The more the leaders in the party in power become arrogant, the more they suspect public distrust. Our own experience in India testifies to it.

Distrust towards the government can be the result of public experience of governmental incompetence. It can be the result of a well-founded public perception that the government’s actions are not in public interest. For instance, there are signs that the Trump administration’s approach to the Covid-19 problem is regarded by large sections of the American people to have betrayed public interest. Similarly, the manner in which the migrant labourers’ issue has been handled by public authorities in India during the lockdown was considered to be incompetent. Repeated experience of such instances will lead citizens to conclude that the government cannot be trusted as a competent protector of public interest.

But the most important source of distrust is the citizens’ perception that the government’s conduct violates their sense of fairness. A democratic government transiting to the authoritarian mode is certain to violate the citizens’ sense of right and fairness. This can take many forms. It will try to discredit all Opposition and claim monopoly on representing the people. Contemporary authoritarian voices uniformly describe established political parties as ‘dysfunctional’, the press as purveyors of ‘fake news’, intellectuals as ‘arrogant liberals’.

Even if the executive branch exhibits signs of authoritarianism, the system may not lose trust provided the other branches of government — the legislature and the judiciary — continue to act fairly. Similarly, if investigative and enforcement agencies, the intelligence branch, election machinery, audit authorities and so on remain uncontaminated by the executive, the system may correct itself and the executive put under leash. But if the executive has already made them subservient, the case may become hopeless. In younger democracies like India, these agencies easily succumb to executive pressure.

In the citizen-State relationship, the State has all the power, the citizen has none. The judiciary, the last resort for powerless citizens to appeal to, is also the last gatekeeper of citizens’ trust in government. At the dawn of the modern State in medieval Europe, the kings and the lords realized the importance of the administration of justice: in fact, they found that efficient administration of justice could enhance the authority and the power of the kings. “By 1215 the barons of England thought that a permanent, central court of justice was essential for the good government of England.” Packing courts with camp followers has been a dream of most right-wing presidents. Such a strategy of converting an independent judiciary into  ‘executive courts’ would be a sure way of destroying the foundation of citizens’ trust in government.