Advertisement
Home / Opinion / Limitations of the #MeToo campaign in India

Limitations of the #MeToo campaign in India

It has played out mainly on Twitter and mostly in English, suggesting a class bias 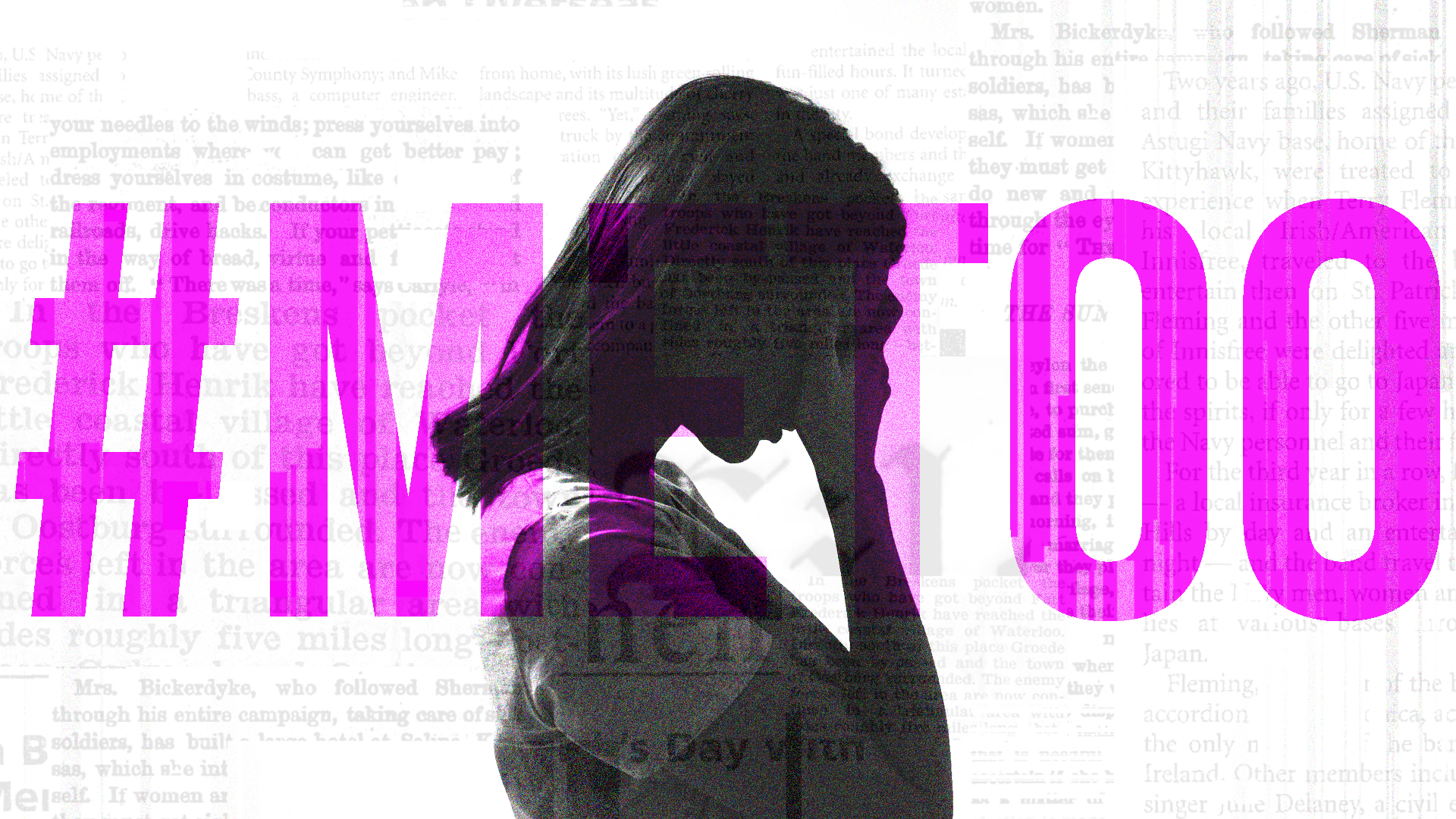 There was understandable despondency and anger in activist circles — and beyond — in the United States of America over the confirmation by the Senate of Brett Kavanaugh’s appointment to the Supreme Court. What began as a familiar attempt to derail the entry of another conservative judge to the country’s highest court assumed a very different complexion following grave charges of sexual misconduct against the judge. Whether the passionate testimony of Christine Blasey Ford detailing what happened when Kavanaugh was a law student in an Ivy League university should be implicitly believed, whether it was right to rake up an issue decades after the event and whether a possible youthful indiscretion should affect any assessment of a person’s professional competence were issues that agitated large sections of the US. Indeed, how different sections viewed the storm over Kavanaugh’s appointment may even influence turnout and voting behaviour in the elections to Congress in November.

The Kavanaugh controversy — a bigger repeat of the turbulence over the appointment of the judge, Clarence Thomas, also a conservative — had a global impact and was a subject of intense discussion, particularly among women concerned with gender rights. Future historians may well be tempted to locate the huge eruption of the MeToo phenomenon in India in the wake of developments in Washington DC as more than just a coincidence.

If the very passionate campaign to derail Kavanaugh’s appointment faltered at the final hurdle after a confidential Federal Bureau of Investigation report cleared him of charges of molestation, the voluble social media campaign against the former journalist and minister in the Narendra Modi government, M J Akbar, also hit a hurdle. Contrary to initial impression, Akbar — who was on an official assignment in West Africa when the storm broke — did not oblige with a resignation. Instead, he hit back with the suggestion that the campaign had a definite political complexion and was contrived: “Accusation without evidence has become a viral fever among some sections... The accusations of misconduct made against me are false and fabricated, spiced up by innuendo and malice.” He has indicated that he may also seek legal recourse.

Akbar’s decision to stand his ground is certain to be contested. Apart from the activists and journalists who are outraged, the issue has become explicitly political with the Congress also calling for his resignation and questioning the prime minister’s silence on the matter. It is not certain whether the campaign to secure Akbar’s resignation will yield returns. On his own Akbar is not politically consequential. He is a relative newcomer to the Bharatiya Janata Party and his future status has no real impact on electoral politics. Moreover, the allegations levelled against him go back to a time he was a not a part of either the BJP or its ecosystem. What, therefore, explains the tacit political backing extended to him? More important, what does this incident tell us of the impact and limitations of the MeToo campaign in India?

First, there is a belief — how valid or otherwise is not the issue — that the MeToo campaign in its present avatar is broadly limited to three spheres of activity: films, media and advertising. An earlier version of MeToo, which emanated from the US, concerned Indian academics in the liberal arts and social sciences. Important as these creative professions are in national life, they cover a very thin slice of the country. Consequently, the impression has emerged that these professions are governed by a code of behaviour that deviate from the social conservatism witnessed in, say, government offices and commercial establishments, all of which have a fair share of women employees. This is not to suggest that sexual harassment is absent from these spheres of life. It is just that there is probably greater inhibition on the part of ‘survivors’ to tell their stories.

It is worth noting that the MeToo campaign in India wasn’t primarily dictated by political considerations. People on both sides of the divide — ‘bhakt’ and ‘fiberal’ — may have gloated when a prominent individual with marked political preferences was shown in an unflattering light, but that was an unintended consequence. Even in the case of Akbar, there was no suggestion that either his political inclinations or his ministerial office had anything to do with his allegedly offensive conduct. They related entirely to an earlier phase of his life, as editor. For politicians unfamiliar with the social environment of the English-language media, this was a strange battle which they would rather not get involved in. It is seen as Akbar’s personal battle to clear his name and salvage his damaged reputation. The danger is that a large number of middle-class and young women may feel the Narendra Modi government is insensitive to the larger question of dignity of women in the workplace. If there is enough evidence of that, political calculations may be reviewed.

Secondly, social media was the MeToo battlefield. Most of the accounts by women who had apparently experienced harassment or offensive behaviour and named the alleged perpetrators did so on either Facebook or the internet news portals that have mushroomed over the past five years. The debates and denunciations were also very visible on Twitter, a platform where journalists have a disproportionate presence. Most important, the deliberations were mostly in English, suggesting a class bias.

The hysteria generated by social media posts was truly colossal. Without in any way diluting the anguish and pain suffered by those women who experienced harassment and were now reliving their experiences, there was a distinct impression of summary trials where the guilty verdict was predetermined. The absence of what in conventional terms is called ‘evidence’ — though not in all cases — was marked and was even justified. So strong was the outrage that no one really cared if the so-called perpetrator had another version or whether there was a context to the events. Maybe Akbar is guilty as charged but to sack him from a public office on the strength of a Twitter court verdict and without giving him a chance to respond would have sent all the wrong signals.

The decision-makers, it would seem, considered their own apprehension that the election season could witness targeted but unverifiable accusations against those in the political arena. It is most likely that the accusations wouldn’t stand exacting scrutiny, but they would have generated outrage, sullied reputations and vitiated the environment.

In the present climate, an American journalist, Lionel Shriver, has written: “... we are throwing knee-touching into the same basket as rape, which does a grievous disservice to mere knee-touchers and rape victims both. I am concerned that we are increasingly wont to confuse genuine abuse of power in the workplace with often distant memories of men who have made failed — ‘unwanted’ — passes... I am concerned that we are casting women as irremediably scarred by even minor, casual advances, and as incapable of competently and sensitively handling the commonplace instances in which men are drawn to them sexually and the feeling doesn’t happen to be mutual.”

Shriver wrote this in a Western context. In India there is another context which has not been addressed by the MeToo campaign. That centres on more conservative societies where free interaction between men and women is still rare. The MeToo campaign emulates the concerns of the cosmopolitan world. This doesn’t make them invalid but limited. Arguably, that is why the more ‘rooted’ politicians (who also happen to be largely male) feel strangely disconnected. Akbar’s respite came from this unfamiliarity. Had the Doon School lot been ruling India, he would not have lasted till his flight from West Africa touched down in Delhi. The social pressures would have been too large to withstand.

Perceptions of MeToo always depends on which world we inhabit.

This piece was written before M.J. Akbar handed in his resignation