Advertisement
Home / Opinion / LIFE LIVED IN AN AGE OF EXTREMES

LIFE LIVED IN AN AGE OF EXTREMES 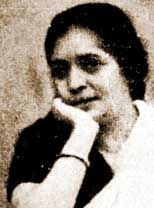 My Reminiscences: Social Development During the Gandhian Era and After
By Renuka Ray,
Stree, Rs 350

Renuka Ray, it had better be said at the beginning, is not to be confused with the eponymous film actress of the early movie-years. Forgetful that we are, Renuka Ray the politician has more or less slipped out of our collective memory.

Stree has brought out this volume on the occasion of Ray?s birth centenary. The effort is timely, since the book had been lying forgotten for some years now. Renuka Ray?s work deals with a range of topics which would give the reader a clear idea about the era of extremes in Indian politics.

My Reminiscences provides a broad view of Indian social development through the first decade of the 20th century till the Seventies. There are clear indications of a system going awry, politicians losing their principles, succumbing to the lure of new money, and the general degradation of basic goodness in Indian politics. The new age is contrasted against the pre-independence Gandhian era ? a time when a principled stand had the power to stall major movements.

The book follows the trajectory of Ray?s life in politics. Her ?reminiscences? are predominantly political, and only on rare occasions does she touch upon her family, that too only if there is a political context. Born in 1904, she was acutely aware of the contemporary Indian political scenario from a relatively early age. When she was sixteen, she had already left college to answer Gandhi?s call for boycotting the British Indian educational system. She had been with Gandhi at the Sabarmati ashram and accompanied him on some of his journeys. In 1921, her parents sent her to England for further studies at the Mahatma?s behest. She studied economics at the London School of Economics, under illustrious tutors such as Harold Laski, and with Clement Atlee, the future prime minister of England.

Ray?s insight into Indian politics is incisive as a result of her proximity to a number of prominent leaders of the freedom movement. Not just Gandhi, she was close to Jawaharlal Nehru as well. As a young graduate in London, she met a bevy of future Indian political leaders. Not least among them were Subhash Chandra Bose and Krishna Menon.

But while she hobnobbed with the top rung of Indian political leaders of the time, she had her feet firmly on the ground, working constantly with the common people. She worked extensively during the Bengal famine, the Great Calcutta killings and the crisis of accomodating the refugees after Partition. In fact, in the Fifties, she served as the minister for refugee rehabilitation in the Bidhan Chandra Roy cabinet. After this, she became an MP from Malda, which, she tells us, was only to handle the refugee problem better. The Centre had discriminatory policies, preferring to give the Punjab refugee problem more importance than Bengal?s.

It is perhaps not correct to expect objectivity from a book like this, but considering Ray?s sincerity and formidable experience, the book is probably not too biased either. The fact that it gives first-hand accounts of watershed events in Indian history is enough to make it a treasure.

What stands out and strikes a chord is, however, the author?s disillusionment and bitterness at independent India?s predicament, a far cry from the visions of Gandhi.