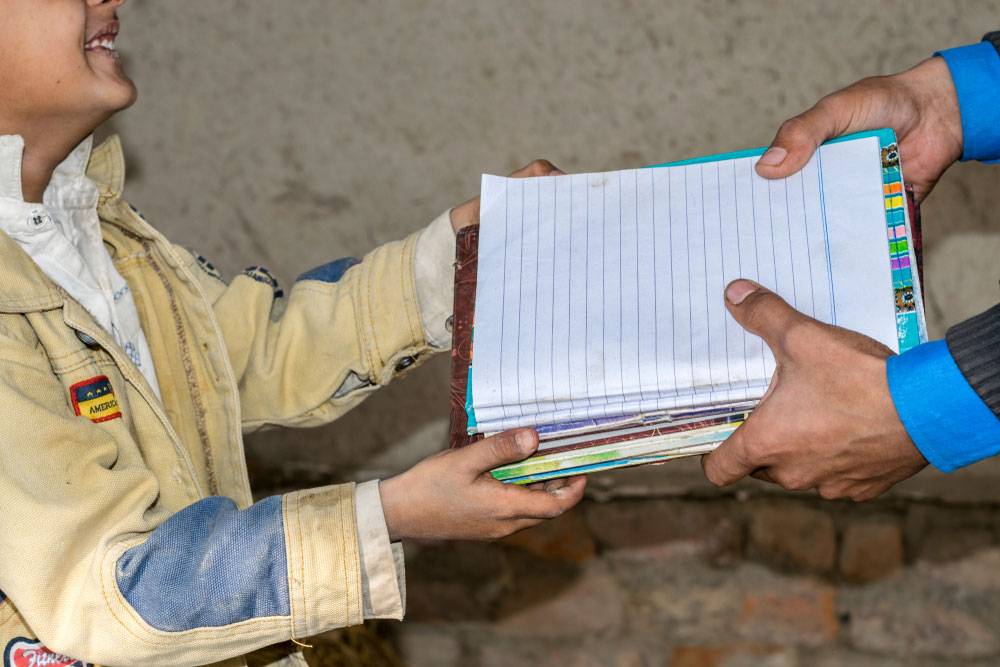 In November, the vice-president, M. Venkaiah Naidu, had expressed concern about the decline in reading habits among children. At a time when brick-and-mortar lending libraries face a precarious future both in India and globally, it is heartening to see the PMC prioritize reading.
(Shutterstock)
The Telegraph   |   Published 30.12.19, 06:52 PM

Sir — The Pune Municipal Corporation has decided to start libraries for children in six gardens on a pilot basis to promote reading and combat mobile phone addiction. In November, the vice-president, M. Venkaiah Naidu, had expressed concern about the decline in reading habits among children. At a time when brick-and-mortar lending libraries face a precarious future both in India and globally, it is heartening to see the PMC prioritize reading. Libraries not only educate people, but many also look upon them as sanctuaries and places of healing and reflection. It is the duty of governments to ensure their continued existence.

Not for the people

Sir — At a time when ordinary citizens are faced with the lack of jobs and skyrocketing prices of onions and other vegetables as a result of the severe economic slump, the Narendra Modi-led government at the Centre passed the Citizenship (Amendment) Act. This was followed by the Union cabinet giving its approval to update the National Population Register, which is supposed to be the first step towards a countrywide National Register of Citizens. This is a clear ploy to distract people from the real economic problems plaguing the nation.

Recently, the Rashtriya Swayamsevak Sangh chief, Mohan Bhagwat, declared at an event that, “...[t]he son of mother India, whether he may speak any language, from any region, follow any form of worship or not believing in worship of any is a Hindu... In this regard, for Sangh all the 130 crore people of India are Hindu society”. One wonders how the RSS — which is less than a hundred years old, did not participate in the freedom struggle, opposed the Constitution of free India and only hoisted the national flag at its headquarters after 52 years in 2002 — can claim to be an expert on a complex, centuries-old religious belief system like Hinduism. Bhagwat’s statement is a clear indication that far from celebrating and protecting the diversity of India, the RSS wishes to bring a forced uniformity to Indian society. Curiously, Bhagwat had recently claimed that the RSS aims to build a “united society”. If that is indeed the case, why are instances of sexual violence against women, lynching on the basis of religion and other kinds of communal atrocities increasing in India?

The RSS, with its conservative ideology, should have no place in modern India. The country is in dire need of organizations that will contribute to its economic and scientific growth and help it compete with other superpowers.

Sir — Last week, the Union cabinet approved a budget of over Rs 3,941 for the NPR (“Rapid turns”, Dec 26). This decision comes at a time when people across the country have been vehemently protesting against the CAA and the proposed all-India NRC.

The government’s denial of the link between the NPR and NRC is disingenuous. Many see the NPR as the first step to the NRC. The government’s argument that the proposed updating of the population register is in line with the United Progressive Alliance government’s exercise in 2010 is unconvincing. The spectre of the NRC was not hanging over citizens’ heads at that time. Thus, the Centre cannot hide its real intentions behind this exercise, especially since the decennial census has already been scheduled. Narendra Modi’s government must clearly convey its reasons behind pushing for the NRC and the NPR.

If it wishes to assuage the fears and anxieties of the people, it must prove beyond a shadow of a doubt that there is no link between the two.

Sir — Given the arrogance of the Bharatiya Janata Party, there is very little hope of the National Democratic Alliance government rethinking the enactment of the CAA, NRC and NPR. Instead of utilizing resources to revive the declining economy, the Centre is busy funding such ill-conceived projects. The NRC exercise in Assam has been nothing but a waste of public funds. Who is to be held accountable for such a flagrant misuse of the taxpayers’ money?

The public outrage at the passage of the CAA exposed the lack of clarity within the ruling government — the prime minister, Narendra Modi, claimed that there has been no discussion on implementing an all-India NRC, in a direct contradiction to the declarations by the Union home minister, Amit Shah, who has repeatedly stressed on its inevitability. The threat of the implementation of the CAA, NRC and NPR is a diversionary tactic — it is aimed at distracting people from the rapidly flagging economy by creating chasms within Indian society.

Politicians seem to be under the impression that they can fool citizens: the prime minister has publicly disavowed the existence of detention camps for illegal immigrants when in truth several such centres exist in Assam and Karnataka.

Perhaps the nation-wide protests against the CAA and NRC have led to the Modi-Shah duo rethinking their overzealous approach. As a result, they are trying to distract people yet again by taking the circuitous route of the NPR. But citizens’ properties are being seized under the pretext that they caused damage to public property. Who will compensate for the wastage of public funds caused by the hastily implemented NRC exercise in Assam? How will the prime minister and the Union home minister justify this move to the people of the country?