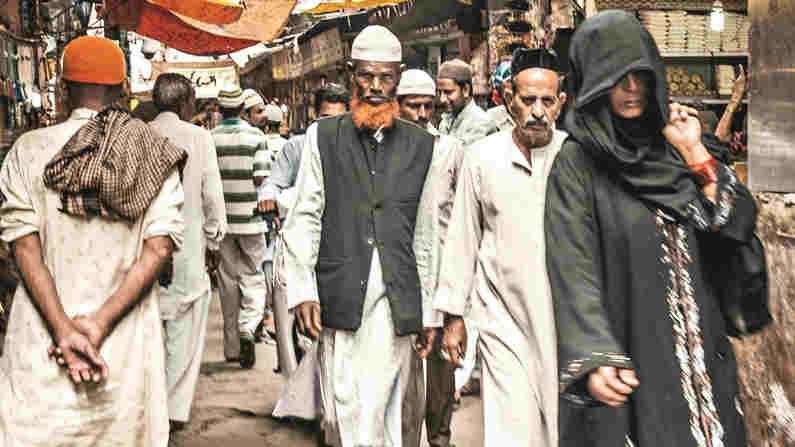 However, I find the imagination of an elitist liberal Islam to counter religious essentialism to be equally problematic. The self-declared liberal Muslims (who claim to assert moderate Islam) as well as the self-assured cultural Muslims (who celebrate their atheism in public life) seem to reproduce an age-old, rigid, inflexible, and elitist discourse of Muslim intellectual backwardness.

They blame Muslim communities for their conservative worldview and ask them to embrace modernity and rationalism for a better future. The cultural, social, regional, linguistic and even religious diversity among Muslims is completely ignored in this schema to sustain an enduring conflict between the ulema-led regressive Islam and a modernity led by liberals.

Take, for instance, the video by the actor, Naseeruddin Shah, that went viral.

He makes three claims in it. First, the “celebrations of the barbarians by some sections of Indian Muslims is no less dangerous”. Second, Muslims should ask themselves “if they want a reformed, modern Islam (jiddat pasandi modernity), or live with the old barbarism (vaishipan) of the past few centuries”.

The third claim is very personal. Describing his adherence to a particular form of religiosity, Shah argues, “I am an Indian Muslim and as Mirza Ghalib said years ago, my relationship with God is informal. I don’t need political religion.”

No rational mind would disagree with his first argument. The Taliban regime represents a clear threat to the very idea of religious tolerance and mutual co-existence of different faith communities. One must unequivocally resist it.

However, the problem arises with his second proposition. Like a visionary, Shah asks Indian Muslims to take a clear position on Islam. Interestingly, this query is posed as a multiple choice question with only two options: reformed Islam (modernity) or religious extremism (barbarianism).

The question is wrong. Modernity stands for a specific cultural context that does not necessarily produce progressive religious reforms. The Taliban, for instance, are a modern phenomenon, which evokes an instrumentalist reading of Islam to justify their political existence.  Shah, it seems, is guided by an outdated modernist assumption that Indian Islam needs reforms to face the challenges of the modern world. He is completely unaware of the fact that there is a strong Muslim middle class in India that does not find any contradiction between egalitarian Islamic principles and modern ideas. Even poor and marginalized Muslims are not attracted towards radicalism of any kind. They do not need any ulema or reformer to give them a prefect recipe for an ideal, reformed, modern Islam.

My research (based on various studies, including the recent Pew Survey on religion in India) also shows that aggressive Hindutva has failed to provoke Muslims towards religious extremism. It simply means that Muslim communities practise modern Islam in a variety of ways. Hence, asking them to prove their modernity and take a position on religious barbarism is an insult to their collective existence.

Shah’s self-obsession with his version of Islam as an ideal form is also questionable. Of course, everyone has his/her own way of relating to Allah. Ghalib, Shah, or Maududi cannot intervene in this intrinsic relationship. At the same time, this formal-informal link between a believer and Allah cannot be seen entirely as an individual pursuit. Shah wants us to believe that the public manifestation of faith, especially in political terms, would always be dangerous, communal, and violent.

This claim is based on a deeply one-sided imagination of modern politics. CSDS-Lokniti surveys have shown that Muslim communities participate in democratic politics with great enthusiasm. Their religious faith and its public manifestation do not become a hurdle in asserting their status as voters and citizens.

Shah actually follows the rigid conception of 19th-century European secularism that envisages a strict dividing line between the religion of an individual and his/her participation in politics. This form of secularism, the political theorist, Rajeev Bhargava, reminds us goes against the distinctiveness of the Indian version of constitutional secularism. Indian Constitution recognizes the cultural values of the public manifestation of religion to establish the unity in diversity principle.

This brings me to another interesting notion — the cultural Muslims. The former parliamentarian, film-story writer and lyrist, Javed Akhtar (who describes himself as an equal opportunity atheist) is a vocal representative of this community. Akhtar employs a theory of comparison. He compares the Taliban with the Rashtriya Swayamsevak Sangh /Hindutva; he compares the Taliban’s decision to impose a ban on working women with those who support the practice of triple talaq in India. He also compares Hindu extremism with Muslim fundamentalism in India.

These provocative comparisons are certainly important. There is a remarkable similarity between Hindu essentialism and Muslim extremism. However, one cannot universalize these similarities. Media-driven Hindutva politics that demonizes every aspect of collective Muslim existence in India does not need Asaduddin Owaisi, the Muslim Personal Law Board or the Shahi Imam to flourish. It has its own anti-Muslim agenda. Akhtar’s theory of comparison does not allow him to go beyond the dominant media-centric debates and discover the changing world of Indian communities.

Pasmanda politics, which has raised the question of caste-based social stratification among Muslims, is a good example to underline the limitations of Akhtar’s comparison-based secularism. The All India Pasmanda Muslim Mahaz, led by the former MP, Ali Anwar Ansari, has recently published a small booklet in Hindi, “Sampradayik Dhruvikaran ka Sahi Ilaj, Jaati Janganana ke Liye ho jaaye Taiyyar (To counter communal polarization, be ready for caste-based census)”. Contextualizing the exclusion of OBC Muslims, this booklet offers us a creative explanation of the complex relationship between Hindutva and the Muslim caste question. It argues that the inclusion of Muslim and Christian Dalits in the scheduled caste list is inevitable for a wider secularization of our policy discourse. This form of affirmative action-based secularism, the Pasmanda Muslim groups seem to claim, can help us have an alternative vision of secularism. Their slogan, “Dalit pichhada ek saman, Hindu ho ya Musalman” is more nuanced than the rigid secularism of cultural Muslims.

It would be completely inappropriate to disregard the opinions and views of great artists like Naseeruddin Shah and Javed Akhtar. They need not to do research projects before making public statements. Their freedom of expression must always be respected. At the same time, they are expected to be more informed, flexible and open. The liberal Islam/cultural Muslim framework they propose must accommodate subaltern voices and everyday forms of Islam. Otherwise, it would always remain elitist and exclusionary.

We must remember that Muslim communities do not have any platform to express their views and assert their opinion. Hindutva politics, Muslim politicians, the media, the ulema, liberal Muslims, cultural Muslims, researchers and political commentators make observations on their behalf and ask them to behave in certain acceptable ways.

Yet, Indian Muslims do not react. They remain calm, participate actively in democratic politics, and struggle for their rights as citizens in a constitutional manner. Their silence must be understood as a positive gesture in favour of democratic polity and social stability. After all, the subaltern cannot speak.