Advertisement
Home / Opinion / Letters to the Editor: Yes, women have the right to rage

Letters to the Editor: Yes, women have the right to rage 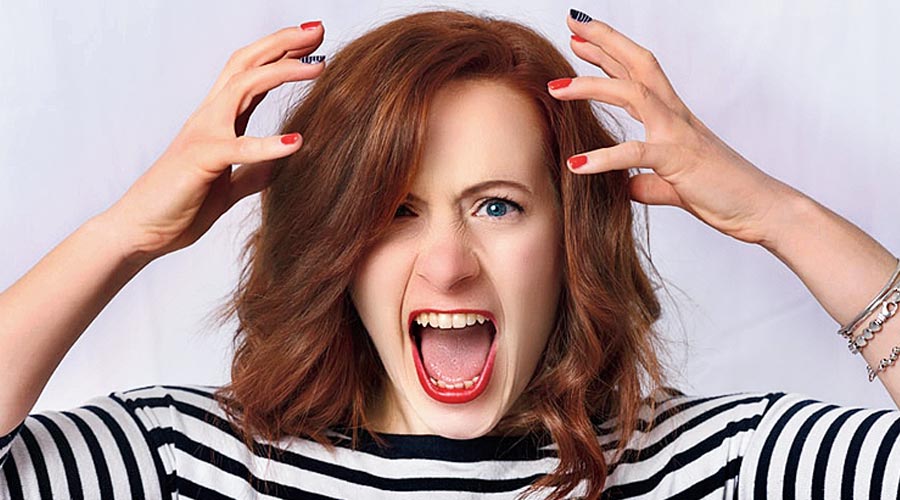 Sir — Anger is typically defined as a strong feeling of displeasure, hostility or aggression. It is, however, also a critically useful emotion — anger is often the human response to being threatened with indignity, physical harm, humiliation and unfairness. Everyone experiences anger. But studies show that while men who display anger at work gain influence, their female peers are penalized for losing their calm. Instead of acknowledging or managing anger, women are taught to fear, ignore, hide and transform it. But in a world where women are expected to shine at work and yet keep their homes running in perfect order, they can no longer be expected to do it all with a smile. Women have the right to rage.

Sir — It is not surprising that India abstained from the United Nations Security Council vote condemning Russian aggression against Ukraine (“India abstains with China”, Feb 27). Not only do India and Russia share a long-time defence and strategic partnership, but Moscow is also New Delhi’s most trusted ally from among the five permanent members of the UNSC. However, India must consider whether its aspirations to be a leading power in the region can be achieved without taking a clear stand on a conflict that threatens global security. Its ambivalence could also be read as tacit support for aggressive transgressions by a powerful nation against a weaker one, something that India itself has faced vis-à-vis China.

Sir — India is walking a tightrope when it comes to the Ukraine crisis. The non-alignment policy has benefited India in the past; the decision to stay neutral can thus prove to be wise. India’s swift efforts to evacuate its citizens stranded in Ukraine must be lauded. The authorities must also see to it that the evacuees, mostly medical students who were studying in that country, are enrolled in Indian colleges as soon as possible upon their return to India so that their career prospects are not affected.

Sir — India’s abstention on a procedural vote on whether to discuss the issue of Ukraine at the UNSC may damage its democratic image. India must never miss the opportunity to defend democracy from authoritarianism.

Sir — While India did abstain from the vote on the Ukraine crisis in the UNSC, a careful reading of its statement suggests that it did indirectly request Moscow to respect international law.

Sir — The West Bengal municipal elections were marred by violence and illegal practices such as rigging (“Over 1,000 charges of malpractices”, Feb 28). Allegations of malpractices have been levelled against the ruling Trinamul Congress. This is not the first time such charges have been made. Why, then, did the state Election Commission fail to maintain law and order?

Sir — February 28 is celebrated as National Science Day to mark the contributions of the eminent physicist, C.V. Raman. He won the Nobel Prize for his discovery of the ‘scattering of light’ phenomenon, which came to be known as the Raman Effect. The day is observed by educational institutions by organizing seminars and programmes to promote scientific temper among the youth.

Sir — The discovery of the ‘scattering of light’ by C.V. Raman has been useful in several fields over the years. The most important utilization has been in maintaining law and order — the police use a device known as the Raman scanner to detect illegal substances.

Sir — The recently released draft policy of the University Grants Commission raises concerns. It proposes to curtail the teacher-student ratio in higher educational institutions for disciplines like social sciences to 1:30 — previously it was 1:18. This will not only reduce job opportunities but also negatively impact the learning process. Worse, the brunt of this shortage will be felt in rural areas, which do not have enough full-time teachers.

The draft also recommended contractual teachers for professional programmes. This is bound to reduce the scope of recruitment for full-time positions. At a time when schools and colleges are limping back to normalcy, the guidelines may impede the quality of higher education.

Sir — Smoking has become a menace. Around 270 million people above the age of 15 consume tobacco in India. The government needs to take drastic steps to save the youth, including increasing the tax on tobacco products.

Sir — Addiction to cigarettes is waning owing to a combination of laws preventing smoking in public places and the increasing cost of tobacco products. This is not to mention the growing awareness among people about the ill-effects of tobacco smoking. Yet, once begun, it is difficult to quit. A policy, such as the one planned by New Zealand, that will not allow generations born after a certain year to ever start smoking is the most desirable.