Advertisement
Home / Opinion / Letters to the Editor: Work-life balance is a pipe dream for Indians

Letters to the Editor: Work-life balance is a pipe dream for Indians 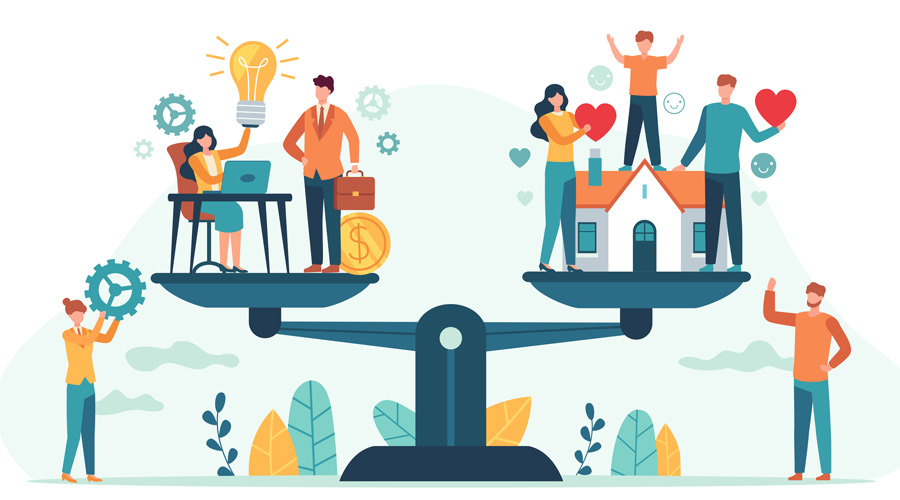 Sir — Belgium has announced that it will be offering employees a four-day workweek as part of the changes in its labour laws. Although employees will have to work for 10 hours a day, the change will allow Belgians to put in more hours one week and fewer in the following. Many other countries have either shifted to a truncated workweek or are considering the change. In contrast, most Indians continue to break their backs for six days a week, often for more than 12 hours a day. Vacations are frowned upon and employees are expected to take on extra workload without compensation. Achieving work-life balance is a pipe dream for Indians.

Sir — The sweeping victory of the Dravida Munnetra Kazhagam-led Secular Progressive Alliance in the urban local body elections in Tamil Nadu shows that the party has been able to garner the support of the masses. The DMK won all 21 city corporations and 128 out of the 138 municipalities. The chief minister of Tamil Nadu and DMK supremo, M.K. Stalin, has proved that he is a leader par excellence. The DMK’s commitment to development is one of the key reasons for its success.

On the other hand, the Bharatiya Janata Party and the All India Anna Dravida Munnetra Kazhagam have failed to adequately address the immediate concerns of the people. Political parties must understand that any attempt to divide the people of Tamil Nadu along religious lines will only backfire.

Sir — One of the major reasons for the DMK’s victory in the urban local body polls is the infighting plaguing the AIADMK. But M.K. Stalin, too, must be lauded for his astute leadership and his party’s unflinching dedication to the social and economic well-being of the common people. The DMK must continue to work hard to retain the support of the masses.

Sir — The BJP’s failure to realize that its Hindutva rhetoric will not hold water outside the Hindi belt has led to repeated defeats in states like Tamil Nadu and West Bengal. The BJP must reflect on its tactics.

Sir — The death of Anis Khan, a 27-year-old student leader from Kalyani University, under dubious circumstances has triggered protests from several corners of society (“Rally to SP office over Anis death”, Feb 28). Reports indicate that four men — allegedly one of them was in police uniform — came looking for Khan and he was found dead outside his home soon after. A special investigation team has been constituted to probe the death and at least two suspects are in custody. The West Bengal government must ensure that law enforcement agencies prioritize this case. The investigation into Khan’s death must be handled swiftly and sensitively. The student community needs to be assured that justice will be served.

Sir — Anis Khan was a dedicated student activist and a source of strength for his peers. His death has led many to suspect foul play. The authorities must conduct a thorough probe to determine the reason for Khan’s death.

Sir — A report by the Wildlife Institute of India has revealed that the Sunderbans might have too many tigers for comfortable coexistence in the region. While it is certainly good that the tiger population has increased in the country, the overpopulation of big cats in the wild opens up the possibility of them straying into human habitats. The forest department will need to ensure the safety and well-being of the tigers while protecting human lives in the Sunderbans. It might be wise to consider shifting some of the tiger population to other appropriate locations — for instance, the Buxa Tiger Reserve — so that there is minimal possibility of human-tiger conflict.

Sir — The United Nations Environment Programme recently released its annual Frontiers report and laid stress on the need to address several environmental challenges on a war footing. The report predicted that wildfires will increase in frequency in the coming years and will have a devastating impact on human health and environment. Other issues of concern are noise pollution in urban areas and phenological changes — climate change is affecting life cycle patterns of many species. It is essential that countries adopt appropriate measures to mitigate these problems.

Sir — While it is true that the Hindi film industry is notorious for nepotism, Kangana Ranaut’s constant attacks on the children of actors have steered the conversation towards an unpleasant direction. Her disparaging remarks on Alia Bhatt — Ranaut questioned Bhatt’s intelligence — were in poor taste and must be condemned. Ranaut must be penalized for her behaviour.

Sir — Madhabi Puri Buch has been appointed as the new chairperson of the Securities and Exchange Board of India. It is heartening to see women take up leadership positions in institutions that have been predominantly helmed by men.