Advertisement
Home / Opinion / Letters to the Editor: With enough resources, women's football in India can shine too

Letters to the Editor: With enough resources, women's football in India can shine too 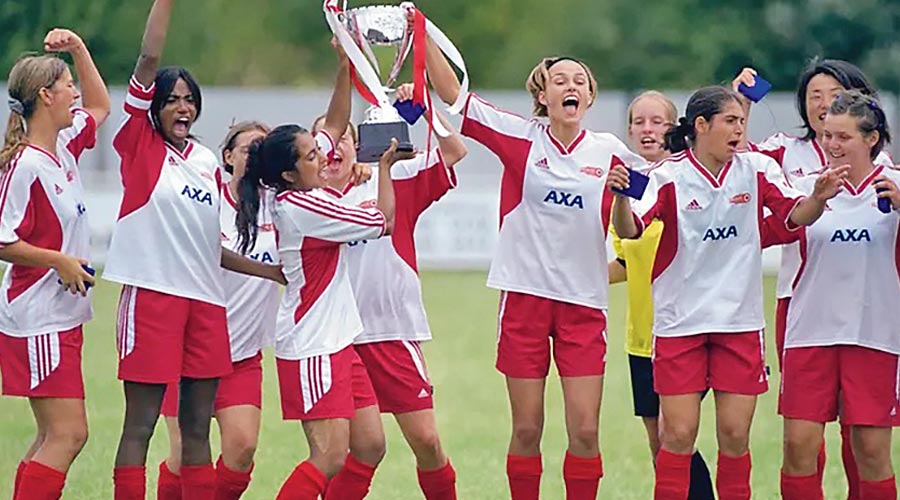 Sir — When the film, Bend It Like Beckham, was released in 2002, few girls could dream of a career in football. Not only was there a lack of resources but a number of cultural factors would also stand in the way — just like the film’s protagonist, Jesminder, most girls would be discouraged by their parents to pursue football. Twenty years on, women’s football is fast becoming one of the most lucrative sports in the world — the tickets for the Women’s European Championship final at Wembley sold out in less than an hour. Unfortunately, women’s football in India is yet to catch up. The Indian women’s cricket team has steadily risen on the popularity charts. With adequate resources, the football team, too, can do the same.

Sir — Pakistan’s Parliament has chosen a new prime minister, Shehbaz Sharif. The replacement of Imran Khan by a more temperate politician has opened up possibilities of mending the relationship between India and Pakistan. The ties between the two nations are in a shambles. Sharif is a realist and makes no bones about taking up onerous tasks.

It is unfortunate that Khan has claimed that a foreign conspiracy led to his removal from power. However, it is Khan’s own missteps that are responsible for this outcome. Hopefully, the changing tides in Pakistan will usher in a brighter future for the nation.

Sir — Shehbaz Sharif has said that Pakistan wants to maintain good ties with India (“Pak offers hand and Kashmir fist”, April 12). He believes that this would not be possible without a peaceful resolution of the Kashmir crisis. The differing positions of the two countries on how to resolve the problem has stalled progress. As long as the Pakistan army interferes in the matters of the executive, it will be difficult to find a solution.

Sir — The Election Commission has told the Supreme Court that offering or distributing freebies, either before or after elections, is a policy decision of the party concerned. It is up to the voters to decide if such policies are financially viable for the coffers of the State. The EC has stated that any intervention in this matter, without enabling its provisions in the law, would be an overreach of its powers. The EC rules must be amended to meet the emerging needs of the electoral process in India.

Sir — The article, “Paranoia’s prisoners” (April 9), by Ramachandra Guha has clearly demonstrated the dangers posed to the democratic ethos of the nation by the forces of Hindutva. The Bharatiya Janata Party has been able to convince a large chunk of the Hindu population that it would restore the so-called lost glory of the nation. If the BJP truly wants to rectify the historical wrongs faced by Hindus, it should address the indignities suffered by Dalits even today.

Sir — Ramachandra Guha’s timely deliberations on the growing communal divisions in Karnataka show how the BJP government has failed to arrest the crisis. The attempts by Hindutva groups to ban the hijab, halal meat, and the azan reflect poorly on the state of our nation. Guha is right to say that peaceful and prosperous societies cannot be built by hate and paranoia.

Sir — It is shocking that Cristiano Ronaldo, one of the most celebrated footballers of all time, smashed the phone of a young fan in a fit of rage after Manchester United lost a match to Everton during the English Premier League. Ronaldo was upset by the result of the match. But a player of his stature and experience is expected to have a better grip over his emotions. If players feel that they are not in a position to interact with their fans, they must leave the field swiftly and discreetly through a separate exit. Such displays of rage negatively impacts young fans’ perception about the game.

Sir — Food allergies affect a significant section of the population. People are sensitive to lactose, gluten, casein and innumerable other naturally-occurring ingredients in food. Thus, food manufacturers should provide a detailed list of the ingredients present in food items and mention possible allergens prominently. Such measures will enable consumers to make informed choices. This will not only ensure consumer safety but will also reduce food wastage.

Sir — The British writer and director, Lolita Chakrabarti, and the cast of the stage adaptation of Yann Martel’s acclaimed book, Life of Pi, must be congratulated for sweeping the prestigious Olivier Awards (“Life of Pi sweeps UK Olivier awards”, April 12). The play won five awards, including one by Hiran Abeysekera for the category of best actor.
Interestingly, the award for the best actor in a supporting role was jointly won by the seven performers who all played the role of the tiger, Richard Parker. There is no doubt that it is incredibly difficult to adapt a story of such intricacy and magnitude for the stage. If the play were to be performed on a Calcutta stage, it would certainly open to a full house.