Letters to the editor: Travel website cashes in on slum-dwellers lives

Readers write in from Bengaluru, Calcutta, Nainital, Nadia and Mumbai 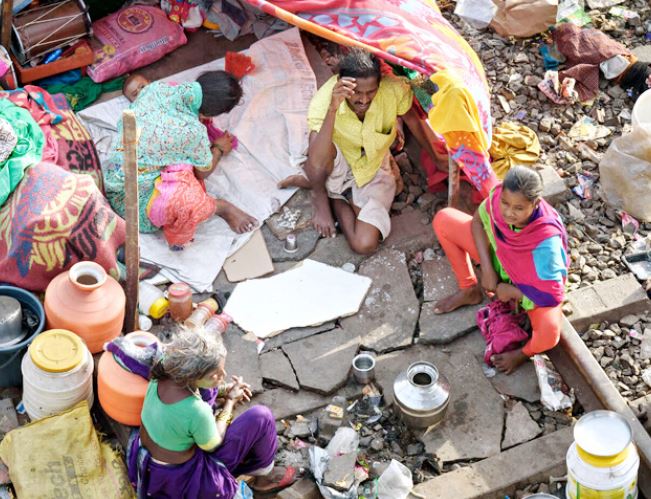 Sir — A travel website is offering tourists a sneak peek into the lives of slum-dwellers in New Delhi as part of one of their packages. The idea of selling poverty is not new — a study shows that Dharavi, a slum in Mumbai, beats even the Taj Mahal — a literal wonder of the world — as a popular tourist destination. Slum tourism monetises the lives of those without economic and social privilege while hardly ever benefiting the residents. Slum tourism, then, constructs a world where tourists look at slum-dwellers through the gaze of their privilege, never quite questioning or critiquing the power dynamics.

Sir — The Supreme Court has finally granted bail to Siddique Kappan, the journalist from Kerala who was arrested under the Unlawful Activities (Prevention) Act (“700 days later, a basic right”, Sept 10). However, Kappan has already spent close to two years in jail even though he was not proven guilty in any court of law. The apex court rightly observed that every person has the right to free expression.Kappan’s arrest was yet another instance of the brazen attempts of the Uttar Pradesh police to intimidate and silence those critical of the chief minister, Yogi Adityanath, and his governance.Until those abusing the power of arrest are held accountable and brought to justice, no amount of judicial castigation from the courts will yield any result.

Sir — The apex court has, once again, upheld the principle that bail is the rule and jail the exception by granting freedom to Siddique Kappan. The alacrity shown by the new Chief Justice of India, U.U. Lalit, in granting bail to Kappan must be lauded. It is time the Bhima-Koregaon case was taken up and examined by the court too. Unless the police and investigative agencies can produce concrete evidence, those arrested in that case must be allowed to go free.

Sir — Siddique Kappan has been granted bail after spending over 700 days in jail. There is no doubt that more of his time will be wasted owing to the trumped-up charges against him, leaving him with little opportunity to pursue fearless journalism.

Sir — The disengagement of troops at the Gogra-Hotsprings region in Ladakh is proof that China only understands the language of strength. If India had not repeatedly asserted in various international fora that relations between the two countries cannot be normalised unless China stands back from border confrontations, Beijing would not have relented.The upcoming meeting of the Shanghai Cooperation Organisation, which will be attended by both the Indian prime minister and the Chinese president,is another reason for the disengagement. Even if the leaders of the two countries do not meet, it is necessary to send China the message that India is not ready to bow to its military grandstanding.

Sir — The Employees’ Provident Fund Organisation has proposed to increase the age of retirement in the nation. The increase in life expectancy may be causing a shortage of funds for the EPFO, which is having to provide benefits to retirees for longer durations. According to a National Statistics Office report released in 2021, the population of senior citizens is likely to increase by 41 per cent by 2031 owing to an increase in life expectancy.Increasing the age of retirement can only help the EPFO in the short run. There needs to be a long-term solution to take care of the elderly.

Sir — Life-saving medicines can turn destructive in the wrong hands. A study published in The Lancet states that about 47 per cent of the antibiotics consumed by patients undergoing private treatment in India in 2019 did not have the prior approval of the drug regulator.This is bound to have had an adverse effect on the health of citizens.One of the reasons why people consume medicines without proper information about them is the absence of comprehensive medical insurance in India. People who cannot afford hospitals buy medicines without prescriptions. The overuse of antibiotics often leads to drug resistance. The way forward is to restrict the sale of antibiotics without prescription. The government and the drug regulatory authorities must take stern steps to curb the indiscriminate consumption of antibiotics.

Sir — Chilean voters’ decision to reject a new Constitution that would have replaced the 1980 charter written under the brutal military dictatorship of General Augusto Pinochet could deepen the country’s political divisions and throw its future into uncertainty.Politicians should provide them a document that they would support.