Advertisement
Home / Opinion / Letters to the editor: The present-day Englishman can take punkha lessons from the past

Letters to the editor: The present-day Englishman can take punkha lessons from the past

Readers write in from Birmingham, Calcutta, Gaya and Ujjain 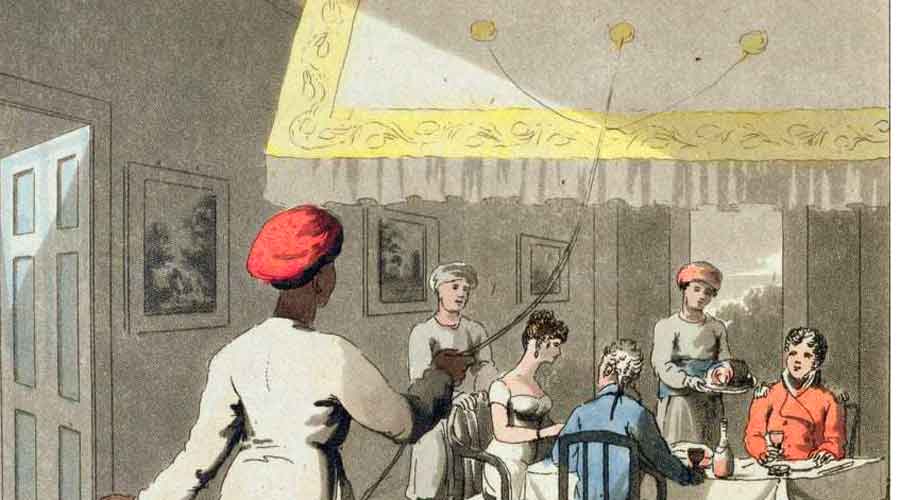 Sir — Sleep is a luxury that, like all other precious things, people can kill for. As the United Kingdom experiences unprecedented temperatures, one is forced to wonder how the Britons stuck in India’s tropical climate during the raj fared. The sleepless minders of the Empire employed Indian servants who would pull the rope of a punkha night and day. Without whom colonial governance would have suffered from serious lapses owing to sleep deficit. The present-day Englishman does not have access to a punkhawalla; but he can take lessons from the past and use a portable haath pakha to stay cool.

Sir — A three-judge bench of the Supreme Court led by D.Y. Chandrachud has ordered that the Alt News co-founder, Mohammed Zubair, be released immediately on interim bail in all FIRs registered against him by the Uttar Pradesh Police and that these FIRs be clubbed and transferred to the Delhi Police’s special cell. This is heartening and restores people’s faith in the judiciary. The court has also drawn some red lines that authorities should keep in mind before acting against individuals on the flimsiest of reasons — they include assumed hurt to sentiment, reputation, and fame of individuals, organisations, faith or in ‘national interest’. The challenge before the judiciary is to ensure that its words are followed in letter and spirit by those who have the power to throw citizens in jail.

Sir — The two judgments of the Delhi court and the Supreme Court, respectively, granting interim bail to Mohammed Zubair, should be treated as precedents when it comes to spurious cases that are often filed against journalists and activists these days. People cannot be stopped from speaking their minds.

Sir — The targeting of Mohammed Zubair and his 23-day imprisonment underline an uncomfortable fact about India: journalists can be punished by the State at will for speaking the truth. Zubair’s bail is an exception that proves the rule. In 2020, for example, a journalist, Siddique Kappan, was arrested by the Uttar Pradesh Police while on his way to report on the alleged gang-rape and murder of a young Dalit woman in Hathras. Almost two years later, Kappan is still in jail, with the Uttar Pradesh Police claiming that he has links with banned Islamist groups. India’s broken justice system means that the journalist has now undergone a significant prison sentence while he is yet to be convicted of a single charge.

Sir — From vegetables and rice to cooking gas and detergent, most everyday items in India are becoming more expensive owing to the goods and services tax and inflation. Many have thus been pushed to rein in their spending. People are struggling to make ends meet and cutting back on basic necessities. As such, small luxuries — I use the word relatively — like a trip to the rath er mela for jilipi and papad are now out of reach for many ordinary citizens.

Sir — Endangered whale sharks are getting stranded on the shores of Andhra Pradesh and dying. The state’s shores are heavily industrialised with busy ports and fishing operations, complicating efforts to save the species. The whale shark can grow up to 50 feet in length and is the largest shark species on the endangered list of the International Union for Conservation of Nature. India has fewer laws and regulations protecting sharks and rays than other Asian nations. Since 2021, fishermen in Andhra Pradesh have noticed an increase in whale shark sightings along the coast of Visakhapatnam. The whale shark is a pelagic species, which means that it lives in open water, both deep and shallow. Its migratory patterns cause it to travel between exclusive economic zones and into the high seas over the short term while also migrating farther away from shore over its lifetime. Whale sharks are also known to come inshore, closer to the coast, to feed. This could be a reason for it getting caught in nets near the shore. Incentivised conservation programmes could be one way of increasing the engagement of local communities in marine conservation on the coast and at sea.

Sir — The Supreme Court recently dismissed a plea seeking a modification of India’s Covid-19 policy to allow voluntary re-vaccination of persons who have been administered Sputnik V. The petitioner is unable to go overseas since the World Health Organization has not certified Sputnik V in its approved list of vaccines. Yet, the apex court has, time and again, reiterated that this right to travel abroad is covered by Article 21. The court should have considered the fact that thousands of Indians who wish to go abroad cannot do so because, for all practical purposes, an individual vaccinated with Sputnik V is regarded as unvaccinated.