Letters to the editor: The looming danger of nuclear muscle flexing

Readers write in from Calcutta, Chennai, Faisalabad, Siliguri and Kerala 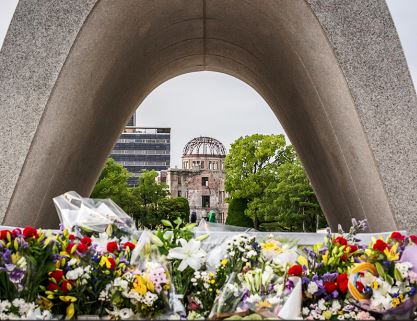 Sir — The brutalities of World War II are recalled every year in August on the anniversaries of the nuclear bombings of Hiroshima and Nagasaki in 1945. These incidents not only brought an end to the war but also killed and maimed thousands of innocent people. This year, António Guterres, the secretary-general of the United Nations, observed that the world is at the risk of “nuclear danger not seen since the height of the Cold War”. While it is true that the number of nuclear weapons has declined significantly since the Cold War — only nine countries have nuclear weapons — Russia has made it amply clear that it will not shy away from using nuclear weapons. If any country uses nuclear weapons, it would spell doom for the world at large.

Sir — The Commonwealth Games 2022 has come to an end. Indian players have brought home a total of 61 medals — 22 gold, 16 silver and 23 bronze. Unfortunately, shooting — India has won a total of 135 medals in this category at the CWG so far — was excluded from the final list this year. Tennis, archery and Greco-Roman wrestling were also missing from the list. Had they been included, India’s medal tally would likely ave been higher. Nevertheless, Indian athletes left their mark on diverse sporting events. India’s medal tally shows it is improving its stature in the international sporting arena.  Venu G.S., Kollam, Kerala „

Sir — The removal of certain sporting events from the CWG 2022 had put added pressure on the participating Indian athletes. The withdrawal of Neeraj Chopra on account of an injury was also disheartening. But Indian athletes performed well and won multiple gold medals in weightlifting, wrestling, boxing and badminton. This is a proud moment for India.

Sir — India finished fourth at the CWG 2022 by winning 22 gold medals. Both men and women in the weightlifting contingent — Mirabai Chanu won the first gold medal for India — performed remarkably well. The Indian government must appreciate the contributions of all the athletes who took part in the Games.

Sir — The article, “Learning machines” (Aug 8), by Sukanta Chaudhuri was eye-opening. He writes, “In today’s India, practices once thought harmful or illicit are routinely legitimised...” This is unfortunately true. The Covid-19 pandemic had disrupted the education system in India. Students have had to rely on online modes of teaching and evaluation for over two years. While it has been a steep learning curve for all, students belonging to the lower socio-economic rungs of society are disproportionately affected. Most do not have access to a suitable digital device or a dependable internet connection. The Indian education system must return to its pre-pandemic structure.

Sir — The Covid-19 pandemic forced millions of students around the world to adapt to online education. But it was evident early on that online education cannot be a substitute for in-person learning. Children learn crucial life skills in the classroom as they interact with teachers and peers. Now that the spread of the virus is relatively under control, educational institutions should revert to the time-tested methods of in-person teaching.

Sir — The veteran actor, Rajinikanth, recently met the governor of Tamil Nadu, R.N. Ravi, for a ‘courtesy call’. While Rajinikanth admitted that the two did discuss politics, he refused to reveal further details, insisting that he had no desire to embark on a political career. There is no reason to give undue importance to this meeting yet. In 2020, Rajinikanth had almost taken the electoral plunge but decided to back out at the last minute citing ill health and the pandemic. Neither the common people nor the media should overanalyse his actions.

Sir — Rajinikanth’s meeting with the governor of Tamil Nadu comes at a time when the superstar is reportedly shooting for his next big production. Whenever there is a dip in Rajinikanth’s popularity or a new release is around the corner, the actor tends to fan rumours about his foray into politics. But the people of Tamil Nadu have witnessed this trick far too many times to fall for it.

Sir — Climate change has increased the frequency of natural calamities, such as severe storms, cyclones, forest fires, floods, among others. The intensity of tropical cyclones, especially in the Arabian Sea, has steadily risen over the last few years. Climate change is also making weather prediction difficult — the director of the India Meteorological Department has stated that the heavy rainfall events have increased and those of light rainfall events has decreased. These are dangerous trends.  The IMD is bolstering its observational network with the augmentation of radars, automatic weather stations as well as rain gauges and satellites to improve predictability. But it will require the combined efforts of the government and the people to stall the ravages of climate change.

Sir — Calcutta has witnessed inadequate rainfall this monsoon. Other parts of the country, too, have recorded unusual levels of precipitation. This is a sign. We must take care of the environment before it is too late.