Advertisement
Home / Opinion / Letters to the Editor: The latest Batman has the most ominous portrayal of the caped crusader

Letters to the Editor: The latest Batman has the most ominous portrayal of the caped crusader 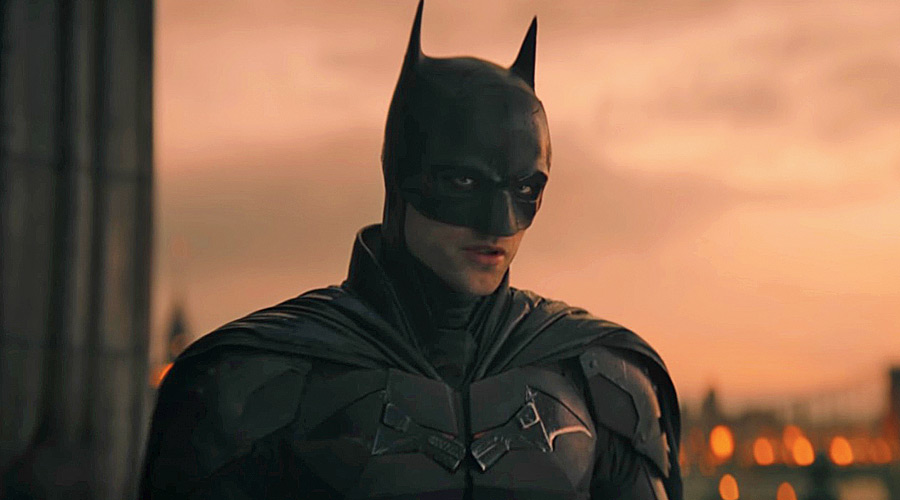 Sir — The character of Batman has undergone a sea change since his first appearance in 1939 in comic books. While he has always been a vigilante, he has not always been brutal and intimidating. Batman has a long history filled with plenty of comedy and drama. The story of how the campy Batman of the 1960s transformed into the solemn one of today mirrors the elevation of comic books from belittled children’s fare to the subject of academic inquiry and box-office-breaking action movies. The latest film in the franchise, starring Robert Pattinson, perhaps has the most ominous portrayal of Batman yet. The caped crusader is elusive, imperfect, and not very different from the criminals he hunts.

Sir — The Congress Working Committee, which met after the recent poll drubbing in five states, steered clear of a change in leadership (“Congress keeps off sniping”, Mar 14). This highlighted the clout that the Nehru-Gandhi family still has in the Congress. But the party must get to the root of its humiliating performance. Perhaps the chintan shivirs held by the CWC could help in this regard. The Congress must realize that fighting the Bharatiya Janata Party electorally is not enough. What is needed is to understand its brand of Hindutva and set about challenging that.

Sir — The interim Congress president, Sonia Gandhi, offered to resign from the top post after her party’s defeat in the assembly polls. However, Congressmen, including most of the dissenting G-23 leaders who had earlier expressed concern about the party’s style of functioning, endorsed her leadership until an organizational election is held. This procrastination might cost the Congress dearly (“Think fast”, Mar 16). With the Aam Aadmi Party gaining ground in Punjab and Goa, the Congress needs an overhaul if it does not wish to be replaced as the face of the Opposition.

Sir — The ruinous state of the Grand Old Party is deplorable. The 137-year-old political party, which was the face of the Indian freedom struggle, is now approaching oblivion owing to repeated losses at the hustings. Yet, the party has not taken steps to mend its ways. Even the latest CWC meeting, which was called to reflect on the party’s shortcomings, failed to yield anything substantial. The relevance of the Congress in Indian politics is now debatable. It is high time the party gets rid of sycophants who serve the interests of a handful.

Sir — It is unfortunate that the former chief justice of the Rajasthan High Court, Akil Kureshi, was never elevated to the apex court in spite of having an unblemished record and being one of the senior-most members of the judiciary (“Unclear picture”, Mar 16). It may not be wrong to speculate that his 2010 order remanding the current Union home minister, Amit Shah, to CBI custody in the Sohrabuddin encounter case might have had something to do with the snubbing. Several renowned judges have, in the past, endorsed Justice Kureshi’s elevation to the top court. The fact that he retired without getting due recognition is a blot on the judiciary.

Sir — It might not have been wise of the Trinamul Congress chief, Mamata Banerjee, to field Babul Supriyo for the Ballygunge bypoll (“Didi’s picks: Shatru and Babul”, Mar 14). Ballygunge has been a TMC stronghold, previously held by the stalwart, Subrata Mukherjee, who passed away last year. Fielding a Bharatiya Janata Party turncoat like Supriyo from the prestigious seat sends a wrong signal. The TMC’s eye on immediate gains could end up hurting the party’s interests in the long run.

Sir — The editorial, “Welcome to the new show” (Mar 13), outlines the rise of over the top platforms. Such platforms have transformed cinematic content. Even A-list movie stars are appearing and investing in OTT shows. The reason behind the OTT boom might be its ability to reach a wider audience — the content can be accessed on mobile phones. OTT platforms also offer film-makers more creative space. The downside to the popularity of OTT platforms is that they may end up replacing the experience of theatre-going.

Sir — OTT platforms have revolutionized how film scripts are conceived. But even better is the proliferation of the mini-series. These have scope for detailed characterization, but do not stretch the script beyond imagination like teleserials.

Sir — The Brihanmumbai Municipal Corporation must not allow the city’s water supply to be wasted on Holi festivities. For instance, housing societies often organize ‘rain dances’ with a constant shower of water beneath which revellers play Holi. This is not only costly but also strains Mumbai’s limited water resources. People must be encouraged to play Holi with dry colours.

Sir — A bucket usually holds 15 litres of water and people waste at least two buckets of water on Holi. If five lakh people play with water on Holi, then 150 lakh litres of water would be wasted. This seems criminal at a time when an estimated 55 million people globally are affected by droughts every year.