Advertisement
Home / Opinion / Letters to the Editor: the key to healing the world can be found in nature itself

Letters to the Editor: the key to healing the world can be found in nature itself

Readers write in from Guwahati, Jamshedpur, Mumbai and Calcutta 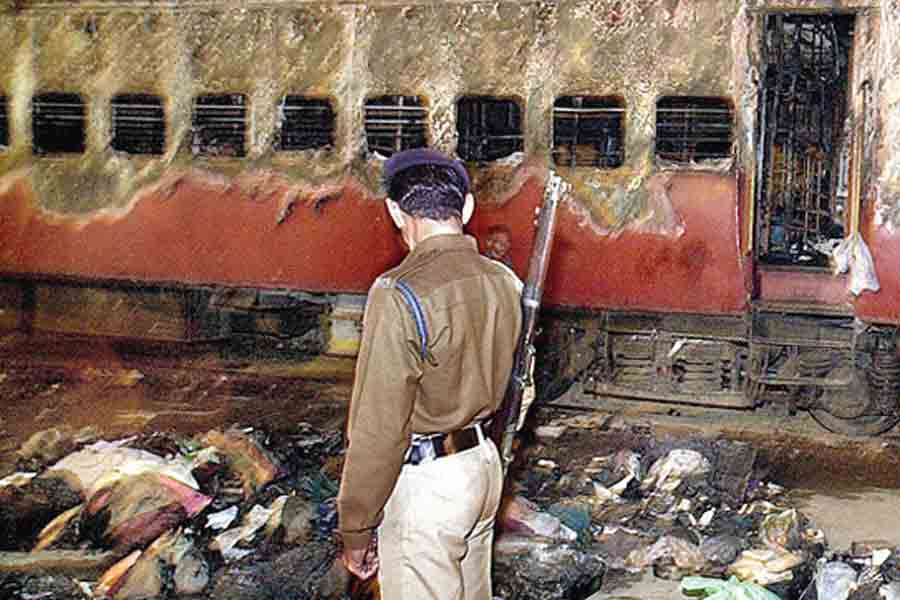 Sir — Human apathy is perhaps the most potent challenge to fighting climate change. This could be why nature has taken matters into its own hands. Latest research has found that sea otters — hunted to the brink of extinction for their fur — can help fight climate change by trapping carbon and storing it as biomass and deep-sea detritus. This goes to show that given a chance — even a marginal reduction in human activity can have a significant impact as was proven by the lockdowns — nature can revive itself. The more significant takeaway from this finding, though, is that the key to healing the world can be found in nature itself. Humans need only to turn the gaze away from themselves in order to find it.

Sir — The rising intolerance in the country — from the vandalization of churches to hate speeches against minority communities — has prompted the faculty, students and staff of the Indian Institutes of Management Bangalore and Ahmedabad to pen a letter to Narendra Modi, urging him to end his silence on burning issues (“Appeal from IIMs to PM to end silence on hate”, Jan 9). The letter informs the prime minister that his indifference can end up emboldening the criminals. However, such letters have not received any response in the past — either from the prime minister or the president. There is no reason to believe that the latest one will yield any positive outcome.

Sir — It will not be wrong to say that the perpetrators of violence and hate speeches have the tacit consent of the ruling party. What else explains the silence of the prime minister and the president in response to a letter written to them last month by army veterans demanding intervention against an open call for genocide of Indian Muslims? The letter by the IIMs is unlikely to fare better.

Sir — It is heartening that counselling for the National Eligibility-cum-Entrance Test (Postgraduate) will resume from today after a delay of four months. The results of NEET were declared in September, but the counselling had been stalled as the Centre’s bid to reserve 10 per cent seats for economically weaker sections and 27 per cent for other backward classes was challenged in court. This led to a strike by resident doctors, which put severe strain on an already beleaguered healthcare system. Better sense seems to have prevailed at last.

Sir — A school in Kerala has taken a big step towards ensuring gender-neutrality in educational spaces by adopting the term, ‘teacher’, instead of the salutations, ‘sir’ and ‘madam’. The use of gender-neutral language will surely help young minds break free of a patriarchal mindset.

Sir — Once again, Kerala stands out for encouraging reforms in the education sector with a school adopting a gender-neutral way of addressing educators. One hopes other schools in and out of the state will follow suit. It is time we abandon age-old biases and keep up with the times.

Sir — In his piece, “Grim anniversary” (Jan 1), Ramachandra Guha draws parallels between the Sikh pogrom of 1984 and the 2002 Gujarat pogrom. He writes that “[i]n both cases, the politician who was in charge when the pogrom occurred — Prime Minister Rajiv Gandhi and Chief Minister Narendra Modi, respectively — made substantial political capital out of the violence, by winning elections held soon afterwards, their campaigns replete with dog whistles and calumnies against the minorities.” Given that the Congress has mostly campaigned on a secular platform — in fact, it has routinely been accused of ‘minority appeasement’ — a communal campaign by the the party would not have gone unnoticed even in the days before 24-hour news channels and mobile cameras. If Guha has access to evidence to the contrary, one hopes that he will put it in the public domain.

Further, Guha also states that the “the death of fifty-nine pilgrims in a coach of the Sabarmati Express provoked savage retribution against thousands of innocent Muslims who had nothing to do with the arson.” This overlooks vital details, such as the fact that the train had kar sevaks on board who were chanting slogans offensive to Muslims. It is also important to note that Modi termed the Godhra incident “a one-sided collective violent act of terrorism from one community”, contradicting the local district magistrate.

Guha’s piece appears to be critical of Modi for his lack of contrition, but it fails to acknowledge that unlike Rajiv Gandhi, Modi made a political career out of his ‘Hindu Hriday Samrat’ image created in the aftermath of 2002. Rajiv Gandhi, on the other hand, signed an accord with the insurgent Akali leader, Harchand Singh Longowal, initiating the process of reconciliation that the Congress has undertaken over the years, which Guha has referred to.

Analogy is a useful tool, but perfect analogies are impossible. Good writing recognizes and works within the limits of the analogy. Guha’s historical parallel is an attempt to try to tell a story of two parties that erred, one with subsequent contrition, the other without. However, by not elaborating on the distinction between the two more explicitly, it does disservice to the reader.