Letters to the Editor: Sometimes, laughter indeed is the best medicine 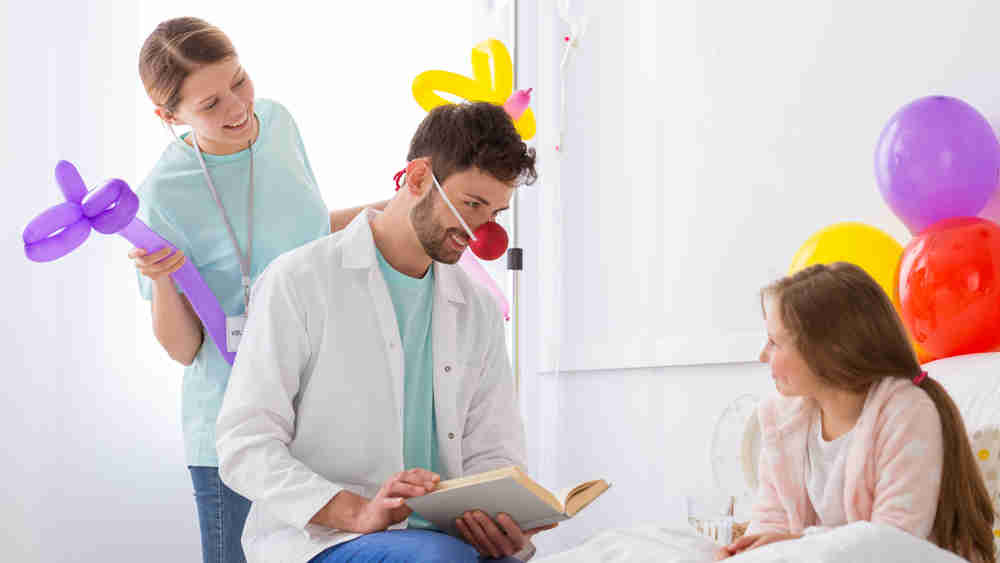 Sir — An organization based in Delhi has come up with a novel way of cheering up patients in hospitals by making them laugh. Known as ‘clownselors’, the volunteers don red noses and colourful wigs in an attempt to reduce the pain and anxiety experienced by patients. Although medical clowning can be therapeutic for both pediatric and adult patients, medical practitioners in India are largely unaware of its benefits. Not only can it help distract from excruciating pain but can aid in reinvigorating those who have lost their will to fight. Sometimes, laughter indeed is the best medicine.

Sir — The Covid-19 pandemic has made the healthcare industry worldwide realize the need for digitization. In 2018, a report by Econsultancy revealed that only seven per cent of healthcare and pharmaceutical companies had gone digital, compared to 15 per cent of companies in other industries. These numbers have surely changed since the outbreak of the pandemic.

There is much to be learnt from existing programmes like the Electronic Health Record in Austria which simplifies the process of accessing health records for medical personnel and patients, making it easier for doctors and hospitals to view the patient’s medical records during treatment through one link. Adoption of such measures can vastly modernize the medical sector.

Sir — The adoption of digital medical services is the need of the hour. But such measures can only be helpful in countries with high digital penetration. India has a long way to go before such digitized medical services can be properly implemented.

Sir — The recently-held meeting of the Congress Working Committee has made it amply clear that the Gandhis will not be relinquishing their hold over the party anytime soon (“In charge”, Oct 19). Sonia Gandhi will remain at the helm of affairs, and Rahul Gandhi, no matter his outward show of reluctance, seems to be in charge of all major organizational decisions.

While it is good that there is internal clarity about who will lead the party in the future, it is time that the Congress made its decision public. Regional leaders like Mamata Banerjee, M.K. Stalin and Sharad Pawar are already gearing up for the 2024 Lok Sabha elections. If the Congress delays the announcement any longer, it will erode public confidence in the party even further and cost it the crucial assembly polls in Punjab and Uttar Pradesh. Rahul Gandhi must step up to his role.

Sir — It is unfortunate that Sonia Gandhi did not adequately address concerns about leadership raised by the G-23 leaders at the CWC meeting. The Grand Old Party has instead decided to continue under the interim president till September 2022.

The Congress must realize that a year’s delay in announcing the president will only complicate matters. A clear decision would have been beneficial in resolving some of the internal problems which now threaten the party’s performance in the upcoming assembly polls. Rahul Gandhi should stop dragging his feet and take charge immediately.

Sir — The Congress has been plagued by endless internal strife ever since Rahul Gandhi resigned as party president in 2019 after its loss in the Lok Sabha elections. This infighting has decimated the credibility of the party. The Congress may not regain its lost glory anytime soon, but it will still be an important player in the 2024 elections. Rahul Gandhi must pull up his socks if he is serious about defeating the Bharatiya Janata Party in the next Lok Sabha elections.

Sir — It was shocking to read that India is currently ranked at 101 among 116 countries on the Global Hunger Index, far below neighbours like Nepal, Bhutan or Bangladesh (“Free fall”, Oct 19). India was already struggling with malnutrition, stunting and chronic hunger but the fight has been exacerbated by the outbreak of Covid-19. Paradoxically, India also has the dubious distinction of being one of the most obese nations in the world.

The primary problem is the unequal distribution and improper storage of food. Every year, thousands of tonnes of rotten foodgrain need to be burnt because of poor storage. Unless the government recognizes the faults inherent in the system, there is no scope for improvement.

Sir — The Indian government’s dismissal of the findings of the GHI allegedly owing to faulty methodology is not convincing. Although the 2021 Global Hunger Index reported that India falls under ‘serious’ level of hunger at 27.5, the report also concedes that the country has made substantial progress in child nutrition since 2000. If India hopes to progress, it must accept both praise and criticism and take necessary measures to make up for its shortcomings.