Readers' Speak: Consider the plight of thousands of citizens with mental illness who have to face similar harassment in everyday interactions 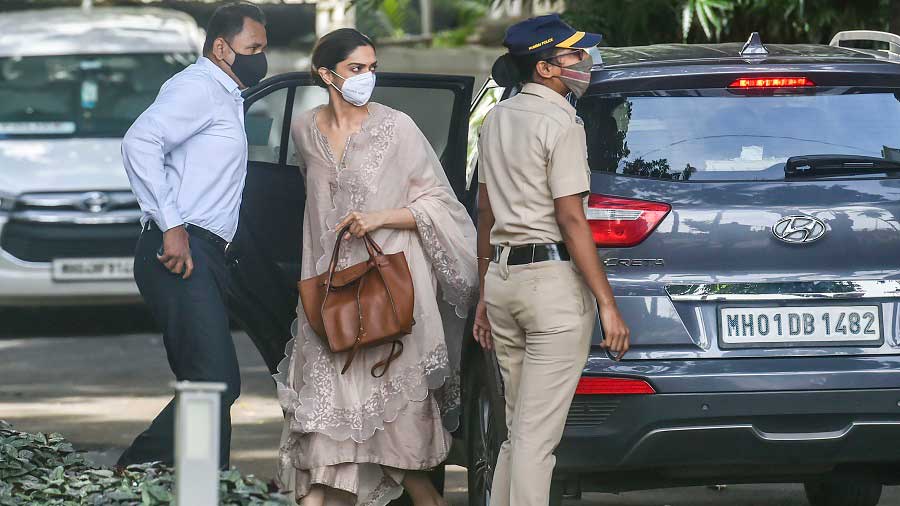 Sir — It was shocking to read about the harassment meted out to the actress, Deepika Padukone, when she appeared before the Narcotics Control Bureau. Reporters surrounded and chased her car. This can be extremely anxiety-inducing, especially for someone with a known history of mental illness. It must be considered that because Padukone is a celebrity, this issue has at least garnered some attention. Consider the plight of thousands of citizens with mental illness who have to face similar harassment in everyday interactions — be it facing raised voices or being stuck in crowded places.

Sir — The farmers’ produce trade and commerce (promotion and facilitation) bill, 2020, the farmers (empowerment and protection) agreement of price assurance and farm services bill, 2020 and the essential commodities (amendment) bill, 2020 were passed amid protests by the Opposition parties, without any form of democratic discussion in Parliament. Even the government’s allies have raised apprehensions about the fallouts of these legislations, lending their voice to the farmers’ demands; the Shiromani Akali Dal has already snapped ties with the National Democratic Alliance.

The government has claimed that these reforms are revolutionary and will free the farmers from the clutches of the exploitative Agricultural Produce Market Committee. While most farmers would agree that the APMC and the functioning of the farmers’ mandis is inefficient, opaque, politicized and often controlled by cartels, almost all of them will also agree that the new bills only make matters worse. The bills give free rein to private capital to purchase agricultural produce at cheaper prices and without any regulation or oversight by the government. This will eventually lead to the shifting of trade from regulated APMC mandis to private markets without any commitment towards investment in infrastructure and regulation from the government. Essentially, what the government has done is shirked all responsibility and left the agricultural sector at the mercy of private players.

With government investment in agriculture declining in real terms and rising input costs and declining subsidy, farmers fear that the withering away of the last remaining instrument of State support in the form of the minimum support price will spell doom in years when production suffers.

Sir — At a time when the pandemic exposed that India’s claims of being a food-secure nation are far from true — a number of people died of hunger because the government could not provide them with food — the farm bills raise more queries about the future of food security in India. Now that private players will be able to purchase and stockpile produce, one wonders how the state governments will be able to procure quality substances for the public distribution system. Corporatizing food procurement will have a serious impact on the price of food. If, for instance, state governments have to procure food from private players instead of farmers, not only are the latter cheated of fair prices that the government is bound to pay but the State will also be paying more money to corporates.

In the long run, this will have a huge repercussion on the price of food and how much an average household spends on it. This is just scratching the surface. The minute food becomes more expensive and families — especially the poor — cannot afford to buy sufficient quantities of it, women and girl children will be the first ones to be deprived of adequate portions. This, in turn, will have an effect on maternal mortality, infant mortality and malnutrition. The impact of these sinister, unilaterally imposed bills will be more far-reaching than meets the eye at first.

Sir — In the context of the farm bills, it is interesting to note that data collected by the National Crime Records Bureau suggest that there has been an unprecedented rise in farmers’ mobilization during the first two years of the Narendra Modi government. Between 2014 and 2016, the number of farmers’ protests rose from 628 to 4,837 — a whopping 700 per cent increase. Who can forget the kisan long marches that left an indelible imprint on our minds?

As farmers across the country take to the streets in protest against the recent passage of three controversial farm bills, it must be asked why this sector — farmers make up a chunk of the vote bank of any party — has been overlooked and treated poorly by consecutive governments. Farmers have been ignored by previous dispensations as well — although no other government has blatantly shrugged off its responsibility towards those who put food on our plates as the current regime. One reason for this could be the fragmentation of the farming community and the insidious entry of politics into agriculture. Farmers are used as pawns in a political game because they lack cohesion among themselves.

Sir — Given that the benefits of big-bang structural reforms such as demonetization and the goods and services tax are not within sight, it is difficult to judge the impact of the new farm bills on the lives of farmers. What is most important is the timing of these reforms. It is ironic that they come amidst a collapsed economy, devastated by the Covid-19 pandemic. At a time when the economy faces massive demand compression, people cannot accept the logic of such hasty moves. Structural reforms must come at an opportune time when the economic agents are prepared for it. They must not be thrust like the new farm laws and proposed labour legislations.