Letters to the Editor: Range of changes in Union cabinet baffling 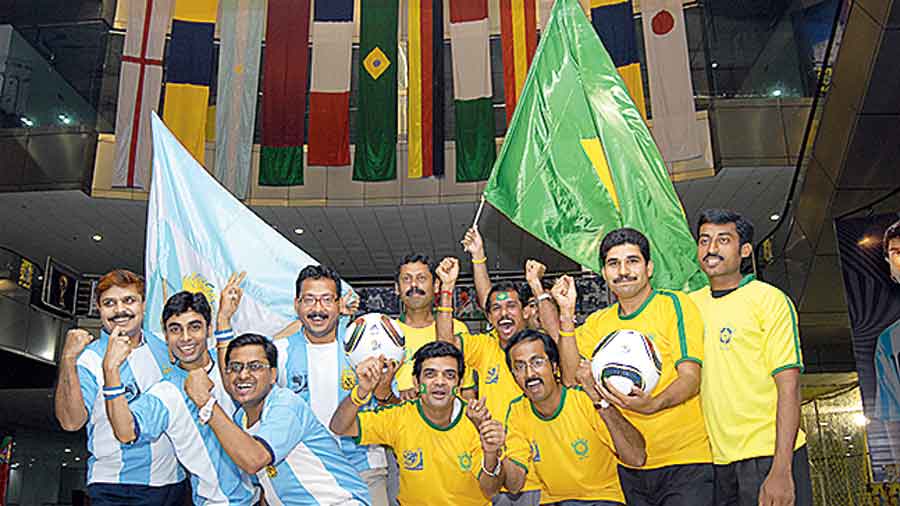 Sir — Bengalis are infamous for their love of football — arguments over East Bengal and Mohun Bagan have started many a fist fight. It appears now that geography is not a limiting factor either. Ahead of the Copa America final between the footballing giants, Argentina and Brazil, police had to ban gatherings of fans in a distant Bangladeshi village, nearly 15,000 kilometres away from Rio de Janeiro, the venue of the match, following a violent street battle between fans of the two teams. Peacekeepers may have more work on their hands with the Euro final less than 24 hours away.

Sir — The range of changes in the latest reshuffle of the Union cabinet has surprised both political pundits and the general public (“Makeover bid betrays guilt”, July 8). The departure of veteran ministers and the induction of new faces are being interpreted in many ways. While allies in the Bharatiya Janata Party-led National Democratic Alliance have been included in the cabinet, political considerations that will have an impact on the assembly elections to be held next year have also been prioritized.

But perhaps the most important aspect here is that the failure to deal with the second wave of the pandemic has made scapegoats of certain ministers. An attempt was made to send the message that those who cannot handle their responsibilities would be shown out and those who work would be promoted. In this context, the retention of Narendra Singh Tomar as the minister for agriculture in spite of the unending deadlock between the Centre and the protesting farmers over the three controversial farm laws sends an interesting message. The government is clearly in no mood to back down and is ready to dig in its heels as far as these damaging laws are concerned.

Sir — Recently, 12 senior ministers have been removed from the Union cabinet likely on account of their incompetency. But many other inefficient ministers escaped the same fate in spite of worse performances just because of their closeness to the Central leadership.

The prime minister, who seems to be intent on inducting fresh blood into the administration for the progress and development of all sectors of the country, should have paid more attention to this aspect. The country is in the doldrums and is headed for a disaster that would set it back significantly. There is still time for the prime minister to remove these inefficient officials who are making a mockery of their ministries and positions. Their actions would otherwise only degrade the image and credibility of the nation.

Sir — The grand design behind the cabinet reshuffle is not hidden from anyone. Clearly, one purpose was to remove select regional leaders from poll-bound states in order to avoid local friction — this can break vote banks — when it comes to nominating candidates or forming alliances in the future. The deeper and most serious concern, however, was the fact that the pandemic has marred the image of the government. A touch-up was overdue; this is why the health minister had to go. The rebuke received by the government over its handling of the pandemic or its passage of the new information technology rules made it hard for the Centre to keep on certain ministers.

Sir — In the first cabinet reshuffle of the NDA 2.0 government, 36 new faces have been inducted into the council of ministers and seven junior ministers promoted. The surprise, though, were the 12 ministers who were asked to resign. They bore the burden of the government’s dip in popularity. By dropping these ministers, the government hopes to repair its image in the country and abroad.

Sir — The Centre has tarnished its image by elevating Anurag Singh Thakur in spite of his hate speeches. This sets a bad precedent and must be condemned.