Letters to the Editor: On Sesame Street, an Asian American muppet 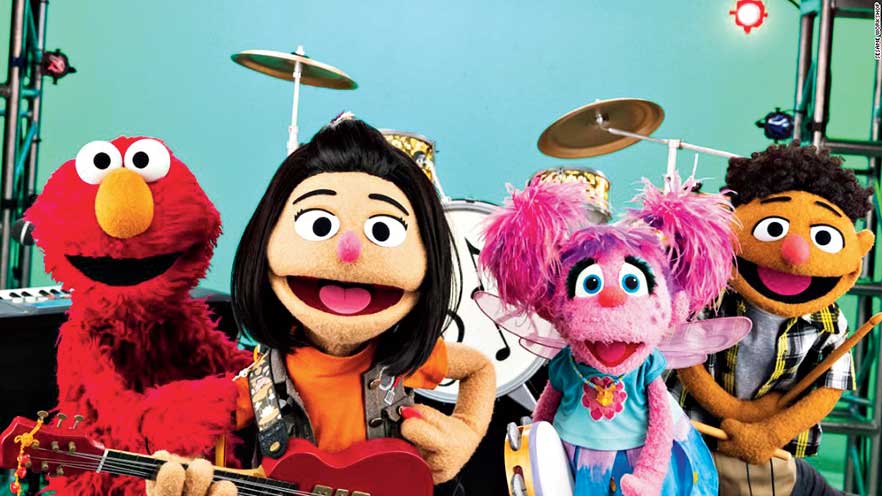 Sir — After 52 years of being on air, Sesame Street has finally welcomed its first Asian American muppet, a seven-year-old Korean-American named Ji-Young. The decision to introduce her was apparently taken in light of the rising hatred against Asians in the aftermath of Covid-19. Recently, there has been a spike in the representation of Asians in the American media. But this may be a publicity stunt rather than an actual change in the industry. While it is too early to determine the truth of this allegation, an atypical representation — Ji-Young is an avid guitarist and skateboarder — will go a long way in instilling a sense of belonging among those who rarely see themselves on mainstream television shows.

Sir — The Centre repealed all three contentious farm laws on the first day of the winter session of Parliament, ignoring the Opposition’s demand for a discussion (“Modi in a hurry to bury”, Nov 30). This is reminiscent of the way in which the three farm laws were passed to begin with. The Narendra Modi-led government has, time and again, exhibited its aversion to discussing issues of national importance in Parliament.

The withdrawal of the farm laws is a major victory for the farmers. But hundreds of farmers, including those at Lakhimpur Kheri, had to lose their lives before the government came to its senses. It is evident that the Bharatiya Janata Party government withdrew the laws with the upcoming assembly elections in mind. However, people have already lost their faith in the government. This will reflect in the results of the polls.

Sir — It is evident from the hasty revocation of the farm laws without any discussion or debate in Parliament that the Central government has scant respect for democratic practices. This was in stark contrast to the assurance given by the prime minister earlier in the day that the government is ready for meaningful debates in Parliament.

It is being speculated that the BJP backtracked on the laws because of the upcoming assembly elections. The Uttar Pradesh polls are considered crucial and could determine the fate of BJP in the 2024 general elections. The BJP seems to be doing what it can to regain its diminishing support.

Sir — The repeal of three farm bills should have been debated in Parliament. It is unfortunate that the government did not deem it necessary to follow democratic processes.

Sir — The BJP government’s decision to forego debate while repealing the three farm bills must be condemned. The veteran Congress leader, Adhir Chowdhury, is right to ask why the government shied away from a discussion even when it knows that the Opposition will not object to the repeal.

Sir — Anupama Chandran, a young mother from Kerala, has waged an unprecedented battle to locate her child, who was stealthily given away for adoption by her parents without her consent (“Mother courage”, Nov 29). After months of struggle, Chandran and her partner, Ajith Kumar, were able to regain custody of their son. Chandran must be lauded for her unwavering courage and determination.

There is no doubt that Chandran’s parents’ decision was tantamount to abduction. Chandran has alleged that the Kerala State Council for Child Welfare and the Child Welfare Committee were complicit in the act. This must be investigated, and, if true, strict action must be taken against those in charge.

It is appalling that the notion of ‘family honour’ — Chandran was unmarried when she gave birth to her son — was the driving force behind this decision. It seems that even in Kerala, a bastion of the Left and the state with the highest literacy rate, there are limits to a woman’s autonomy.

Sir — We often presume that those who are politically progressive are sensitive to the historical atrocities faced by women and other marginalized communities. But the plight of Anupama Chandran, a former leader of the Students Federation of India, the student wing of the Communist Party of India (Marxist), proves that it is simply not true. So far, facts suggest that the CPI(M) leadership — including the chief minister and politburo members — were aware of the situation and did not intervene because Chandran’s father was a party member. Having a Left government in power means little if women continue to be oppressed.

Sir — On the 55th anniversary of its Independence, Barbados became the world’s newest republic by officially removing Queen Elizabeth II as its head of state. Sandra Mason became the first president of Barbados, marking a new era for the island nation.

The United Kingdom has a long and dark history of colonialism and racial oppression. It was, thus, good to hear Prince Charles acknowledge the atrocities inflicted by slavery on the occasion. It is time for the remaining 15 nations to sever their constitutional links with the UK as well.

Sir — The citizens of Barbados must be congratulated for breaking their ties with the UK. Although the Queen was only a nominal head, the office was still a reminder of the brutal history of colonialism in the island nation. Barbados must now script its history independent of its former colonizer.