Readers' Speak: A festival that starts with the worship of a form of Mother Nature has become one of the most wasteful and polluting events in the Bengali calendar 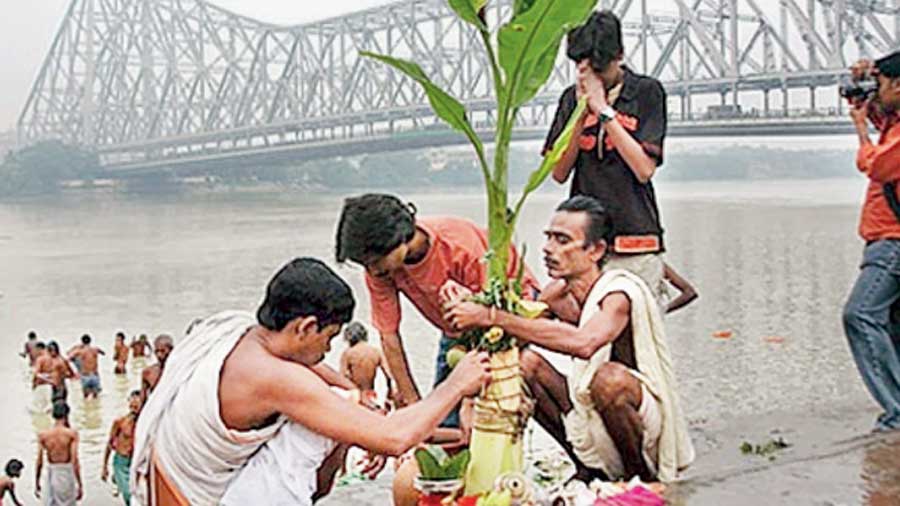 Sir — The beloved Durga Puja of Bengal cannot start without the Nabapatrika snan, this involves nine types of plants bound together and bathed in the river. Yet, a festival that starts with the worship of a form of Mother Nature has become one of the most wasteful and polluting events in the Bengali calendar. Even this year, amidst the pandemic with smaller idols and pandals, the amount of plastic waste on the streets still seems to be overflowing. This is not to mention the sudden spike in light and noise pollution. How does kola bou feel about this, one wonders.

Sir — Pakistan’s political pot is boiling again. Eleven Opposition parties have come together to call for the ouster of the Imran Khan government. Public unhappiness over the performance of Khan’s government is running high over deteriorating law and order, rising prices and food shortages. Pakistani politicians criticizing the military when in Opposition is not new, but this time Nawaz Sharif, who is in exile in London, has done the unthinkable. In a speech delivered remotely to tens of thousands of people in a rally, Sharif accused the army chief and the chief of the Inter-Services Intelligence of “rigging elections” and installing an “inefficient and incapable group of people” in power.

Beijing will be monitoring developments in Pakistan closely. It has invested billions of dollars in the China-Pakistan Economic Corridor. It remains to be seen what the military does to respond to this latest threat. Whether it calls for talks between the government and the Opposition parties to get the latter off the streets or whether it prefers to use force. Given its record, the second option is more likely, but this course of action may not be wise. One thing is for sure, Pakistan awaits more unrest.

Sir — It is battle royale in Pakistan. On the one hand there are virtually all the Opposition parties with Nawaz Sharif and Maulana Fazlur Rehman in the vanguard of a motley crew. On the other hand there is the Pakistan army’s hand-selected prime minister, Imran Khan, and his allies who marshalled together to give him a wafer-thin majority in the National Assembly.

The Opposition’s strength lies in public support. Sharif remains the most popular leader in Punjab, one of the strongest provinces in Pakistan. He also has strong pockets of support in the Hazara belt of Khyber Pakhtunkhwa. Even in the worst of times, Sharif’s support base remained intact. What Sharif’s party lacks is street power. The party can get crowds out at rallies and in the polling booths, but its supporters aren’t exactly known for having a stomach for street fighting. This is where Rehman becomes a force multiplier. Rehman is one of the most pragmatic politicians; has never confronted the military. He understands power like few in Pakistan do and that is why he has always been open to accommodating the military. Until now, that is. Khan and the army should be wary.

Sir — It is no secret that there is something unique about M.S. Dhoni’s captaincy. For more than a decade he set one milestone after another in international cricket. But the Chennai Super Kings’ tame capitulation in this year’s Indian Premier League after languishing at the bottom of the points table has definitely demoralized countless fans. The last encounter against the Mumbai Indians was perhaps their worst performance ever in IPL history. They lost six wickets at the score of 30 and never really recovered from that. The team managed to post 116, but the Mumbai Indians won by 10 wickets.

Although the CSK was without some of its star players, Dhoni’s captaincy left a lot to be desired; he seems to be at the end of his tether. The batting order looked rusty and Dhoni did not perform well himself. There is no doubt that under Dhoni, CSK was at the peak of its glory for the last decade. But it is time Dhoni stepped down as captain and let someone else take over the reins.