Readers' Speak: Nitish’s patchy record as far as governance is concerned has garnered quite a bit of attention in the state 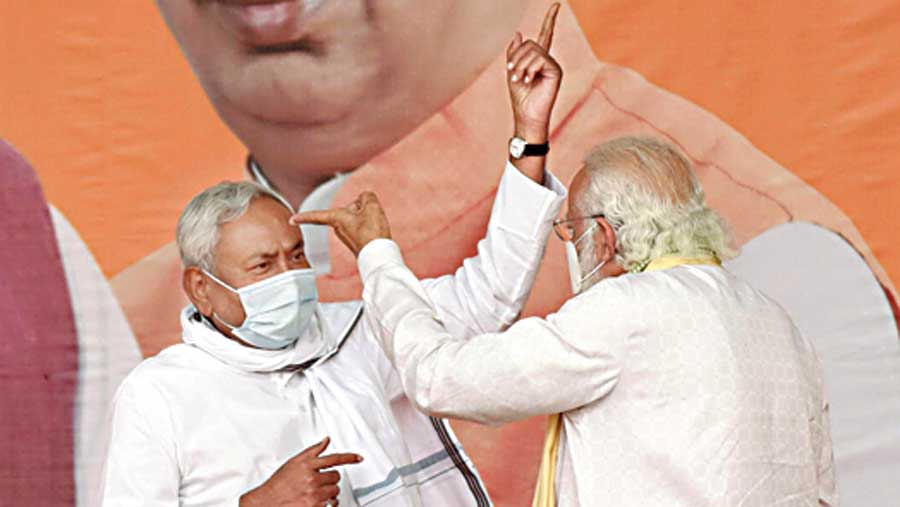 Sir — The incumbent chief minister of Bihar, Nitish Kumar, was counting on the lack of unity amongst the Opposition parties to finish first in Bihar. But his patchy record as far as governance is concerned has garnered quite a bit of attention in the state. It is widely known that there is no love lost between the Janata Dal (United) and the Bharatiya Janata Party which tried to clip Kumar’s wings and wanted its own chief minister in alliance with the Lok Janshakti Party, another ally of the National Democratic Alliance at the Centre that is contesting separately. The LJP, however, has trained its gun on Kumar even though it has not fielded any candidates against the BJP in Bihar.

Kumar’s reputation as ‘sushasan babu’ has taken a beating following his government’s inept handling of the pandemic — Bihar could not handle the lakhs of returning migrant labourers, unemployment rose and the pathetic healthcare system and the crisis in the farm sector made things worse. Just three days ahead of the first phase of Bihar assembly elections, the BJP put up life-size posters of Narendra Modi across the state, manifestly indicating that the party has decided to seek votes only in his name.

Both Modi and Kumar realized after two phases of votes that their internecine feuds will benefit the Opposition, led by the Rashtriya Janata Dal leader, Tejashwi Yadav, who rallied noticeable enthusiasm. The last-minute letter that Modi wrote to the people of Bihar seeking their help in retaining Kumar as the chief minister is a sign that the BJP and JD(U) are scared. They are thus trying to gain the trust of voters with such desperate measures. It indicates that Modi is jittery about having failed to win their hearts.

Sir — The letter that Narendra Modi wrote to the people of Bihar before the last phase of polling shows the reason why the Opposition — both in the state and at the Centre — are unable to win against the NDA. There is absolutely no unity amongst the Opposition parties; even when they see that their ideological differences are being used against them to portray them as power-hungry, they are too busy squabbling amongst themselves to secure a piece of the pie to care. The members of the NDA, on the other hand, know when to put their differences apart and project a united front to the public. This is the reason people opt for them.

Sir — An organization, whose founder belonged to the Rashtriya Swayamsevak Sangh, has filed a first information report against the model-turned-actor, Milind Soman, for running naked on a beach in Goa. Ironically, Soman is allegedly a product of the RSS. What one must ask, though, is if an FIR was really necessary. After all, when thousands of naga sadhus converge at the Kumbh Mela, they are given police protection. Soman, like them, is a resident of India. People may object to Soman’s actions and even criticize or chastise him. But an FIR is taking things too far.

Sir — In the article, “Promises meant to be broken” (Nov 6), Anita Tagore has rightly pointed out that there is a need for electoral reforms to make political parties accountable for the promises made in their electoral manifestos, since they often fail to fulfil them after coming to power. In fact, the leaders simply lack the desire to work to attain them. People vote a particular political party to power with the hope that after forming the government, it will work on the agenda included in its pre-poll manifesto, but, in reality, they find their dreams shattered. Rules must be devised and implemented to change this.

Sir — There is a severe need to make it mandatory for political parties to deliver on their electoral promises. People should also remember the failures of politicians in this respect.