Readers' Speak: World’s most expensive bag made for a cause but at the cost of ecology 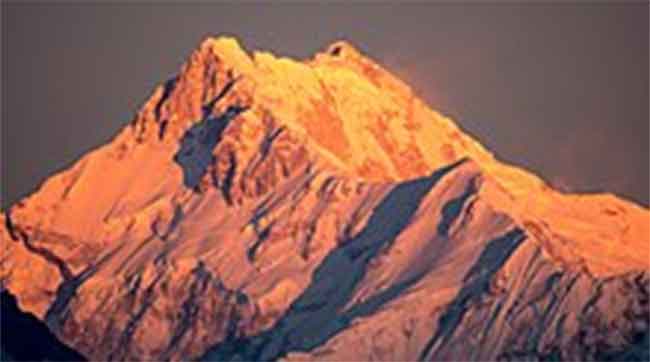 Sir — The article, “Magic mountain” (Nov 25), by Uddalak Mukherjee evoked a wonderful personal memory in connection with the Kanchenjunga. On my first visit to Darjeeling as a school student I clearly remember, we went to one of the several view-points in the hill station early in the morning to get a glimpse of the Kanchenjunga at sunrise. We were really lucky that day, since not only did we get a mesmerizing view of the Kanchenjunga without any cloud cover, but we also got to see it in the company of the legendary Bengali actor, Rabi Ghosh, who, too, had come to see the sun rise on the mountain. Although decades have passed since then, this incident is still clearly etched in my mind.

Sir — The name Darjeeling has become synonymous with that of the Kanchenjunga. My first visit to Darjeeling and Sikkim in the same year had been with just one aim in mind, seeing the third-highest peak in the world. Incidentally, it was perhaps at the same eatery that Uddalak Mukherjee mentions in his piece that I had first seen that majestic snow covered mountain peak. I saw it again from Gangtok — the Kanchenjunga makes one feel as if it is travelling with you. Even then, it appeared to me as no less than a vanilla ice cream. Bengalis are after all mad when it comes to the Kanchenjunga. The hujuge Bengali will do anything to get a glimpse of the Kanchenjunga, some even rush to Darjeeling when they hear of snowfall there.

Although I spent my childhood in Kashmir, the so-called paradise on earth, where I have seen the snow covered peaks of Pir Panjal and Karakoram, none of these I feel can match the beauty and the majesty of the Kanchenjunga. Watching the peak in the month of April or May from Tonglu, en route the rhododendron filled Singalila National Park is simply incomparable.

Sir — The ever-illusive Kanchenjunga seems almost like a grim reminder of how tiny and insignificant we are in the greater scope of the universe. Seeing the peak reveal itself, bit by bit, changing colour from grey to pink, orange and then glistening silver in the freezing air of dawn can be a deeply spiritual experience.

Generations of Bengalis, monkey-capped and muffler-ed, have gone in the dead of night to Tiger Hill near Darjeeling in the hope of seeing the sun rise over that peak. In Satyajit Ray’s film, Kanchenjungha, the Roy Chaudhuri family spends its whole vacation denied a glimpse of the peak. When the mist finally lifts, they are too preoccupied to notice the dazzling sight. We have all grown up hearing Kanchenjunga-miss stories all our lives. “The day after we left, we heard it was completely clear,” is the most common refrain. That frustration is part of the allure of the peak. There is some strange pleasure in being repeatedly thwarted in that endeavour, a peculiarly Bengali pleasure in disappointment, like that of a rebuffed lover returning repeatedly in plaintive courtship.

Sir — Uddalak Mukherjee’s parallel between the reel and real lives of the Kanchenjunga repeats a well-known tale. These facts are known to all who are conversant with Satyajit Ray’s oeuvre. Besides, he has named the heroine of the film, Kanchenjungha, played so memorably by Alokananda Ray, as Monica when her name was Monisha.

Hell in a handbag

Sir — An Italian designer brand has launched the world’s most expensive bag priced at six million euros (more than 52 crore rupees). The diamond-encrusted bag is meant to raise awareness about the damage caused to oceans by non-biodegradable plastic with 800,000 euros per bag being donated to this cause. It is ironic then that the bag is made from alligator skin and has diamonds, sapphires and other precious stones which have been mined at great ecological and socio-economic cost to the planet. Will those buying such a product care about what is happening to the ocean?