Letters to the Editor: New Zealand's women politicians are showing the way 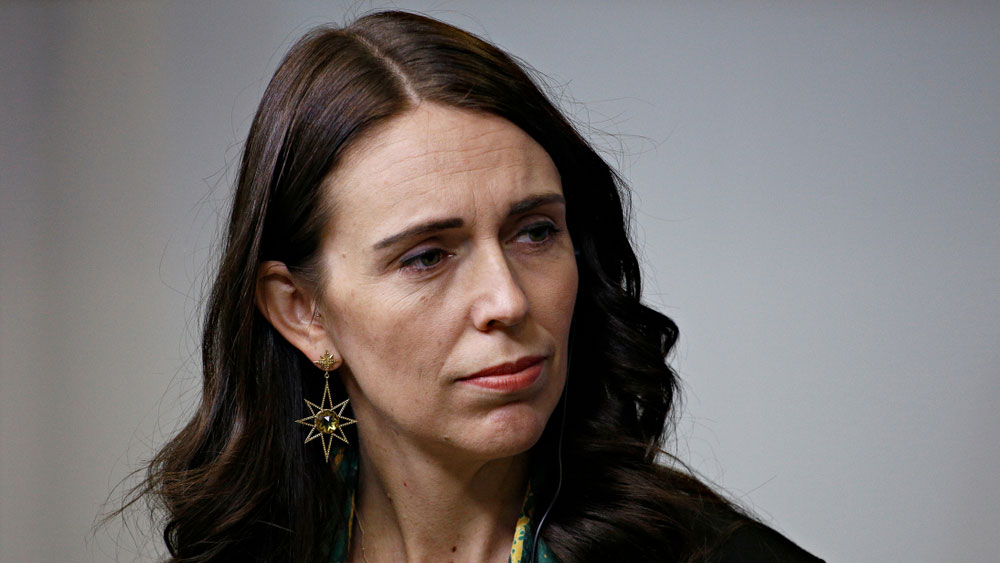 Sir — Women in the 21st century are still told that they cannot have both a career and a family. But women politicians in New Zealand are disproving such statements by showing there is little they cannot do. Recently, a Kiwi member of parliament, Julie Anne Genter, cycled to the hospital while in labour and gave birth to a baby girl. Previously, the prime minister of New Zealand, Jacinda Ardern, made history as the first world leader to attend a meeting of the United Nations general assembly with her baby in tow. While more needs to be done to change regressive mindsets, such exemplary acts are inspiring.

Sir — Human resources and intellectual power together make up the driving force behind a country’s progress. Even though India is rich in such resources, it has not been able to value the talents of its population. As a result, highly-skilled individuals are lured away by better-paying jobs outside India. The appointment of Parag Agrawal as the chief executive officer of Twitter is just one instance of this.

While Agrawal’s achievement is rightly being celebrated, it is time for introspection. The government must be asked why India is not being able to provide a suitable employment platform to its citizens?

Sir — Indians are pioneers in information technology. The appointment of Parag Agrawal as the CEO of Twitter shows the potential and the growing influence of Indians in this sector. Agrawal’s accession to the top post at Twitter follows that of Satya Nadella at Microsoft, Sundar Pichai at Alphabet, Arvind Krishna at IBM, Shantanu Narayen at Adobe and so on. It will not be wrong to say that Silicon Valley will not run without Indians. One hopes that more Indians will soon establish the country’s dominance in the IT sector.

Sir — India observes National Pollution Control Day on December 2 in the memory of those who lost their lives in the disastrous Bhopal Gas tragedy. The main objective is to spread awareness about environmental pollution and its harmful effects. Air pollution is one of the key health and environmental concerns globally, resulting in nearly seven million deaths every year.

Worryingly, nine out of the ten most polluted cities in the world are in India as per the 2020 data. Rising urbanization, industrialization and associated anthropogenic activities are to blame for the poor air quality. The government cannot turn a blind eye to this problem. A strict implementation of rules is the need of the hour if air pollution is to be checked.

Sir — It is heartening to see that the Indian economy, battered by Covid-19, has grown for the fourth consecutive quarter. The 8.4 per cent growth in July-September has offset the 7.4 per cent fall that the GDP saw last year in the same quarter during the peak of the lockdown. The latest figure shows that the economy has found its feet after a contraction, with employment-intensive sectors like hospitality and construction seeing upticks.

But economists have warned of several fault lines in this growth story. For instance, government investment has become the main driver of growth rather than private consumption. Rising inflationary pressures are also cause for concern.

Sir — There was a time when a job at a public sector bank was the most sought after one. Public bank employees have never shied away from challenges, be it nationalization, liberalization, computerization or opening of Jan Dhan accounts. Unfortunately, they have been given a raw deal when it comes to their pensions. While the salaries of the employees have been revised from time to time, pensions have not been revised since January 1, 1986. Pensioners of public sector banks should receive revised benefits like those of the Reserve Bank of India.

Sir — The National Eligibility-cum-Entrance TestPostgraduate examination is usually held every year in January and counselling thereafter. But this year, owing to the government’s policy missteps, candidates stand to lose one full year. The Centre wants to revisit quota for economically weaker sections; the next hearing on this matter in the Supreme Court is expected in January 2022. That is too late. The future of the aspirants must not be subjected to the whims of the Centre in this manner.

Sir — The decision to halt the counselling for NEET-PG until the Supreme Court decides on the validity of the move to introduce reservation for EWSs and other backward classes in the all-India quota is costing the aspirants valuable time. In the meantime, government hospitals are functioning without an entire batch of doctors who are protesting against the State’s decision — all this is happening amidst a pandemic when healthcare professionals are of utmost importance. The authorities must arrive at a consensus and expedite the counselling process at once.

Sir — When the Omicron variant of Covid-19 was first identified in South Africa, the country’s scientists were quick to inform global health leaders of the new mutations they had found. Had China behaved in a similar fashion, the pandemic could have been avoided altogether. Yet, the African nation was rewarded with travel bans and other restrictions. This will not encourage transparent exchange of information, which is key to the fight against the virus. While precautions should be taken, the first step should be to help Africa battle the virus with vaccines and other medical supplies.

Instead of encouraging booster shots in developed countries, nations across the globe should be helped to vaccinate their citizens. That is the only way to break the chain of infections.