Letters to the Editor: Letting ice cream melt is not cool

Readers write in from Ujjain, Faridabad, South 24-Parganas, Mumbai, Jaipur from and Calcutta 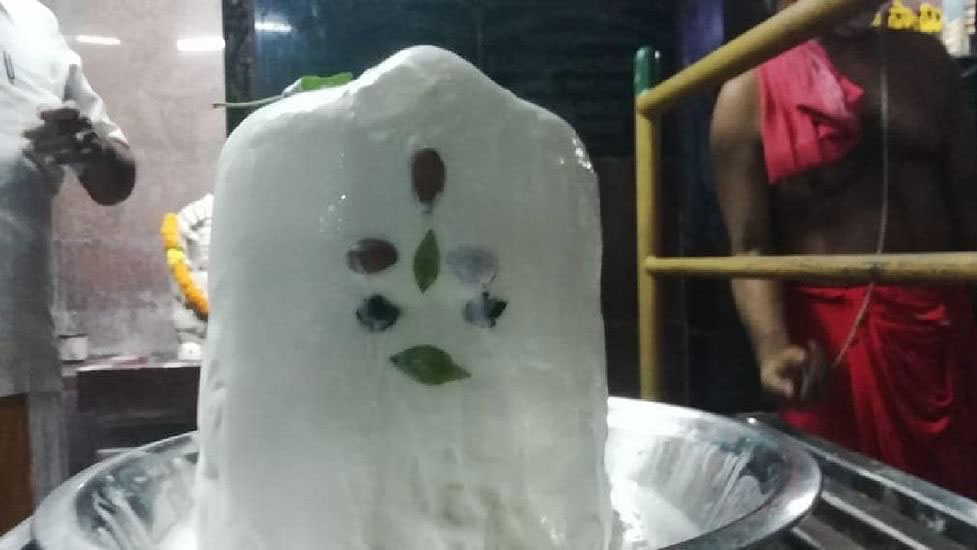 A devotee in Andhra Pradesh’s Palakol offered ice-cream to Lord Shiva at the Ksheera RamaLingeswara Swamy Temple.
YouTube screengrab
The Telegraph   |   Published 11.12.21, 12:04 AM

Wastage is not cool

Sir — A devotee of Lord Shiva in Andhra Pradesh has offered 10 kilogramme of ice cream to the deity. Had this offering been made in a way which allowed the item to be later distributed among poor children, surely the deity would have been pleased. Instead, in the midst of winter, the deity was bathed in ice cream, while hundreds of devotees gathered around the idol and watched the edible flow to waste. If a bill to reduce food waste is passed in Parliament, it must also focus on temples, looking into not just the offerings of devotees but also rituals such as bathing deities in milk.

Sir — After a year-long agitation, farmers are finally going home (“Farmers end sit-in, to fight on for MSP”, Dec 10). But except for the repeal of the contentious farm laws, the other problems faced by farmers have not gone away. The fight for implementing a minimum selling price has just begun. The Centre and the state governments together must come up with ideas to reform agricultural policies. Moreover, the mistake of implementing such a policy without consulting farmers must be avoided. The farmers’ faith in the government is in a shambles. Proper communication is the only way to restore it.

Sir — After braving a scorching summer, a bitter winter and even the deadly second wave of Covid-19, the Samyukt Kisan Morcha has finally achieved what it set out to do. Interestingly, the government has agreed to provide compensation to the families of the farmers who died during the protest. This comes after it informed Parliament recently that it had no record of the number of farmers who died during the protests. This was challenged by the Congress leader, Rahul Gandhi, in the Lok Sabha with a list of more than 400 dead farmers. This change of heart is nothing but fear of losing the upcoming state elections in Punjab and Uttar Pradesh.

Sir — It is heartening that the protesting farmers have decided to suspend their agitation. Their success will go down in the annals of democracy as an example of the power of the people. An amazing feature of the agitation was spearheaded by the SKM, which comprised more than 40 organizations that stayed together as a cohesive unit for the entire duration. The SKM has proved that dedication to a noble goal makes even the impossible seem possible.

Sir — As the agitating farmers return to their homes, it is important to make some important connections such as the one between climate change and modern farming. Vagaries of the weather like droughts and floods have caused damages to food crops across the world. While food shortage and poverty are hot topics in the media, these need to be linked to a larger cause.

Small steps can mitigate some of these problems. Lack of storage facilities leaves farmers ill-equipped to protect their crops from out-of-season rain. It is thus important to build state-of-the-art storage facilities. Additionally, harvesting rainwater will help farmers during dry periods.

Sir — One hopes that the media will now stop speculating about Vicky Kaushal and Katrina Kaif and focus on more important news. For instance, while all eyes were peeled on what Kaif wore or which celebrity stepped out of the airport to attend the wedding, no one is talking about the fact that the stone-carving industry in Udaipur, which runs primarily on the labour of adivasi and Dalit workers, is causing an increasing number of people to fall prey to the health hazard of silicosis, a deadly long-term lung disease.

Celebrity weddings and the voyeuristic interest in them serve as distractions from bread and butter issues; the media is complicit in creating this smokescreen.