Readers' speak: Trump’s decision will only set back global efforts to combat the contagion 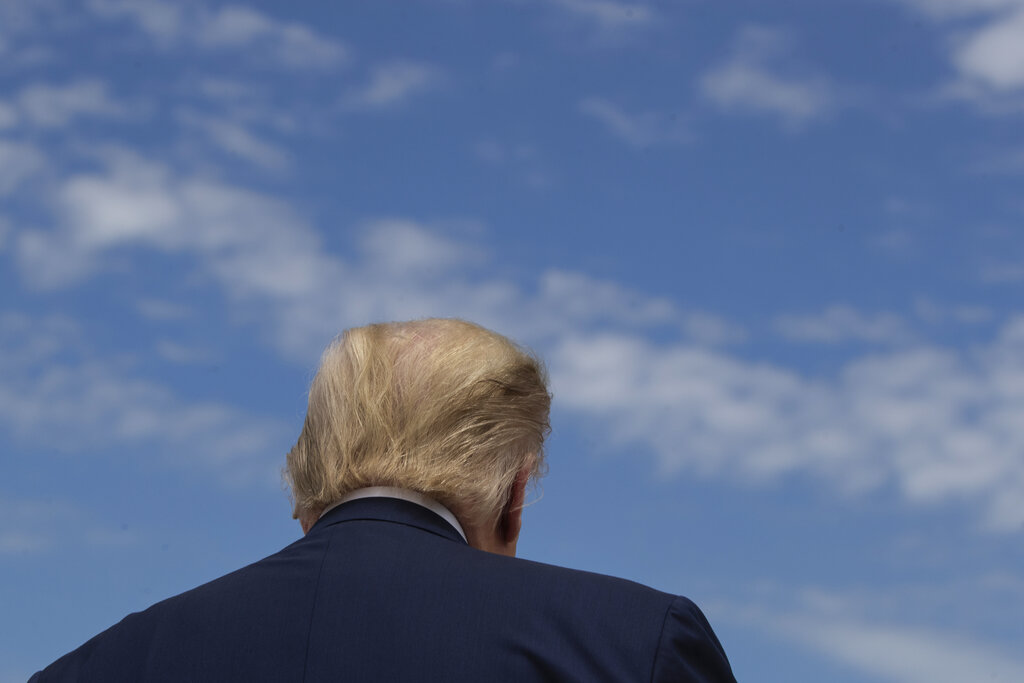 Sir — In yet another one of his ill-thought-out moves, the president of the United States of America, Donald Trump, decided to sever his country’s ties with the World Health Organization, ostensibly over the latter’s handling of the coronavirus pandemic and its relationship with China. This means that US funding to the global health body will be stopped. At a time when Covid-19 is ravaging the world and taking so many thousands of lives, a global superpower like the US is expected to cooperate and work with the premier health body to contain the disease. Trump’s decision will only set back global efforts to combat the contagion.

Sir — The views expressed in the article, “Blown away” (May 28), by Swapan Dasgupta were partial and myopic. The writer underestimated Bengal’s current problems to an alarming degree, and the article seemed to deliberately belittle the efforts made by the state’s chief minister to get Bengal back on its feet at this time.

West Bengal is, at present, reeling under the effect of a triple whammy: the Covid-19 pandemic, the crisis involving migrant labourers and the cyclone, Amphan, that left devastation in its wake. None of these problems was analysed properly in the article. Few other states in India have a similar mix of problems at the moment. In fact, during his recent visit to the state, the prime minister, Narendra Modi, even praised the chief minister’s performance in the aftermath of Amphan. Bengal is arguably in a better position in terms of Covid-19 management, as many other states, especially those led by the Bharatiya Janata Party, have failed miserably in tackling the rapidly spreading disease. The Centre did not send teams to those states to assess their governments’ performance. Where destruction worth lakhs of crores of rupees occurred on account of Amphan, only a token grant of Rs 1,000 crore was sanctioned by the Centre as a relief package for Bengal.

The condition of migrant workers in Bihar, Uttar Pradesh and Madhya Pradesh are pathetic; thousands of them were found walking along railway tracks and on highways in a desperate bid to reach home. Migrant workers leaving Bengal also happened in a haphazard manner. The exodus of huge numbers of such workers without the possibility of any social distancing would, as experts had apprehended, make the number of coronavirus cases spike. In a democracy, it is expected that during a crisis, the Opposition will extend a helping hand. In Bengal, however, the reverse happened.

Sir — Swapan Dasgupta’s article on Bengal in the aftermath of Amphan was unsurprising. The BJP and its members have rarely, if ever, been known to be helpful to the cause of the people, especially during times of crisis; the tone and argument employed by Dasgupta in the article are in keeping with that. The writer is quick — almost gleefully so — to talk about how “the dual impact of Covid-19 and Amphan cyclone has been politically catastrophic for [Mamata] Banerjee”, but, interestingly makes no mention of the fact that the state’s BJP leaders were reportedly conspicuous by their absence on the ground while relief efforts were on, and were heavily criticized for it.

Dasgupta is said to have tweeted to the BJP parliamentarian, Babul Supriyo — he is minister of state for environment, forest and climate change — to “help with [his] ministry” regarding the restoration of old trees that were uprooted in the cyclone. But has that request been acted upon? Is not the active involvement of Opposition parties in the wake of such a severe crisis to be expected? More than anything else, the article seemed to reflect the pleasure that the ruling dispensation at the Centre undoubtedly takes when the state government in Bengal runs into any kind of roadblock. While this ought not to be surprising — the Centre and the Bengal government are known to be at loggerheads — it is in bad taste to choose to focus on such political rivalries at a time when the people of the state are suffering so much.

Sir — The mining of coal at the Dehing Patkai wildlife sanctuary in Assam must be stopped at all costs. India is in the middle of an extended lockdown period to curb the spread of Covid-19. Yet, in April, a proposal for coal mining by the North Eastern Coalfields — a unit of Coal India Ltd — inside the Dehing Patkai elephant reserve was granted approval by the National Board for Wildlife. This move has naturally sparked protests by environmentalists which are slowly gaining momentum. Dehing Patkai is known as the ‘Amazon of the East’ — it is the only rainforest in Assam.

Protesters have been urging the prime minister of India, the chief minister of Assam and the NBWL to stop any current and future coal mining projects in the Saleki reserve and the whole of the Dehing Patkai elephant reserve. While the Assam government has said that it may not suggest to the Centre that it give its final clearance to Coal India Ltd for mining inside the Dehing Patkai forest, it remains to be seen whether it is truly serious about protecting the environment.

Sir — The Bharatiya Janata Party-led Assam government said that it may not allow coal mining in the Dehing Patkai forest reserve if it harms biodiversity, but the BJP’s flagrant lack of concern for the natural environment is well known. Activists and citizens must remain vigilant to ensure that the forest reserve does not fall prey to destructive mining practices.