Advertisement
Home / Opinion / Letters to the editor: Indirect taxes are blind to inequalities

Letters to the editor: Indirect taxes are blind to inequalities

Readers write in from Calcutta, Behrampore 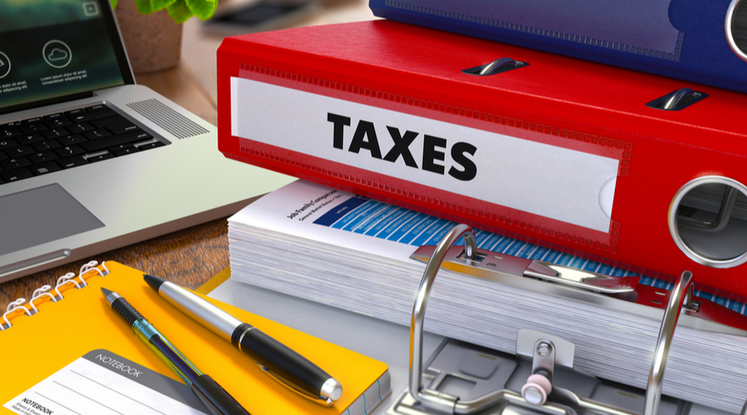 In India, however, the poorest of the poor have to cough up the same substantial amount of indirect tax as the rich while buying anything from salt to slippers and from food to medicine. While direct taxes depend on the taxpayers’ ability to pay, indirect taxes are blind to the economic status of the taxpayers.
Shutterstock
The Telegraph   |   Published 25.07.21, 12:18 AM

Sir — Manoj Jha, the Rashtriya Janata Dal member of the Rajya Sabha, should be lauded for highlighting in the upper House the irony of India following an indirect tax regime in spite of having one of the largest number of people living in poverty (“Maafinama in a bereaved republic”, July 22). He rightly asked why a poor man is not as much a taxpayer as industrialists like Adani and Ambani when the former, too, pays a host of indirect taxes while buying a myriad products of daily use. Indeed, indirect taxes are blind to inequalities. This is the reason why in most modern welfare states, unlike India, direct taxes constitute the lion’s share of the total tax collection.

In India, however, the poorest of the poor have to cough up the same substantial amount of indirect tax as the rich while buying anything from salt to slippers and from food to medicine. While direct taxes depend on the taxpayers’ ability to pay, indirect taxes are blind to the economic status of the taxpayers. Unsurprisingly, the latter hit the poor the hardest. Given the huge income disparity among Indians, India should rely more on direct taxes which are an equitable way to fill the State’s coffers.

Sir — What was more heartening than the content of Manoj Jha’s ‘maafinama’ was the fact that the tradition of debate and dialogue seems to be making a slow but sure recovery in Indian Parliament. Jha made a solid speech, which, while being scathing of the ruling dispensation, was civilized and invigorating. Mahua Moitra is another politician whose fiery speeches — always backed by solid facts — have garnered both attention and praise.

Oratory is central to Brand Modi — the prime minister, Narendra Modi, is the only politician in India to use presidential teleprompters to make speeches. His second-in-command, the home minister, Amit Shah, too, is quite a rabble-rouser. One of the reasons that Mamata Banerjee trumped the two men so successfully in Bengal is that she can make good speeches that hold the public captive. It is very important for Opposition leaders to focus on their oratorial skills. Simply presenting truths to the public is not enough as the last general elections have shown. Good oratory — even when it is based on falsehoods — clearly holds more sway over the public irrespective of the content.

This is the reason why the speeches of Jha and Moitra are so encouraging. They combine oratory skills with the truth — the only skill that holds out some hope for saving India’s democracy.

Sir — The decision of Ben & Jerry’s to not do business in the West Bank has caused a meltdown disproportionate to the effect the company will actually have. With Israel threatening legal action based on anti-Boycott, Divestment, Sanctions laws in the United States of America, the Jewish-Israeli consensus on settlements is set to shock American Jews who are generally opposed to settlements and more willing to see them evacuated than their Israeli counterparts. How disenchanted American Jews are will be revealed earlier than many thought — and we have Ben & Jerry’s to thank for that.

Sir — While announcing the higher secondary results, the president of the West Bengal Council of Higher Secondary Education, Mahua Das, mentioned that this year, a Muslim girl, Rumana Sultana, got the first rank in the board examinations. This is shocking. A student is a student; there is absolutely no logic in identifying a student’s religious background. Das’s remark provided political parties with an opportunity to communalize the issue; this has already started. Never has such a gross act of communalization happened at the school level in our state. Our secular values have been compromised. Das, perhaps unwittingly, has provided fodder to peddlers of communal narrative. Her faux pas is unpardonable. She should apologize; the state should ask her for an explanation.