Letters to the editor: Indians’ love for meat consumption

Readers write in from Calcutta, Chennai and Mumbai 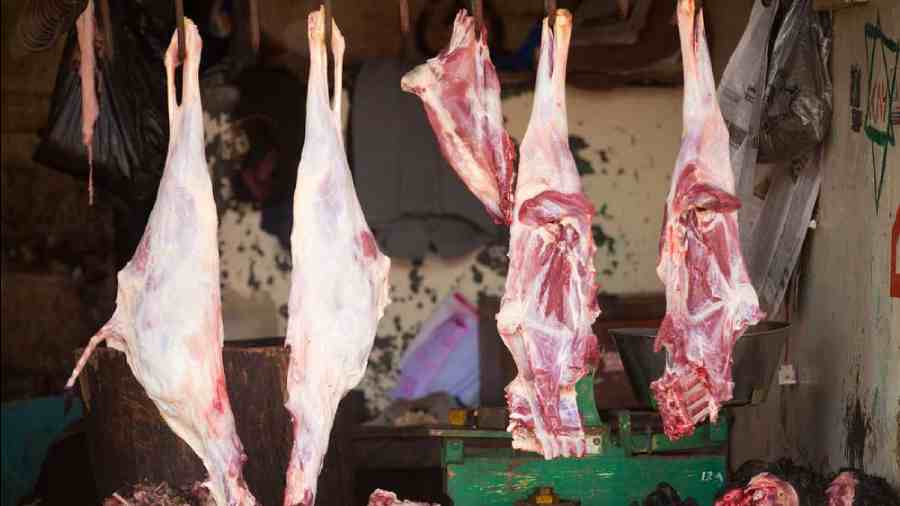 Meat of the matter

Sir — India loves its meat. Data from the recently-released National Family Health Survey-5 show that the number of Indians who eat non-vegetarian food has been increasing steadily. More than two-thirds of people in the 15-49 age group eat non-vegetarian food daily, weekly or occasionally. This is not just cause for meat lovers to celebrate but the finding also has significant implications for policy on nutrition-related matters — it is especially salutary for those policymakers who obstinately hold on to the stereotype of India being a country of vegetarians. Hanging on to such facile stereotypes will do more harm than good.

Sir — In his article, “Complex debate” (May 31), Hilal Ahmed has rightly stated that we must acknowledge the “uncomfortable historical facts that do not fit in the established narratives of secularism”. The monuments being attacked by the right-wing are an integral part of Indian history and cannot be wiped out or wished away. These monuments are India’s heritage and must be preserved. Sneha Maji, Calcutta

Sir — Hilal Ahmed makes some pertinent points about the Places Of Worship (Special Provisions) Act, 1991. The law was introduced to defuse the simmering communal tension in the country just before the demolition of the Babri Masjid. It disallowed any change in the religious status of a place of worship that existed since or before August 15, 1947. But laws can seldom stop inter-community disputes on the ground. For that to happen, there needs to be goodwill among people, which, in turn, will bring amicable resolutions to such religious disputes. However, such brotherhood is impossible to achieve if political parties keep fanning the flames of hatred. Ritu Nangalia, Calcutta  

Sir — The article, “Complex debate”, brought to mind the crisis of secularism in India. In the eight years that Narendra Modi has been in power at the Centre, Hindutva has become central to the Indian polity. This is the first time since Independence that India’s retreat from secularism has been so blatant. The situation is so worrisome that hate speeches against and targeted attacks on minorities are seen as measures of patriotism. Such behaviour is encouraged by the silence of the prime minister. Modi has remained quiet about the attempts to violate the Places of Worship (Special Provisions) Act, 1991, perhaps because he owes his political ascendance to rising communalism. He has built his political career by projecting himself as the champion of the majority community. It is the common people who lose out when the leader of the country prioritises political gains over development. G. David Milton, Maruthancode, Tamil Nadu  Sir — There is no denying that the prime minister, Narendra Modi, has reaped rich dividends from communal polarisation. Can anyone forget the lynching of people belonging to minority communities by right-wing mobs? The Bharatiya Janata Party excels in sowing divisiveness to win elections. Tharcius S. Fernando, Chennai

Sir — The Unique Identification Authority of India recently issued an advisory asking citizens to not share photocopies of their Aadhaar cards to avoid possible misuse. The advisory was soon withdrawn. This sends unclear signals and raises questions about whether security concerns regarding citizens’ data are being withheld from the public. The government should issue strict guidelines regarding who can claim Aadhaar data from citizens.

Sir — The notification issued by the UIDAI, urging people to use the masked Aadhaar facility — it can be downloaded from the UIDAI website — which displays only the last four digits of the identification number, was a sensible one. Providing the full Aadhaar number can leave one susceptible to identity theft by fraudsters for criminal purposes. Withdrawing the notification was not right.

Sir — The former Union finance minister, P. Chidambaram, has said that the Bharatiya Janata Party is scared of the Congress’s ideology. If the Congress did have a concrete ideology, it would not have faced humiliating defeats in the general elections of 2014 and 2019, not to mention in countless assembly polls. Its only ideology is to uplift its kith and kin.

Sir — A division bench of the Calcutta High Court has nipped in the bud the demand of a lawyer to initiate contempt of court proceedings against Abhishek Banerjee for his comment on the role of a section of the judiciary (“HC rejects plea against Abhishek on contempt”, May 31). The bench has, however, cautioned Banerjee to be more careful in his utterances as a public representative. The sanctity of the judiciary cannot be questioned without reason.