Advertisement
Home / Opinion / Letters to the Editor: Eye-catching wall art is a breath of fresh air

Letters to the Editor: Eye-catching wall art is a breath of fresh air 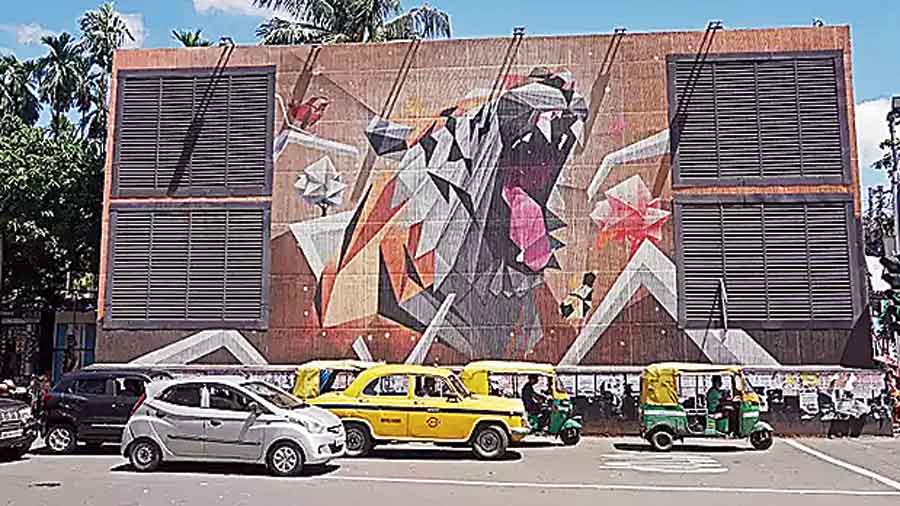 Sir — Calcutta has always been synonymous with all things artistic. Lately, several prominent corners of the City of Joy have seen a makeover with the help of colourful, eye-catching wall art, which has come as a breath of fresh air for passers-by who are struggling to breathe under their masks. The New Town subway, the Park Circus tram depot and the outside of the Phoolbagan Metro station are some sites where such art can be spotted. One must laud these artists — many of whom remain anonymous — for celebrating art’s true purpose: elevating the human soul.

Sir — Human civilization cannot exist detached from science. Disregarding scientific facts is thus unacceptable. Unfortunately, in India, unscientific beliefs seem to be gaining more and more ground of late. These beliefs are being given credence by people in positions of power and those with the ability to influence public opinion. These days, a majority of Indians seem eager to veer away from the vision of the country that its first prime minister, Jawaharlal Nehru, had envisaged. Nehru passionately advocated the cultivation of a scientific temperament for the creation and progress of a modern, forward-looking nation state.

Promoting superstitious ideas has become a trend under the current dispensation. Who can forget that the prime minister himself said that Ganesha had had his head transplanted by plastic surgery? The pandemic only made a bad situation worse. Claims were made about cow dung and urine having the power to cure Covid-19; some of those who opposed such untruths were even sent to jail.

The latest instance of such a blatant propagation of unscientific belief has come from a learned judge of the Allahabad High Court, who said that the cow is the only animal that both inhales and exhales oxygen. Such patently unscientific statements will come as a shot in the arm for cow vigilantes. Scientists who are fighting day and night to save humanity and ensure the progress of the race will soon be left to wallow in neglect. Worse, how can a judge, who is supposed to be learned enough to make decisions on life and death, make such an observation? What does this say about the justice system in India and those who run it?

Sir — The prime minister of Japan, Yoshihide Suga, has made it clear that he will be stepping down and shall not be contesting for his party’s leadership in the upcoming elections. His popularity has declined among 90 per cent of the Japanese population, mostly because of the way he handled the Covid-19 pandemic. It did not help matters that the Olympics were organized against the wishes of the Japanese people. It is almost certain that he would have lost the elections had he contested them.

The fears of the Japanese people are not unfounded. Across the world, it seems nearly impossible to control the coronavirus, which mutates quicker than scientists can come up with a cure. Vaccination campaigns are not being able to keep pace with the virus the world over, especially in countries like India. The decision taken by Suga, then, indicates that he is taking moral responsibility for his failures. This is admirable. The situation was worse than Japan in many countries, with patients dying outside hospitals owing to Covid mismanagement and the lack of medical oxygen and beds. Can anyone forget the images from India’s second wave? Should not the heads of those countries resign as well?

Sir — The allegations made by the Rajya Sabha member of parliament, Sukhendu Sekhar Ray, against the growing misuse of Central agencies by the saffron party are serious. If Ray’s claims prove to be true, legal steps should be taken to stop the high-handedness of the party in power at the Centre.