Virulent unreason: Pandemic can root out voice of unreason, misogyny 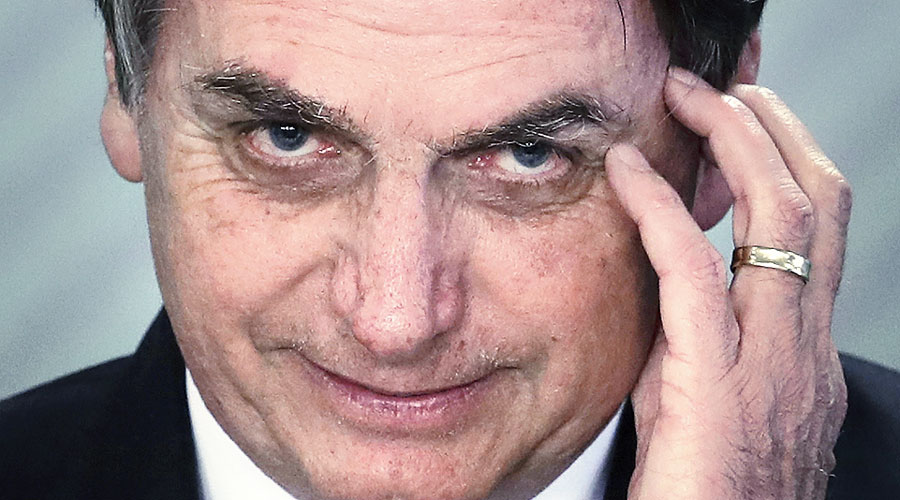 Sir — Not even a pandemic can root out the voice of unreason and misogyny. The Brazilian president, Jair Bolsonaro, is proof of this. While launching the country’s mass inoculation programme he said that he would not be receiving the vaccine and went on to stoke doubts about the efficacy of the most promising Pfizer-BioNTech vaccine. Further, he said that the vaccine could turn people into crocodiles or, worse, make women grow beards and give men an effeminate voice. Bolsonaro’s ideas went out of fashion after the stone age. It is frightening to think that he is the leader of a nation.

Sir — At a time when protesting farmers have resolved to continue their agitations, a group of eminent economists have written to the Centre, requesting the government to repeal the farm laws, which they claim are not in best interests of small and marginal farmers. They have put forward five reasons why the three laws are fundamentally harmful for small farmers. Interestingly, the Supreme Court has asked the Centre to consider deferring the implementation of the contentious farm laws as a step towards resumption of dialogue with farmers’ unions. Earlier the court had suggested the formation of a panel to resolve the issue.

In the meantime, more farmers continue to lose their lives and livelihood. One of them suffered a cardiac arrest, while another was killed in a road accident. So far, 30 farmers from Punjab and Haryana have died. Against this backdrop, the adamance of the Union government is inexplicable. It refuses to be reasonable. Instead, the minister for agriculture has written a letter to the farmers, repeating the government’s claims about the benefits of the three farm laws and criticizing the Opposition for allegedly misleading them.

Considering the present imbroglio, the prime minister must take immediate steps to break the ice between the government and the agitating farmers’ unions.

Sir — Even though the Supreme Court asked the Union government to look into suspending executive action on the three farm laws till the deadlock with agitating farmers was resolved, the Bharatiya Janata Party decided to forge ahead with its intensive outreach programme to farmers, explaining the advantages of the laws. The stalemate between the farmers and the government thus continues. Each side is waiting for the other to cave as peaceful agitation shows no signs of ending even in the biting cold of Delhi. The court would have to intervene more firmly for this to end.

Sir — Angry farmers’ unions have objected to and criticized the prime minister, Narendra Modi, and the agriculture minister, Narendra Singh Tomar, for linking their protests with Opposition parties and declared that they will continue peaceful agitation till all the three farm laws are withdrawn. Rather than underlining the problems in repealing the three farm laws, Modi undermined his position as an accountable head of government. By linking the farmers’ protest to Opposition parties in order to divert people’s attention from the real problem the government is only trying to cover its mistakes.

Sir — The pandemic has already pushed the Indian economy into a deep contraction. The ongoing protest against the new agricultural laws threaten to exacerbate the economic angst. For over two weeks now, thousands of farmers have been staging demonstrations, especially in Delhi. It is really unfortunate that talks between the government and representatives of farmers have failed to break the deadlock. Millions of small-scale farmers have lost their incomes owing to the falling prices of crops and rising transportation and storage costs. The Narendra Modi-led government must shed its ego and engage in constructive talks with farmers and amend the contentious Acts or formulate completely new laws. After all, it is the farmers who keep India fed.