Advertisement
Home / Opinion / Letters to the editor: Connotations of words evolve with time and popular usage

Letters to the editor: Connotations of words evolve with time and popular usage

Readers write in from Bangalore, Calcutta and Mumbai 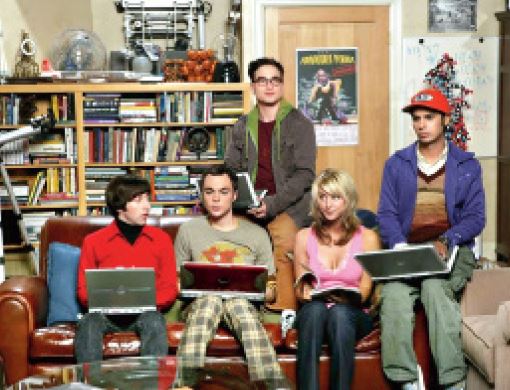 What’s in a word

Sir — The connotations of words evolve with time and popular usage. For instance, a ‘geek’ used to be someone who is passionate about technology or certain subcultures. However, the same word is now used in a derogatory sense to poke fun at individuals with above-average intellectual capabilities. Geeks are often treated as social pariahs by their peers. This is disconcerting. Hearteningly, such stereotyping has been challenged by films and sitcoms, such as The Social Network and The Big Bang Theory, which portray geeks and nerds as their leading men and women. This can ensure the acceptance of such characters in real life too. Reclaiming alleged pejorative terms can thus be a way of eliminating social prejudices.

Sir — The overwhelming response to the Bharat Jodo Yatra in South India has led key functionaries of the Congress to seek the return of Rahul Gandhi as the party president (“Only Rahul, as president or leader”, Sept 19). Oddly, several leaders of the Bharatiya Janata Party, too, are in favour of Rahul being re-elected as the Congress chief, claiming that this will make it easier for their party to register electoral victories. They have a point. The Congress has indeed fared poorly at the hustings in the past few years under Rahul’s leadership. Many senior Congress leaders have also resigned owing to disenchantment with the party’s high command.

Sir — The Bharat Jodo Yatra led by Rahul Gandhi has garnered widespread support among people. But it is not necessary that this will translate into electoral victories (“Yatra’s lesson is in the wait”, Sept 19). The Congress needs to do more to effectively challenge the formidable popularity of the prime minister, Narendra Modi. The Grand Old Party needs to get its house in order and elect a president who can lead the Opposition’s charge against Modi in the 2024 general elections.

Sir — The veteran Congressman and member of Parliament, Shashi Tharoor, has received assent from the Congress interim president, Sonia Gandhi, to contest the party presidential elections. Another party veteran and the chief minister of Rajasthan, Ashok Gehlot, may also contest for the post. This would ensure a fair competition. However, Gehlot has also moved a resolution in the state unit demanding Rahul Gandhi’s appointment as the party chief. This shows that party sentiments are still largely tipped in favour of the Nehru-Gandhi family.

Sir — The Dravida Munnetra Kazhagam has challenged the validity of the economically weaker sections quota in the Supreme Court. The Indian Constitution guarantees reservations for historically disadvantaged groups based on social indicators, not economic ones. The EWS quota, which brings upper castes within the ambit of reservation, thus erodes the rights of the truly deprived. Moreover, according to a 2021 United Nations report, five out of six multidimensionally poor people in India are from the so-called lower castes or tribes. The EWS betrays the flawed, populist policy making of the Narendra Modi government.

Sir — There has been a rise in vector-borne diseases like dengue. Such spikes are common in the monsoons. Extensive vaccination along with civic measures such as spraying pesticides and preventing stagnation of water are the most effective ways of preventing dengue. Newer technology must also be deployed to control the surge in infections. Releasing genetically modified mosquitoes— recent trials in this have shown promising results — into the environment can bring down the number of Aedes aegypti mosquitoes, which are the most common carriers of the dengue viruses. India must adopt this technology as soon as possible.

Sir — In his article, “Plug into the future” (Sept 19), Lokendra Sharma underlines the ramifications of a common charging port for a range of devices like mobile phones, tablets, e-readers, digital cameras and so on. The European Union has moved a legislation to adopt a single charging solution for most electronic devices. But technological giants like Apple have opposed the move, saying that it would stifle innovation. However, a single type of charger would be beneficial for many people and cut down costs dramatically.

Sir — After putting together the dossier that led to the inclusion of Calcutta’s Durga Puja in Unesco’s list of intangible cultural heritage, the historian, Tapati Guha Thakurta, is now planning to set up a public digital archive on the Puja (“Historian plans Puja digital archive”, Sept 19). This is a noble initiative. The state government must extend all possible support to Guha Thakurta. Durga Puja celebrations would never be possible without the untiring effort of hundreds of artisans and labourers. But they are hardly given their due credit. The digitisation of the festival and its associated rituals will become a permanent record of their contributions.

Sir — Pan Nalin’s Chhello Show is India’s official submission to the 2023 Oscars. This is laudable. The content and film-making of this Gujarati coming-of-age drama are of much better quality than films like RRR and The Kashmir Files, which were being considered as Oscar entries.