Advertisement
Home / Opinion / Letters to the Editor: Climate change is a great leveler

Letters to the Editor: Climate change is a great leveler 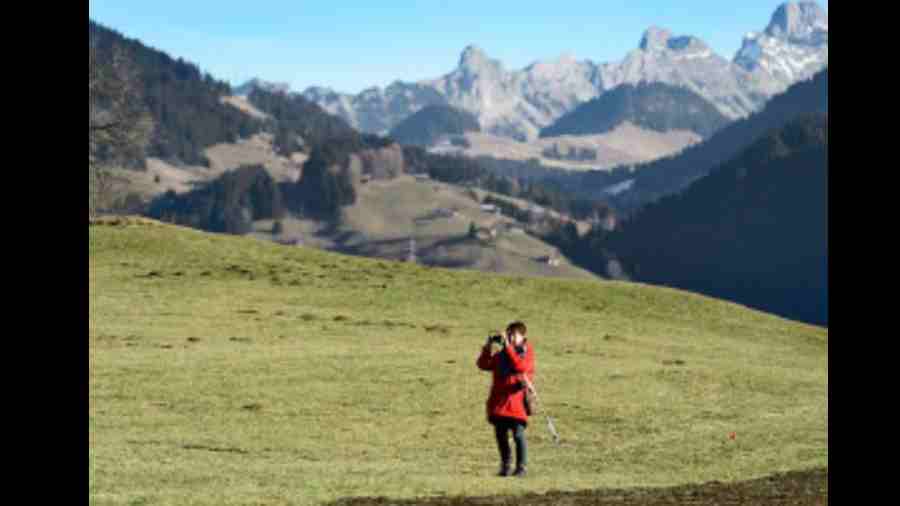 Perhaps the rich and the poor would no longer remain sceptical about the reality of the changing climate.
Sourced by The Telegraph
The Editorial Board   |   Published 19.01.23, 04:32 AM

Sir — The adverse effects of climate change are well documented. The last few years have seen a drastic increase in the number of forest fires, floods and cyclonic storms, while rising seas threaten to engulf entire island nations. It is often argued that the poor have to bear the burden of the vagaries of climate change. But climate change is a great leveller. Recently, the dearth of snow on the slopes of the Swiss Alps has upset winter plans for many affluent merrymakers. Resorts located in the quaint villages of Switzerland are reporting below average occupancy as tourists are shying away from the snowless slopes. Perhaps the rich and the poor would no longer remain sceptical about the reality of the changing climate.

Sir — At least 68 passengers were killed when an aircraft of the Yeti Airlines crashed at Pokhara International Airport (“68 dead in Pokhara air crash”, Jan 16). This is Nepal’s deadliest aviation disaster in 30 years. The aircraft had 72 people on board, including four crew members and 15 foreign passengers. Nepal’s aviation sector has seen a number of accidents of late owing to poor maintenance of aircraft, insufficient training of personnel, and lax safety standards. According to the Aviation Safety Network database, there have been 27 deadly plane crashes in Nepal over the last three decades, killing over 600 people in total.

Sir — The plane crash in Nepal underscores, yet again, the country’s poor airline safety record (“Focus on request to change runway”, Jan 17). Nepal has suffered some 46 fatal air crashes since 1946. The latest crash was its third deadliest ever and the second such accident in less than a year’s time — in May 2022, an aircraft crashed in the mountainous Mustang district, killing all 22 people onboard.

While Nepal’s rough terrain is a challenge even for seasoned pilots, more must be done to reform the country’s aviation sector and prevent such accidents. Currently, the Civil Aviation Authority of Nepal is both a service provider and a regulator. An independent regulatory authority is needed to ensure the strict enforcement of safety standards. Or else, such mishaps will continue to recur.

Sir — A steep gorge and a sudden crowd of thousands of locals hindered rescue operations after the plane crash in Nepal. Aviation accidents are not uncommon in Nepal owing to its remote runways and inclement weather. Nepal must upgrade its aviation sector if it wants to attract foreign tourism.

Sir — The decennial census exercise has been conducted without fail 16 times since 1872 — both the imperialists and the rulers of independent India found it indispensable (“Hurry up”, Jan 17). A prolonged delay in the census has varied ramifications, with the functioning of the welfare State being worst-affected. Such a delay can render some of the government’s major programmes ineffective and irrelevant.

The Centre should have given a green light to the voluminous process of collecting census data at the first sign of the pandemic ebbing. The pace of the exercise could also have been quickened with the help of modern technology.

Sir — The editorial, “Hurry up”, presented a comprehensive account of the consequences of delaying Census 2021. Relying on data from 2011 for policy decisions shall lead to erroneous conclusions and inadequate measures. The Centre should not tarry any longer and begin the work of collecting data at once.

Sir — Oxfam’s latest report shows that the accumulation of wealth in the hands of the rich continues unabated in India. It is alarming that the poorest half of the Indian populace possesses only 3% of the country’s total wealth, while the top 5% of Indians own more than 60%. Ironically, almost two-thirds of India’s goods and services taxes are collected from the pockets of the poorest 50% and only 3% is derived from the uber-rich. The government seems to have no qualms about taxing essential commodities at high rates while the rich are given hefty tax write-offs.

Sir — Ahead of the World Economic Forum’s annual gathering in Davos, Switzerland, Oxfam India’s latest study, Survival of the Richest: The India Story, has revealed that India’s richest 1% hold more than 40% of the country’s total wealth. It further hypothesised that if the country’s 10 richest people were taxed at 5%, the cost of educating 150 million poor children who have dropped out of school could be covered. Further, even a 1% wealth tax could be sufficient to fund the National Health Mission for more than a year. It is time to disabuse ourselves of the misconception that tax breaks for the rich lead to the creation of collective wealth.

Sir — The world-famous Italian actress, Gina Lollobrigida, who was the heartthrob of millions, passed away at the advanced age of 95 years. During her heyday in the 1950s, she had acted opposite renowned actors like Frank Sinatra and Burt Lancaster. She will be missed.

Sir — Gina Lollobrigida was one of the few actors whochose European films over the glamour of Hollywood. She was superb in Bread, Love and Dreams.