Letters to the editor: Channi appointed as Punjab CM

Readers write in from Maruthancode, West Burdwan, and Calcutta 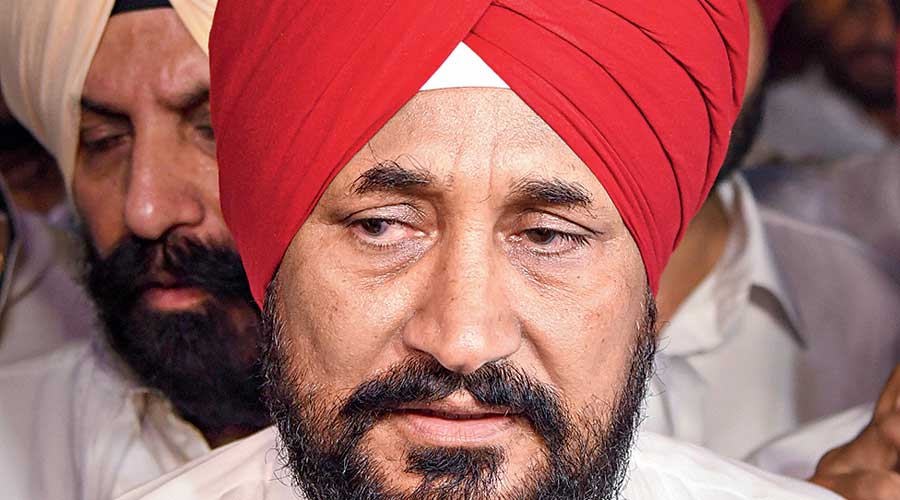 Sir — The Punjab potboiler is far from over. From the rumblings of discontent over the political developments in the state, it is evident that the swearing-in of Charanjit Singh Channi as the new chief minister, following the resignation of Amarinder Singh, scripted by the Congress high command was not the dénouement of the political drama (“First Dalit CM of Punjab”, Sep 20). It seems that this saga will continue till the state assembly elections in early 2022.

A Dalit Sikh being made the chief minister is at best a symbolically significant gesture. It does not, in itself, assure a better life for Dalits. It is not difficult to tell whether the choice was made with an eye on the Dalit vote since the Shiromani Akali Dal and the Bahujan Samaj Party has formed an alliance or out of commitment to Dalit empowerment and welfare. Dalits make up close to 32 per cent of the population in Punjab. The Congress, like most other parties, looks at Dalits as a vote bank. Even though it may not be as stridently anti-Dalit as the saffron party, it has done little over the decades to uplift Dalits. Clearly, it lacks the political will. It thus remains to be seen how effectively the Congress will be able to play the Dalit card.

Channi is widely perceived as a ‘stopgap chief minister’ and as a proxy for Navjot Singh Sidhu. This is made clear by the statement of the Congress state in-charge, Harish Rawat, that the assembly election will be fought under the aegis of Sidhu. The Bharatiya Janata Party and the BSP, of course, lost no time to denounce the use of a Dalit face to harvest votes. The ongoing farm protests have put the BJP out of the reckoning. The Congress is a divided house; but the fact that there is no alternative may help it romp home. The internecine fights within the Congress are not over any policy, issue or ideology. The Congress would do well to get its act together and work to grow stronger in states where it is not in power than upset the apple cart and trigger internal crises in states where it is in power for the sake of secularism and pluralism, if nothing else.

Sir — The recent induction of Charanjit Singh Channi — a rather low-profile Dalit leader who had not been at the forefront of the race for power so far — as chief minister in Punjab is a well-thought-out decision by the Congress leadership. The intent as well as the modus operandi of the recent chief ministers in both Gujarat and Punjab appear to be similar.

In Punjab, the Dalit card has been played out desperately as a last resort to woo the community that had so far been sidelined before the polls. It is no doubt a risky ploy. Channi does not share a very strong allegiance to either Amarinder Singh or Navjot Singh Sidhu — the two are at daggers drawn. This could quell the bickering for the time being.

But other challenges — past infirmities and underperformances — will continue to haunt this rejigged government. In fact, such stupendous course correction within a short span of time is most likely untenable. Further, the Dalit card had been played out by other contenders long before the Congress’s foray; this will possibly nullify the appeasement tactics of the incumbent.

Apart from the perennial drug abuse problem in Punjab, the state will also have to tackle the aggravated threats of cross-border terrorism and influx of arms and ammunition, given the change of guard in its geopolitical neighbourhood. With his indubitable nationalist credentials and experience in the field, one believes that Amarinder Singh could have managed this threat efficiently. It is unlikely that his unceremonious exit will be taken lightly by the people of Punjab.

The simmering unrest between the two contending blocs within the Congress might grow more pronounced with the election drawing closer. Such intra-party resentment, squabbling and foul play pose a grave threat to the Congress’s electoral prospects, leading to a neck-and-neck fight. Chances of a hung assembly and surprising post-poll alliances cannot be ruled out either.

Sir — The immersion of idols may mark the end of a festival, but this can also be the beginning of deep environmental problems. It is common knowledge that there is a high risk of the heavy metals used on the idols entering the food chain. But experts have now come up with a new observation — the smaller the idol, the greater the chances of water pollution because it is difficult for the authorities to keep track of smaller pujas and fish the immersed structures out of the water. There is an urgent need for a programme where people can register their pujas to help the authorities check pollution.