Letters to the Editor: Catholic Church must extend equal rights to women 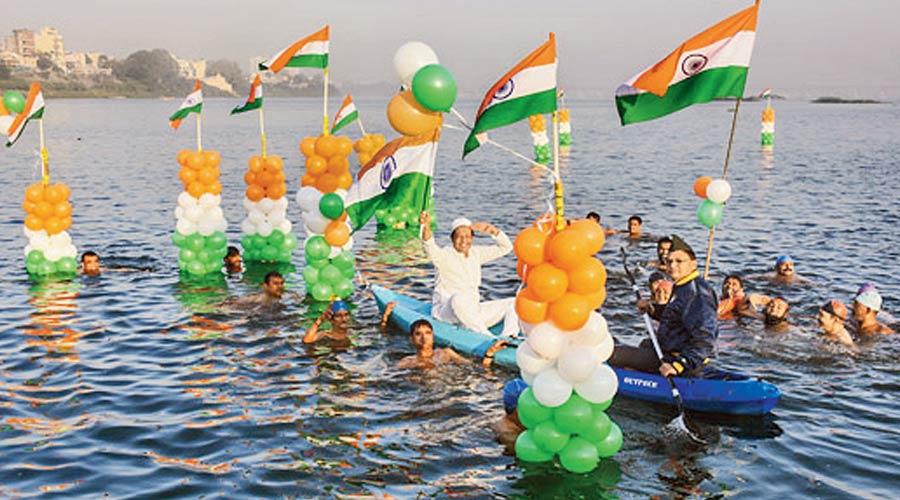 Step into the future

Sir — Institutions must evolve with the times in order to remain relevant. The head of the Catholic Church, Pope Francis, recently conferred the lay Roman Catholic ministries of lector and catechist on women for the first time. Earlier, he had formally changed the law to allow women to administer communion and serve at the altar. But the Vatican continues to reserve priesthood for men, thus barring women from occupying leadership roles within the Church. The Catholic Church must extend equal rights to women in all aspects if it hopes to retain its following in the modern world.

Sir — The Padma awards are the most prestigious civilian honours conferred by the Indian government. But these awards have now taken on a political colour. The former chief minister of Uttar Pradesh, Kalyan Singh, under whose watch the Babri Masjid demolition took place, has been awarded the Padma Vibhushan. It was also surprising to see the Congress leader, Ghulam Nabi Azad, receiving the Padma Bhushan, which many feel is not commensurate with his political achievements. Clearly, there are other considerations guiding these awards.

Sir — The veteran singer, Sandhya Mukherjee, has maintained her dignity by refusing the Padma Shri. It is a shame that the Centre did not honour the celebrated singer with an award befitting her contributions.

Sir — The national flag is a symbol of the nation’s pride. But plastic and paper flags, sold liberally during Republic Day and Independence Day, often end up in the garbage or are strewn on the streets. It is the duty of every citizen to maintain the dignity of the national flag. This carelessness must stop.

Sir — It is disheartening to see national flags littered on the road. As per the Flag Code of India, 2002, a damaged national flag can either be burnt or buried while adhering to strict procedure. We must respect the tricolour.

Sir — A three-judge bench of the Supreme Court has sought a response from the Centre and the Election Commission of India with regards to a petition filed by the Bharatiya Janata Party leader, Ashwini Kumar Upadhyay, calling for a curb on offering freebies before an election (“SC poser on poll freebies”, Jan 26). Upadhyay is right to insist that promising freebies or giving monetary assurances goes against the democratic values of the nation.

But the apex court has rightly questioned his motive for only naming the Aam Aadmi Party, the Congress and the Shiromani Akali Dal in his petition when all parties, including the BJP, are guilty of such behaviour. There should not be any double standards when it comes to accountability.

Sir — The Supreme Court’s concern about the distribution of freebies by political parties is understandable. However, it will be difficult for the EC to curb these practices and differentiate them from promises of pension schemes or smartphones for underprivileged students.

Sir — The Darjeeling superintendent of police, Santosh Nimbalkar, must be praised for rushing to a nursing home at night to donate blood to a pregnant woman (“Rare blood type, rare gesture by top cop”, Jan 25). The woman was undergoing a C-section and needed B (Rh) negative blood, which is found in only 2 per cent of the population. We must learn from Nimbalkar’s selfless act.