Letters to the Editor: Bengal’s favourite 'ghoti-gorom' snack is vanishing 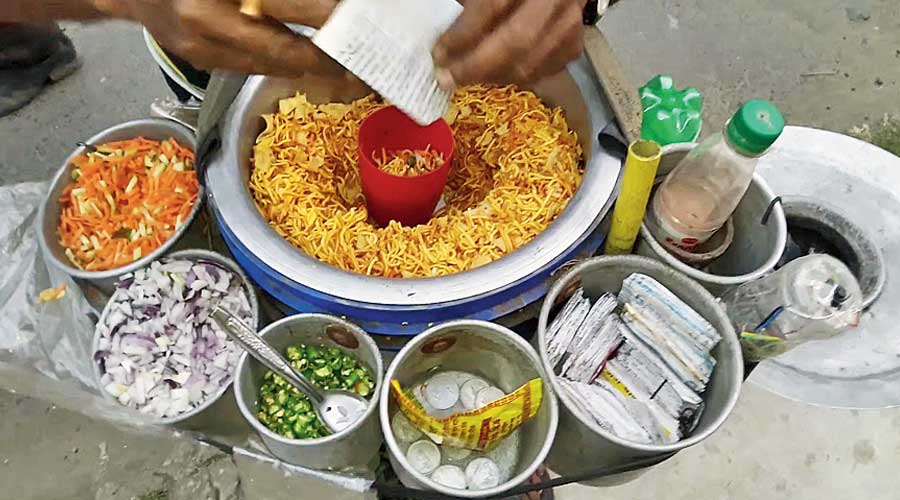 Sir — Many of us have fond memories of outings in the city during summer vacations. These outings would have been incomplete without a thonga of ghoti-gorom. The savoury mix of chanachur, roasted peanuts, onions, green chillies and amra served in newspaper packets was the go-to street snack for adults and children alike. It could be consumed while traipsing around the city or taking the air at Maidan. It was also easy on the pocket. The tinkering bells of ghoti-gorom sellers during the evenings brought unadulterated joy. But such pleasures are hard to find these days. With cafes mushrooming all over the city and millennials deciding what to eat from Instagram, Bengal’s favourite snack is vanishing.

Sir — The United Nations General Assembly declared March 15 as the International Day to Combat Islamophobia. Unsurprisingly, India, France and the European Union — each has faced accusations of Islamophobia in the recent past — objected to the decision (“All’s fair”, Mar 21). India’s permanent representative to the UN expressed concern about the phobia against one religion being set apart and elevated to the level of an international day. India rightly pointed out that such discrimination is not restricted to Abrahamic religions. Its suggestion of a more inclusive term, religiophobia, to signify hatred of any religion, is in line with the pluralistic ethics of India.

Sir — The chief minister of Maharashtra, Uddhav Thackeray, has turned down an offer of alliance from the All India Majlis-e-Ittehadul Muslimeen, alleging that it is part of a conspiracy by the Bharatiya Janata Party to defame the Maha Vikas Aghadi government. Thackeray further said that the AIMIM was working as the BJP’s B-team, adding that such an alliance would never be on the cards.

However, nothing is predictable in politics. There was a time when the Shiv Sena and the Congress were staunch rivals. But the Sena abandoned its oldest ally, the BJP, and partnered with the Congress to form the MVA government in 2019. If the Sena’s present allies ever withdraw their support from the MVA government, it would not be surprising to see Thackeray accept the AIMIM’s offer.

Sir — In spite of their overt rivalry, the AIMIM is widely believed to have a tacit understanding with the BJP, which helps the saffron party win elections by splitting the Muslim vote. By offering to tie up with the Shiv Sena, the AIMIM is perhaps trying to disprove these charges.

Sir — It is heartening that the West Bengal government has decided to introduce a common school uniform till Class VIII in all government, government-aided and government-sponsored schools. Students in such institutions will now have to wear navy blue and white uniforms — colours preferred by the ruling dispensation — featuring the Biswa Bangla logo. However, the move has been unnecessarily criticized for politicizing education. The purpose of school uniforms is to ensure equality among students irrespective of caste, creed, ideology or financial status. The government’s decision is a step towards ensuring that.

Sir — The decision to make the Biswa Bangla logo a part of school uniforms raises red flags. This is akin to a publicity stunt by the ruling dispensation. It will also rob educational institutions of their individualism. The Biswa Bangla logo was adopted by the state in 2018. But since it is not linked to any of the government’s policies, it should not be forced upon educational institutions. The authorities must rethink this decision at once.

Sir — Chandrima S. Bhattacharya’s article, “Skip a beat” (Mar 11), describes how ‘palpitation’, once an important part of the Bengali vocabulary, has now fallen out of fashion. But her implication that Lalmohanbabu, the popular character from Feluda’s adventures, was timid because he had palpitations after a particularly arduous camel ride in Sonar Kella was off the mark. After all, the same Lalmohanbabu had laughed at the prospect of running away from danger and bravely faced a knife-thrower in another film. Bhattacharya also implies that palpitation is a uniquely Bengali tic. This is an unfair assessment. Thousands across the country suffer from palpitation; it has nothing to do with timidity.

Sir — Gopalkrishna Gandhi must be lauded for reminding readers about the indomitable Acharya Jivatram Bhagwandas Kripalani in his article, “The purest kind” (Mar 20). Kripalani’s political legacy teaches us the importance of diligently and honestly performing one’s duty instead of chasing after popularity. This should inspire India’s present crop of political leaders.

Sir — World Water Day is celebrated on March 22 every year to underline the importance of this life-giving element. The theme for this year was ‘Groundwater: Making the Invisible Visible’. Not only are human depredations polluting groundwater, but the pressure exerted on potable sources of water by an ever-growing population can also be disastrous. We must do all we can to conserve water. Public awareness is key to such efforts.