Advertisement
Home / Opinion / Letters to the Editor: A matrimonial site for IITians is grossly elitist

Letters to the Editor: A matrimonial site for IITians is grossly elitist 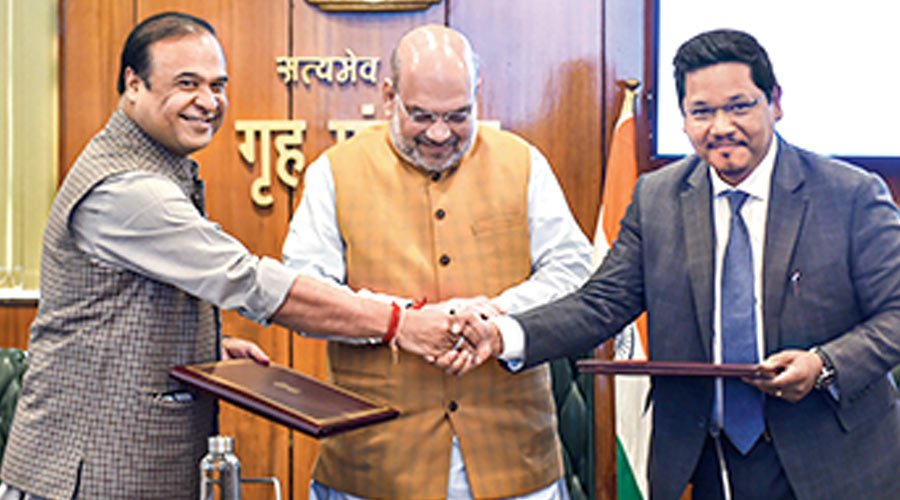 Sir — A matrimonial website, IITIIM Shaadi, has come under fire for catering only to the alumni of premier institutions like the Indian Institutes of Technology and the Indian Institutes of Management. The site insists that intellectual parity is key to companionship. This is grossly elitist; intellect, after all, cannot be measured solely by a degree from a premier institution. It also reduces the search for a life partner to a superficial endeavour. Several other matrimonial sites are guilty of catering to specific demographics. Ironically, these sites can screen snobs out of the marriage market.

Sir — The governments of Assam and Meghalaya must be lauded for resolving decades-old boundary disputes in six out of 12 contentious areas (“Meghalaya, Assam in border pact”, Mar 30). The memorandum of understanding signed by the two states also paves the way for ironing out differences in the remaining six disputed regions.

The two states have adopted a symbiotic approach — Meghalaya and Assam will each get a near-equal share of land. This could serve as a template for solving other disputes in the region. Assam is embroiled in boundary disputes with most of its neighbours. One hopes that this agreement will encourage peaceful settlements of other such disputes.

Sir — The Northeast has long been restive, hindering its development. The amicable resolution of some of the border disputes between Assam and Meghalaya must thus be lauded. It may bring peace and stability to the region. Border troubles in the Northeast are the legacy of colonialism. The British made vague and arbitrary divisions for their own benefit, deepening the fault lines among different communities. These problems persisted even after the boundaries were redrawn post-Independence.

While the Assam-Meghalaya pact is the right step forward, other challenges still remain. The security of the region should be entrusted to the state police rather than paramilitary forces. This will instil confidence in people.

Sir — The local people in Assam and Meghalaya — especially those living near the borders — must be consulted before taking any decisions that affect their lives.

Sir — A single-bench judge of the Calcutta High Court, Justice Abhijit Gangopadhyay, has accused a division bench of the same court of curbing the power of his bench (“HC judge criticises division bench”, Mar 31). Gangopadhyay alleged that the division bench, comprising Justice Harish Tandon and Justice Rabindranath Samanta, had interfered by staying his order in a case related to corruption charges against the School Service Commission. He sought the intervention of the Calcutta High Court and the Chief Justice of India.

It is rare to see a single-bench judge expressing such grievances. But the rift within the judiciary hints at bigger problems. The incumbent government at the Centre has been accused of trying to influence the judiciary. In this case, similar charges could be levelled against the West Bengal government. The judiciary must take steps to reaffirm its independence.

Sir — The article, “Pensioner gasps in pincer grip” (April 1), highlights the plight of retired people and the impact of inflation and fuel price hikes on their daily expenses. Pensioners depend on the retirement corpus to meet their needs. But falling interest rates and rising costs of living have drastically reduced the real value of the pensioners’ savings. While the Central government revises its pension schemes regularly, banks and private companies do not do the same. This is unfair.