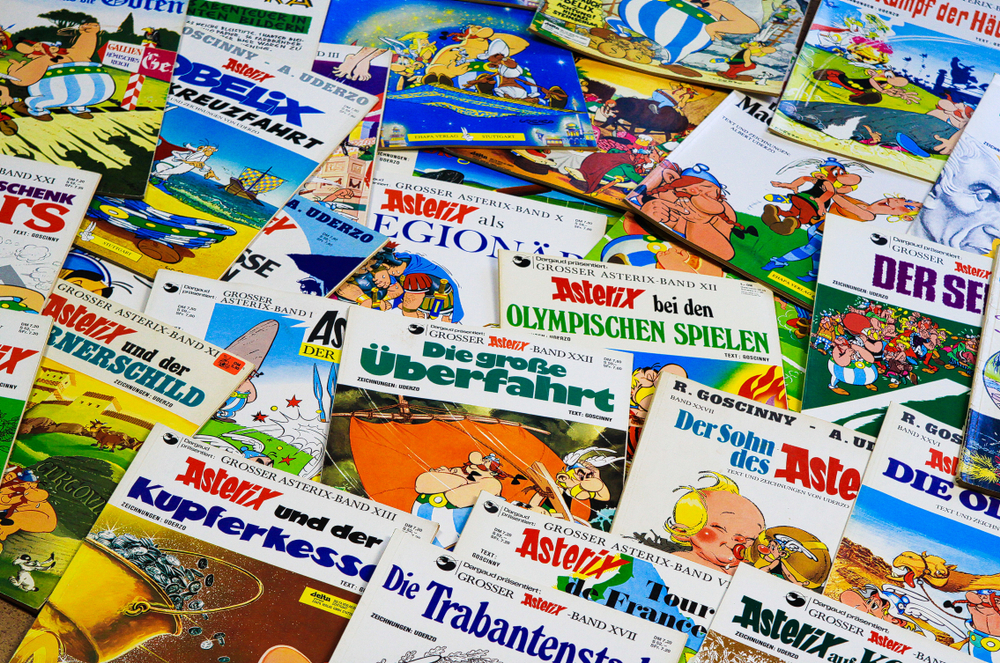 Sir — Albert Uderzo was almost unmatched as an artist. If one looks at the detailing in Asterix and Cleopatra or in Asterix at the Olympic Games, especially the minutiae of ancient Egypt and Greece such as the drawings of the pyramids and the Sphinx, it highlights the artist’s brilliance. Uderzo’s skill, combined with René Goscinny’s writing, made Asterix a classic. Now, with a new bunch of writers and artists creating new comics, that charm is lost. And I blame Uderzo for that. He should have retired the comics with him; that way, the charm would have lived on forever.

Sir — There is much uproar on social media regarding the new song, Genda phool, by the Indian singer-rapper, Badshah. The artist has been accused of plagiarizing a popular Bengali folk song without crediting the original song writer. While there is nothing wrong with being influenced by other artists — in fact, in my opinion, very little is original these days when it comes to popular music — acknowledging fellow artists is a must. Badshah has denied that the song is taken from Ratan Kahar, a resident of Birbhum, and claimed instead that it is merely inspired by Bengali folk music. What kind of generalization is that? Is the singer aware of how diverse ‘Bengali folk’ is and that it is a broad genre within which there are many artists, small and big, who add their own uniqueness?

Would Badshah dare take the lyrics from a Bob Dylan song and claim that it was inspired merely by American folk and not any particular artist? Since Kahar is a poor artist without the means to fight for copyright over what seems to be rightfully his, Badshah might very well get away with this act. It is impossible for individual artists to go up against big corporations in the music industry.

Sir — The alleged intellectual property theft by the musician, Badshah, is not the only thing disturbing about the song, Genda phool. The portrayal of Bengalis in Bollywood seems to have become inextricable from the dhunuchi naach, women in laal-paar shada saris and men in dhotis. One has to perhaps thank Sanjay Leela Bhansali for popularizing these stereotypes, but they have existed way before he made his star-studded and melodramatic Devdas.

Further, the less that is said about the objectionable lyrics of the song, the better. It is astounding that men can still get away with comparing a woman to butter.

Sir — After the Starbucks coffee cup that snuck its way into a Game of Thrones episode, a modern-day flask has been spotted in one of the scenes from Little Women directed by Greta Gerwig. It is true that franchises as big and costly as Little Women and Game of Thrones — the former had a budget of $40 million — should exercise more caution when it comes to maintaining authenticity regarding the period that they are portraying. With people cooped up at home for long periods and binge-watching their favourite shows and films, more such errors are likely to surface. But a tiny slip — both the coffee cup and flask are almost invisible unless specifically pointed out — is nothing to lose sleep over. It shows the lack of enrichment in people’s lives that leads them to obsess over such details instead of taking in and learning from the tales that these shows have to tell.

Sir — Human resources departments of various companies have claimed that even after the coronavirus scare has passed, the work-from-home model that has been established because of it is here to stay. Companies can not only save establishment costs but also stop paying employees for conveyance.

But the most important aspect perhaps will be that employees will be at the beck and call of companies 24x7.

Is anyone thinking of the mental health of employees?