Readers' Speak: Impact of the Covid-19 pandemic on the world student population; Donald Trump withdrawing US funding to WHO 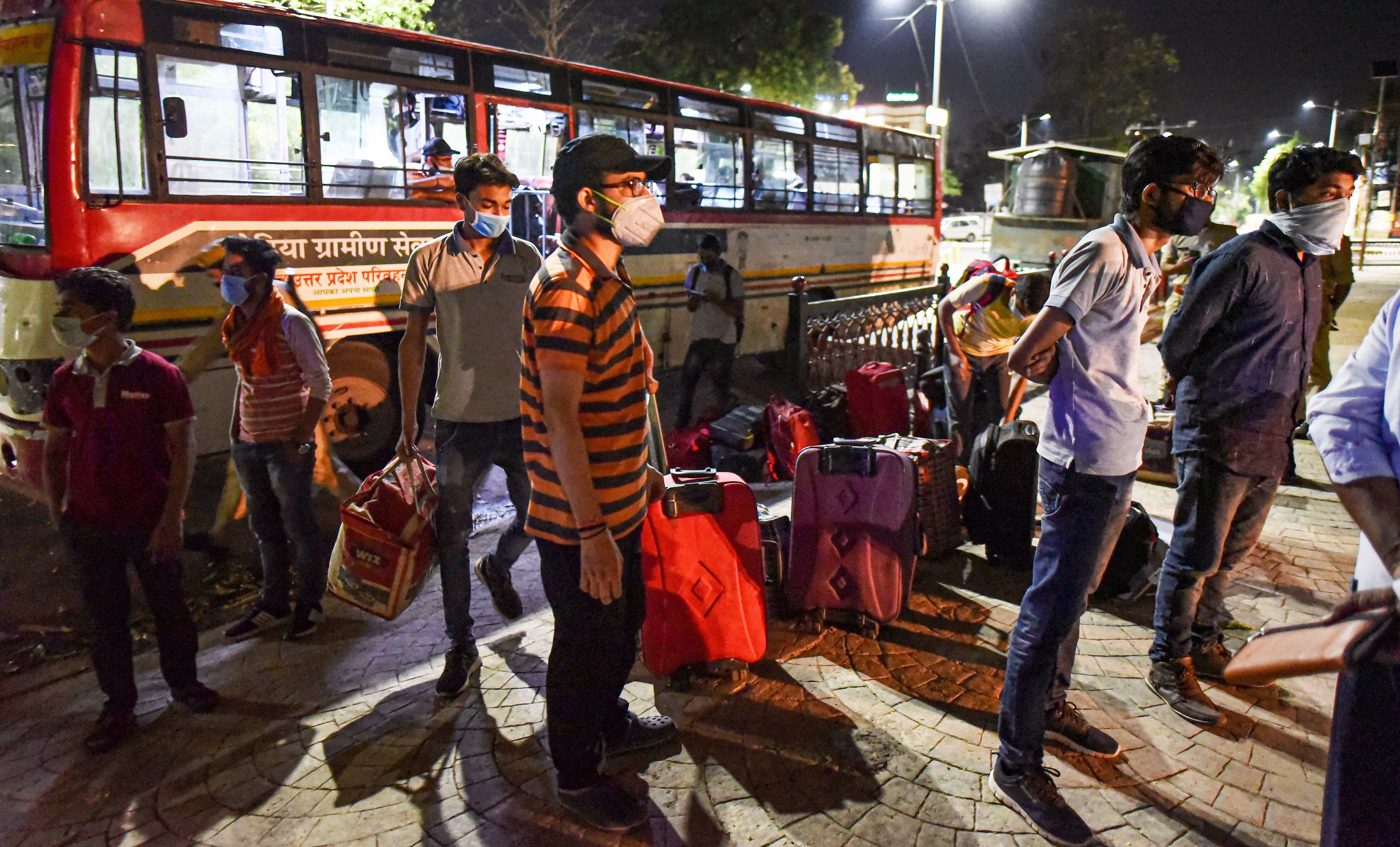 Stranded students from Kota alight the bus arranged by UP government as they arrive at their native place during the nationwide lockdown, imposed as a preventive measure against the coronavirus, in Prayagraj, Monday, April 20, 2020.
PTI
The Telegraph   |     |   Published 20.04.20, 08:50 PM

Sir — According to a recent estimation by Unesco, the Covid-19 induced lockdown has had an impact on over 91 per cent of the world’s student population. Several nations have closed educational institutions, and the worst affected are perhaps those who were about to finish school. With final examinations still pending, the usual academic session has been disrupted. Many worry that they might lose a year. Attending online classes may work as a temporary solution for some, but many are stuck in a limbo. There are a number of practical problems in the educational structure that can only be resolved once the lockdown is lifted.

Sir — The news that the president of the United States of America, Donald Trump, has decided to suspend US funding for the World Health Organization reflects poorly on the leader who has failed to effectively combat Covid-19 in his country (“Trump to halt funding for WHO”, April 16). Trump declared that his administration would review whether the WHO was responsible for “severely mismanaging and covering up” the coronavirus spread. Earlier, Trump had repeatedly held others responsible for the rapid spread of the disease in the US in an effort to hide the incompetence of his own administration.

The US, so far, has been the biggest financial contributor to the WHO. Thus, the withholding of money in the middle of a pandemic will deal a major blow to and severely affect the distribution of medical supplies to vulnerable countries. Trump would do well to remember that it was this incumbent government that had called for the continued support of the WHO in the pandemic preparedness plan that was released in 2017.

Sir — The suspension of funding to the WHO by the US could not have come at a worse time. It is at this moment of grave crisis that the health organization was most in need of money. For all its real and perceived failings, it is at the forefront of the ongoing fight against the coronavirus pandemic. The US, under Donald Trump’s leadership, has unfortunately not risen to the occasion. The withdrawal of the American contribution, which amounts to roughly $400 million to $500 million, will substantially curtail the WHO’s ability to help low and middle-income countries during the pandemic.

Trump had initially praised China’s handling of Covid-19 but later changed his tune. He also proclaimed that the global health agency was China-centric and had “failed in its basic duty”, leading to the acceleration of the pandemic. It is quite evident that he did so to mask his administration’s mismanagement of the crisis in the US.

It is difficult to say with complete certainty that China silenced the doctors who first detected the virus or suppressed information on human-to-human transmission of Covid-19 at the initial stage of the outbreak. However, one must concede that since then, China has extended help to several nations combating the pandemic. The blame game can be left for another time.

There is no better organization than the WHO to guide the afflicted world in this moment of despair. The United Nations’ health agency has been widely credited for its fight against diseases like smallpox, polio, Ebola and the Zika virus among others, for training health professionals and building healthcare infrastructure around the world. In the absence of American funds, it is up to the rest of the global community to take collective and concerted action to ward off the threat of Covid-19.

Sir — The news of Donald Trump halting US funds to the WHO is hardly surprising. In a long line of missteps, the Trump-led administration had earlier walked away from the Paris Agreement on climate change, engaged in a trade war with China and reportedly even threatened India, a so-called ‘friend’, over the banning of the export of hydroxychloroquine this month.

Trump has not fared much better in domestic policies either. He had downplayed the seriousness of the pandemic until February and has routinely blamed others for the escalation of Covid-19 in the US. The incumbent administration’s relentless opposition to Obamacare — the affordable healthcare act advocated by the former president, Barack Obama — and the lack of planning for combating the pandemic have compromised the government and the nation on both prevention and preparedness.

Sir — It is utterly selfish of Donald Trump to withhold American funding to the WHO. This is an unmitigated disaster that is bound to have long-term implications for international politics. Other nations will not quickly forget that the US had deliberately sabotaged the health agency’s efforts to combat the spread of the coronavirus. What the repercussions will be remains to be seen.