Advertisement
Home / Opinion / To hug or not to hug

To hug or not to hug

Readers' Speak: Hugging in time of Covid-19; Arvind Kejriwal no longer concerned with the aam aadmi 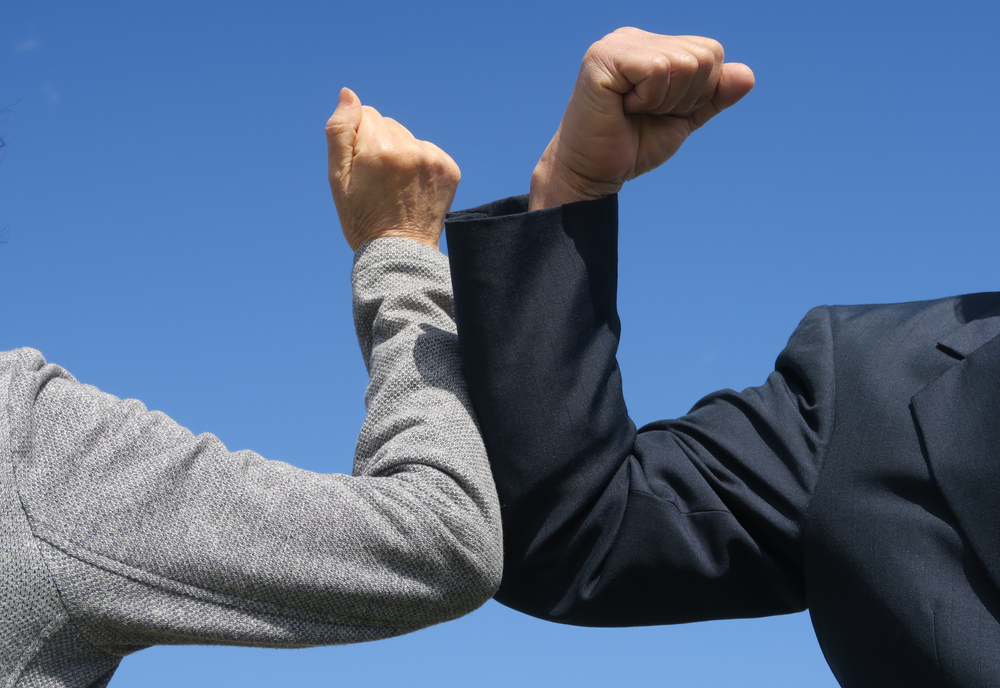 A tight hug is among the things that people across the world most miss since the coronavirus pandemic spread. But research now shows that a perfect hug might not be a tight hug after all.
Shutterstock
The Telegraph   |     |   Published 13.06.20, 09:21 PM

Sir — A tight hug is among the things that people across the world most miss since the coronavirus pandemic spread. But research now shows that a perfect hug might not be a tight hug after all. Scientists have found that the tighter the hug the less it calms the person being hugged. However, there are other problems to hugs — it invades a person’s private space in a way few things do. Even in the wake of the ‘MeToo’ movement it was brought to light that men often misused hugs to cop a feel. Hopefully, in this new era, consent will become mandatory even for hugs.

Sir — It is more than a little ironical that the Aam Aadmi Party is not bothered about the aam aadmi. The decision of the Arvind Kejriwal government in Delhi to lift lockdown has brought in its wake untold misery for Delhiites. Since June 1, cases in the capital have gone up exponentially, threatening to overtake even Mumbai’s numbers. To make matters worse, those testing positive are having a harrowing time finding a hospital bed. Now, the government has thrown up its hands in despair, anticipating that by the end of July, cases could cross five lakh and Delhi would need at least 80,000 more hospital beds to cope with the crisis.

While Kejriwal’s concern is genuine, we need to ask why he was in a tearing hurry to lift the lockdown since May 17. With temples and malls now being thrown open to the public, the chances of infection have doubled. Kejriwal should take a leaf out of the Punjab chief minister’s book who has taken the sensible step of extending lockdown till June 30. Is not life more precious than livelihood at the moment? We should learn from countries like Vietnam which did not register even a single death because the country imposed strict restrictions on movement from January itself when one person was found positive. The coming days are going to be very tough and challenging for Delhi and its chief minister.

Sir — The man who earned respect for being different from India’s standard fare of dishonest, selfish politicians has now become a part of that very system. The decision taken by Arvind Kejriwal amidst the coronavirus pandemic in Delhi — whether it is his cavalier attitude when it comes to lifting the lockdown, or his raising the bogey of ‘outsiders’ to deflect attention from the failures of his government, it is amply clear that he has learnt the tricks of the trade called politics. He no longer stands for the aam aadmi.

Whether it was through his silence over the Shaheen Bagh protests, his stand during the Delhi riots or the current mishandling of the Covid-19 crisis, Kejriwal has exposed not only that he is very much a conservative, narrow-minded politician, but also that nothing comes above his hunger for power.

Sir — Arvind Kejriwal is the boy who cried wolf. His standard operating procedure is to play the victim card and gain public sympathy in order to consolidate power. While none can deny that the AAP government has done useful work on the ground, that cannot compensate for what Kejriwal is doing now. Each time he senses public anger towards his failures, he creates a scenario that is bound to put him at odds with the lieutenant-governor and, in turn, the Narendra Modi government at the Centre. (This time around it was his ridiculous and technically illegal decision to reserve Delhi’s hospital beds exclusively for the residents of Delhi, which the lieutenant-governor naturally overturned.) This tactic allows Kejriwal to capitalize on populist sentiments and in the long run redirect public anger towards the Centre. This has gone on long enough. There is no doubt that Kejriwal is the lesser of two evils when it comes to selecting a government in Delhi, but if he does not get his act together soon and mend his new-found twisted ways, he will lose the immense respect that he commands from the public at the moment. How is his decision to deprive people outside Delhi of healthcare any better than the BJP’s divisive agenda?