Give peace a chance: 75 years of Nagasaki bombing 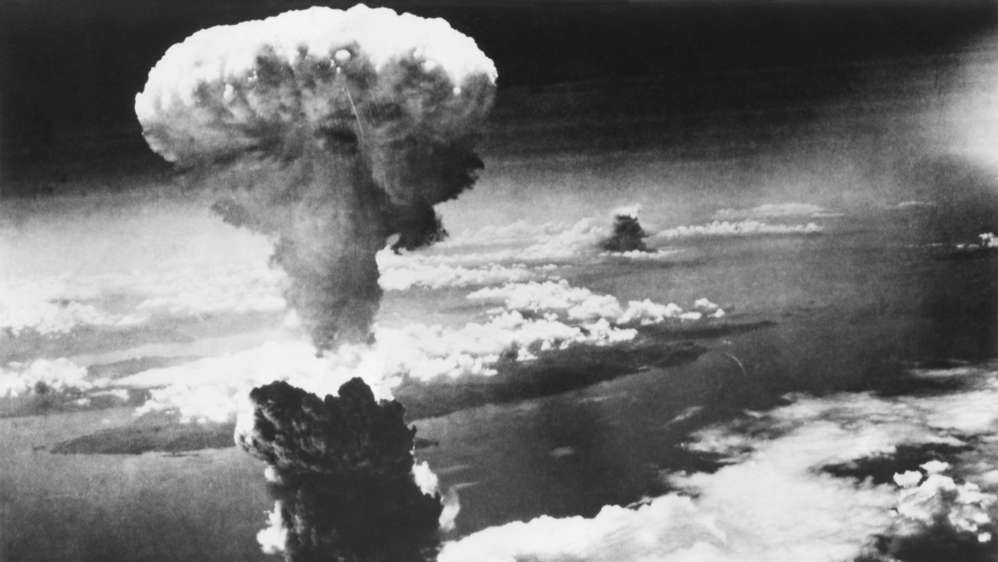 Sir — The city of Nagasaki in Japan recently observed the 75th anniversary of the atomic bombing. Commemorating such sombre occasions serves to remind mankind of the extent of the destruction that hatred among nations can cause. However, one doubts if people ever take lessons from history. Most world leaders seem oblivious to the impact of war and enmity. Until recently, the premiers of the United States of America and North Korea were threatening each other with nuclear war. Research also shows that there has been a spike in the global arms trade of late. Will the world ever give peace a chance?

Sir — In the article, “Hour of triumph” (Aug 6), Swapan Dasgupta echoes the jubilance of the supporters of Hindutva in Ayodhya and elsewhere on the day that the bhoomi pujan for the Ram temple was performed. While the prime minister, Narendra Modi, compared the movement for the temple to the freedom struggle, social media were awash with exclamations of victory. However, the real questions are these: whose victory does this event represent and what improvement does it bring to their living conditions? India has been beset with difficulties throughout the renewed reign of the Bharatiya Janata Party. To cite examples such as the decreasing freedom of speech, increase in unemployment, the undermining of the rights of women and children and the blatant disregard for other constitutional liberties is to do nothing but scratch the surface.

At present, the country is struggling to deal with the myriad effects of the coronavirus crisis. The current government at the Centre has repeatedly shown itself to be incapable of achieving any real victory against the true adversaries of the people of India, be it inequality in the spheres of healthcare and education or gender discrimination.

The contribution of leaders of the ruling party to the management of the pandemic and its allied crises has been a spectrum of unscientific suggestions, including the consumption of gau mutra. To claim a victory under such circumstances is an insult to the people. Even autonomous institutions seem to be failing to stand up to the powers that be. The common people should begin to fight for their rights before it is too late.

Sir— Swapan Dasgupta may well view the bhoomi pujan ceremony at Ayodhya last week as a “Hindu victory”, but it is, in reality, a victory for the proponents of Hindutva who exercise muscle power to subjugate minority communities in the country — Muslims in particular — and desire to accomplish this by establishing a ‘Hindu rashtra’.

Just like Muslims, Christians, Buddhists, Parsis, tribal communities and atheists, innumerable members of the Hindu community  in India — especially those outside the ‘Hindi belt’ — do not worship Rama as a deity. In their eyes, Rama is an epic hero, like Yudhisthira or Arjuna. There are also many Hindus who might believe in the divinity of Rama, but are vehemently opposed to the insidious exploitation of his name for the sake of furthering communal politics or the demolition of a shrine that is sacred to believers of another religion.

Therefore, it is not logical for either the Indian prime minister to brand all 1.3 billion Indians as “Ram-mayas” or for Dasgupta to claim the bhoomi pujan as a victory for ‘Hindus’. What Indians — and the many Hindus among them — truly believe in instead are values such as secularism, fraternity and equality.

Calling the Ram temple project a “negotiated settlement within the parameters of the Constitution” or hailing it as a “judicial victory” cannot hide the fact that the judgment was passed in view of the “belief of the Hindus”. Further, taunting the so-called “Nehruvian consensus” is equivalent to undermining the value of religious harmony and acceptance as well as respect towards the diversity that is such an intricate part of our national fabric.