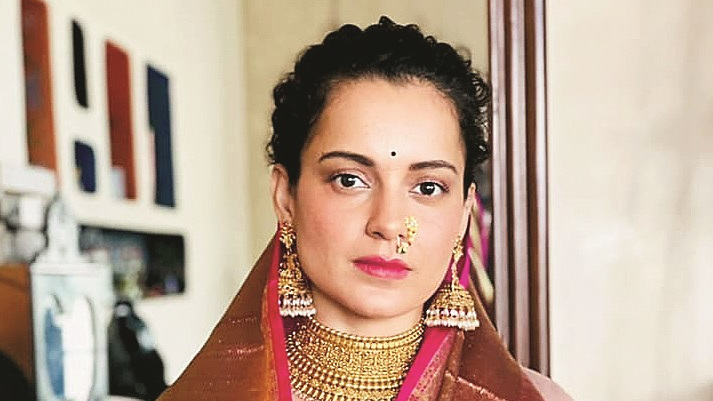 Sir — The permanent suspension of Kangana Ranaut from Twitter following a controversial tweet that violated the site’s policy on hateful conduct must be lauded. The polarizing actress demanded that president’s rule be imposed in Bengal in the aftermath of the assembly elections in the state. She further implied that the chief minister, Mamata Banerjee — she took oath for her third consecutive term yesterday — be “tamed” by the prime minister. Hate speech must be immediately halted, no matter where it comes from. It is hoped that Twitter will continue to be prompt in stopping all such incendiary words on the microblogging site in future.

Sir — No matter how big a cricket fan, everyone would agree that it was a wise decision to suspend the remaining matches of the Indian Premier League as the second wave of coronavirus rages through the country (“Safe-IPL bubble bursts, BCCI eyes Sept restart”, May 5). It was quite evident that the Board of Control for Cricket in India allowed the 2021 season to commence primarily because of financial gains. It was a relief to know that finally after 29 league matches it has decided to suspend the tournament.

However, the BCCI’s claim that it decided to halt the matches because it does not want to “compromise on the safety of the players, support staff and the other participants involved in organising the IPL” comes a little too late. Was there any reason to hold the IPL in India at a time when the number of infections were steadily rising in the country? The BCCI’s response that it did not think of holding the matches in the United Arab Emirates because it thought that the Covid-19 curve had flattened in India is a testament to its short-sightedness. Ultimately, the bio-secure bubble within which the IPL was operating was breached with several players testing positive.

It is true that for many people the tournament was a much-needed source of entertainment. Nevertheless, the BCCI should have had the foresight to predict a spread of infection amongst the staff and players and desisted from holding the tournament this year.

Sir — The impact of Covid-19 on the sporting world has been immense since the outbreak of the pandemic. As soon as it seemed that the world was slowly getting back on its feet, the second wave of the coronavirus hit India with a vengeance. With a range of players like Varun Chakaravarthy, Sandeep Warrier and Amit Mishra testing positive, the BCCI was left with no choice but to suspend IPL 2021. In spite of strictly imposing Covid-19 protocols and holding the matches within a bio-secure bubble, the virus affected multiple people proving that even such measures are no longer adequate. Since then, several players and officials have pulled out of the tournament citing safety issues. It is of utmost importance that all activities are halted for the next few months or at least till the time all individuals involved could be fully vaccinated. This is the only way that they can stay safe.

Sir — The decision of the BCCI to suspend this year’s IPL indefinitely is absolutely correct. While some cricket fans may be unhappy with the turn of events, people should understand that the safety of the players and personnel involved with the tournament must be prioritized above all else. It is hoped that once the Covid-19 situation in the country has improved, the BCCI will be able to hold the remaining matches of IPL 2021.

Sir — The death of 24 people within a day is indicative of the appalling situation of the healthcare system in Karnataka (“Oxygen runs out, 24 dead”, May 4). Right from the beginning, the state’s fight against Covid-19 has faced many issues with the chief minister, B.S. Yediyurappa, failing to rein in his warring ministers during a health crisis. Furthermore, his inability, along with that of the ministers concerned, to evolve a strategy to counter the second wave of Covid-19 indicates a lack of strong leadership. Surprisingly, authorities have continued to insist that the deaths in Chamrajnagar were not linked to the non-availability of oxygen but rather the deceased had comorbidities.

The government has repeatedly assured that there is no scarcity of medical oxygen in the state but the ground realities are completely different. Many deaths are being reported across Karnataka that have been attributed to the shortage of oxygen. There is an acute crisis of oxygen cylinders and concentrators.

Last October, six Pressure Swing Adsorption oxygen plants were sanctioned to Karnataka but none of them is operational yet. Be it ICU beds, Covid Care Centres, vital medicines or vaccines, Karnataka is struggling. It is time the government accepts its failures and works to urgently remedy the situation.