Readers' Speak: Joe Biden is a capable leader; BJP and menace of communalism 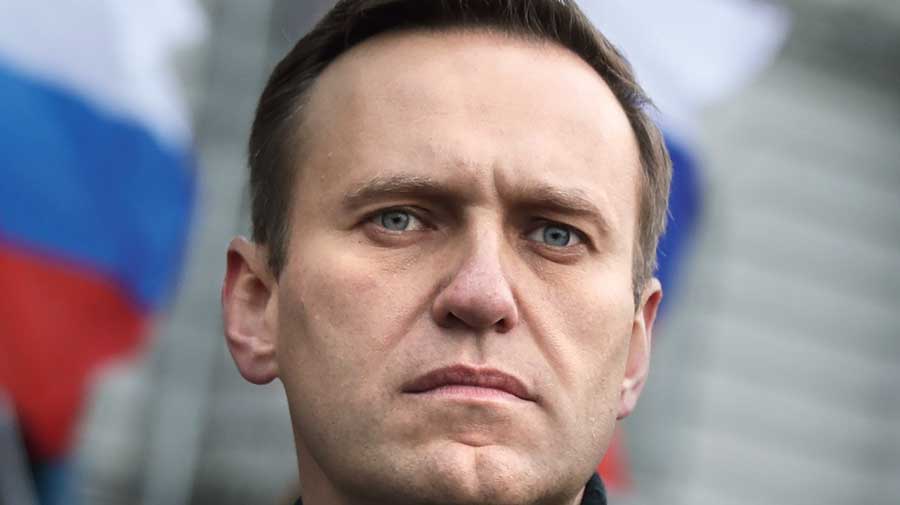 Sir — The arrest of Alexei Navalny, one of the most prominent critics of the Russian premier, Vladimir Putin, has left the country in a disarray. Navalny, who gained a massive following for exposing the corruption within the government, called for nationwide protests after his detention. Soon unauthorized protests were held across the country with more than 3,000 people arrested. The support for Navalny is a testament to the growing clamour for governmental transparency and accountability in Russia. It is the duty of all democratic nations to extend their support to the dissenting Russians.

Sir — There is no doubt that the newly sworn-in president of the United States of America, Joe Biden, is a capable leader (“Four turbulent years end”, Jan 21). Unlike his predecessor, Donald Trump, Biden is considerate and humane, and will serve the nation to the best of his abilities.

On the inauguration day, Biden struck a chord with his audience through his powerful and emotive speech. His stress on the importance of democracy, and a fervent call to end the “uncivil war” plaguing America indicated that he is best suited to repair the damage done by the Donald Trump administration. His idea of peace is not separate from the notions of justice, equality and liberty and his assertion that the “dream of justice for all will be deferred no longer” is a testament to his firm belief in racial equality and his resolve to act to that end.

The flurry of executive orders that Biden signed on the first day in office, such as making masks mandatory on federal grounds, rejoining the Paris climate change accord and the World Health Organization, lifting the travel ban on several Muslim majority countries and halting the construction of the wall on the US-Mexico border, among others, were a clear repudiation of Trumpian policies. It is hoped that the Biden administration will serve in a transparent and accountable manner as is expected from one of the oldest democracies in the world.

Sir — The American president, Joe Biden, lost no time in reversing the controversial decisions of Donald Trump, whose policies over the years have thrown the country into chaos. It is unusual for a head of state to issue 15 executive orders on the first day in office. Through his swift action, Biden has sent out a strong signal that he fully intends to repair the damages of his predecessor, under whose watch the country’s diplomatic relations with several nations have deteriorated. His decision to rejoin the Paris climate accord, reverse the travel ban on people from certain Muslim-dominated countries and the termination of the construction of the wall on the US-Mexico border will go a long way in cementing Biden’s status as one of the most important presidents in American history.

Sir — Joe Biden, the 46th president of the US, has inherited a deeply divided nation as witnessed by the events preceding his assumption of the Oval Office. It is important to remember that in spite of criticisms, over 70 million Americans voted for Donald Trump. The unprecedented violence witnessed at the Capitol on January 6 indicates that the next four years are not going to be a smooth ride for Biden. He seems to have started on a strong note by passing 15 executive orders on his first day in office. He will, however, need the cooperation of the Republicans to heal the deep chasms within the country. There is a long way to go before America can regain its credibility as a democratic nation.

Sir — In his article, “Resistance map” (Jan 23), Asim Ali has rightly stated that the meekness of the Opposition parties in combating the divisive rhetoric of the Bharatiya Janata Party has led to the increase in Islamophobia in India. It is a matter of shame that both Rahul and Priyanka Gandhi had welcomed the construction of the Ram temple in Ayodhya.

We must, however, remember that it would not have been possible for the BJP to polarize the country along religious lines unless a large section of the population already believed in the party’s bigoted ideas. It is because of our failures that the saffron brigade could flourish in India, bringing into question the ideals of secularism enshrined in our Constitution. The menace of communalism can only be contained if strong laws are put in place and swift action is taken against the perpetrators. But with innumerable lawmakers at the helm spewing vitriol against minority communities, there is little chance for the situation to improve anytime soon.