Readers' Speak: Emergence of a mutated variant of the coronavirus in the United Kingdom 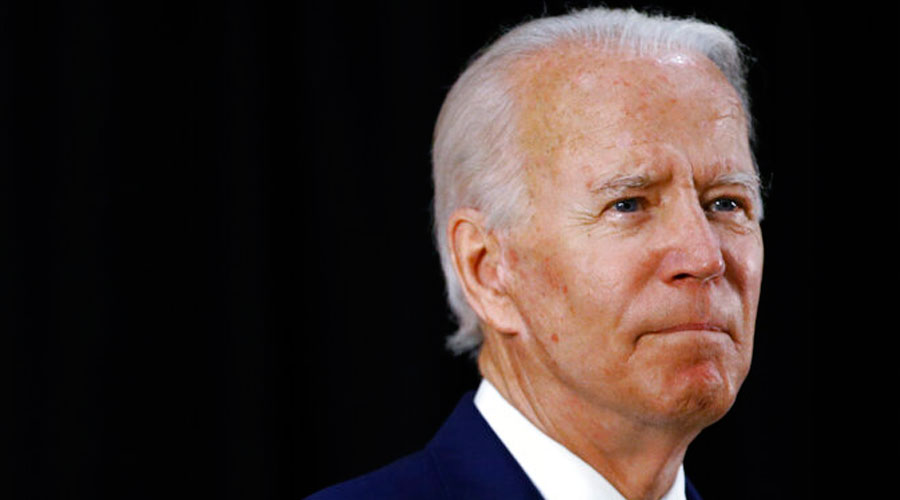 Sir — It was extremely reassuring to see the president-elect of the United States of America, Joe Biden, receive the first course of the Pfizer-BioNTech vaccine at ChristianaCare Hospital on live television. Several high-ranking officials along with anti-vaxxers continue to discourage people from getting vaccinated against Covid-19. With over 3,23,000 deaths in the United States of America, this is extremely dangerous. This gesture by the 78-year-old Democrat will go a long way in assuring people of the safety and efficacy of the vaccine. This is the only way that we can protect our loved ones.

Sir — The emergence of a mutated variant of the coronavirus in the United Kingdom has led to a surge in Covid-19 infections across the country and has spread a renewed sense of fear around the world (“What we know about the virus mutant”, Dec 23). The British government has warned that the potent new ‘mutant strain’ is out of control and has imposed a stringent Tier 4 lockdown in most parts of the island nation.

The newly identified strain of the coronavirus is up to 70 per cent more transmissible than the original form of the pathogen. This revelation has led to a worldwide scare with a number of countries temporarily banning flights to and from the UK till December 31. It is unfortunate that this news emerged right before Christmas, when people, relieved by the success of the Pfizer-BioNTech vaccine, were hoping for a joyous celebration.

However, people, be it in the UK or in Calcutta, must remain cautious and keep social interactions to a minimum. Calcuttans, just like on  every other Christmas, are already thronging to places like Park Street and Eco-Park and can be seen blatantly disregarding social-distancing norms. The government in Maharashtra has taken the right decision to impose a seven-hour night curfew till January 5 in view of the spread of the mutant strain. The West Bengal government must follow suit and impose similar restrictions.

Sir — The news of the detection of a novel variant of coronavirus and the spike in infections in the UK has caused consternation across the world. The UK government has swiftly responded by imposing tougher measures and many countries have put in place travel restrictions to the UK. It is, however, possible that the mutant strain is already circulating in many other parts of the world.

This revelation comes at a time when authorities have begun to roll out Covid-19 vaccines. It is feared that the new mutated strain could be a setback in the global fight against the pandemic. As it is 70 per cent more transmissible, it will require a modified response. While there is no strong evidence that this strain is any more severe or deadly, we must nonetheless remain vigilant. It is hoped that the vaccines that have been developed so far will be effective even against the new strain. At this point all we can do is hope for the best.

Sir — It seems that the new coronavirus strain that has been discovered in the UK is causing a sense of panic all around the world. Not only is it mutating faster but the new variant, called lineage B.1.1.7, contains 23 different changes, many of which are associated with alterations in a protein made by the virus. The saving grace is that so far it seems that the novel strain does not have a higher mortality rate. According to the World Health Organization, three other countries have already reported the presence of the mutant virus. Cases have already been reported in Turkey, Denmark, one in the Netherlands and another in Australia.

It is, thus, good to hear that India has halted all flights between the two countries till December 31. Whether this virus is dangerous or not, we need to be more careful than before. The delayed response to the initial outbreak of Covid-19 had led to the government imposing a months-long nationwide lockdown which resulted in immense hardships for people all over the country. It is time that we learn from past mistakes.

Sir — The sense of panic that is being caused by the lineage B.1.1.7 mutant strain reported by the UK is reminiscent of the early days of the pandemic. Prioritizing public health, the government in the UK has once again imposed a strict lockdown. In spite of the panic, it must be pointed out that it is commonplace for a virus to mutate. The best way forward would be to continue to follow social distancing norms and restrict travel.

As it does not seem that the mutant variant is any more deadly than the dominant strain, it would be wise to go ahead with the mass inoculation as planned. But governments as well as the scientific community must continue to monitor the situation and address any complications that arise right away. A complacent attitude will only hinder recovery.