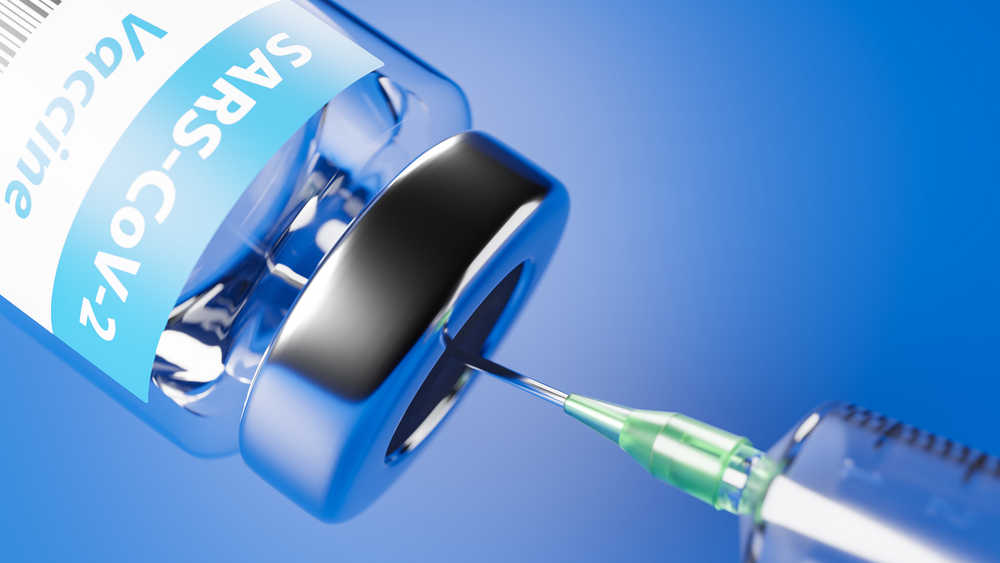 The global clamour for a cure for the novel coronavirus has led to the unrealistic expectation that a vaccine is just around the corner.
Shutterstock
The Editorial Board   |   Published 15.09.20, 01:35 AM

Sir — The global clamour for a cure for the novel coronavirus has led to the unrealistic expectation that a vaccine is just around the corner. Thus, when AstraZeneca, piloting its vaccine candidate, AZD1222, revealed earlier that it would be voluntarily putting its ongoing clinical trials on hold — one of the participants developed an unexpected illness — the possible dangers of a rushed study came to the fore. Although the pharmaceutical company has since resumed the late-stage trials after receiving green signals from safety watchdogs, this development should be taken as a warning sign.

The demand for a speedy solution to the pandemic has also taken a distinctly political dimension. The incumbent president of the United States of America, Donald Trump, has indicated that a vaccine might be available in October, conveniently before the upcoming elections in November. India, too, is guilty of rushing the process with the Indian Council of Medical Research earlier urging Bharat Biotech to make its candidate vaccine, Covaxin, available by August 15. Recently, Russia became the first country to register a Covid-19 vaccine and is gearing up to release the first batch to the public.

It must be remembered that developing a vaccine is a complicated process and usually takes years to be ready for public use. With the world rushing to find a cure to the pandemic, this has become a matter of who will get to cross the finish line first. Countries must prioritize a thorough and transparent evaluation of the candidate drugs. Otherwise the lives of billions will be at risk.

Sir — As Covid-19 cases continue to mount around the world in unprecedented numbers, it is expected that pharmaceutical companies will rush to roll out a vaccine for the highly communicable disease. However, concerns have been raised over whether there is political pressure on companies to complete the trials as fast as possible in order to boost a country’s prestige in the international arena. China has already approved the emergency usage of Covid-19 vaccines that have been developed by select domestic companies. The American president is pushing for the release of a vaccine before the presidential elections scheduled for November 2020. In the midst of this, it was heartening to learn that nine American firms have signed a pledge not to seek regulatory approval or authorization of their experimental drugs until the shots have been shown to work effectively and safely through late-stage clinical trials.

Meanwhile, Sputnik V, jointly developed by the Gamaleya Research Institute of Epidemiology and Microbiology and the Russian defence ministry, has been registered as the first coronavirus vaccine. Although the data published by the medical journal, The Lancet, show promise, they are limited to the early stages of study which has been conducted on only 76 participants, an abysmally small number. A group of researchers have since written an open letter to the editor of the journal alleging discrepancies in the data evaluated.

Reports indicate that India is in talks with the Russian government regarding the localization of the production of Sputnik V in India. Considering the glaring gaps in the efficacy of the drug trial, is it a good idea to proceed with the proposition? Rather than delving right into production, India should consider conducting bigger trials in the country and testing further before approving the drug for a mass rollout. The decision by AstraZeneca to temporarily put its clinical trials on hold when a participant developed an adverse reaction shows that the company prioritizes the health of the masses, as it ideally should. All countries should take a cautious approach and not jeopardize the health of the people.

Sir — The news that one of the volunteers taking part in the clinical trials jointly conducted by AstraZeneca and Oxford University fell severely ill is not surprising. While it is not unusual for such hiccups to occur in the final stages of vaccine trials, this episode should act as a reminder to governments and pharmaceutical companies that they must thoroughly vet a vaccine before it can be deemed safe for public use. There are no shortcuts to the process. Moreover, imposition of deadlines by governments will only lead to further problems, thus delaying the possibility of a safe and effective cure. At this critical time, the responsibility of the government lies in providing the scientific community with all possible resources and minimizing administrative hurdles that might further impede the process.

Sir — In a historic judgment, a court in Saudi Arabia has ruled in favour of a woman writer who was put on trial for living and travelling alone without her father’s permission. The country has witnessed several changes in recent years regarding women’s rights, including the appointment of the first female director-general in the foreign ministry. However, Saudi women still have to abide by a strict dress code and are restricted from freely interacting with men. There is much more that needs to be done. Unless there is a change in the mindset of the people, ordinary women will not be able to access the rights they deserve.