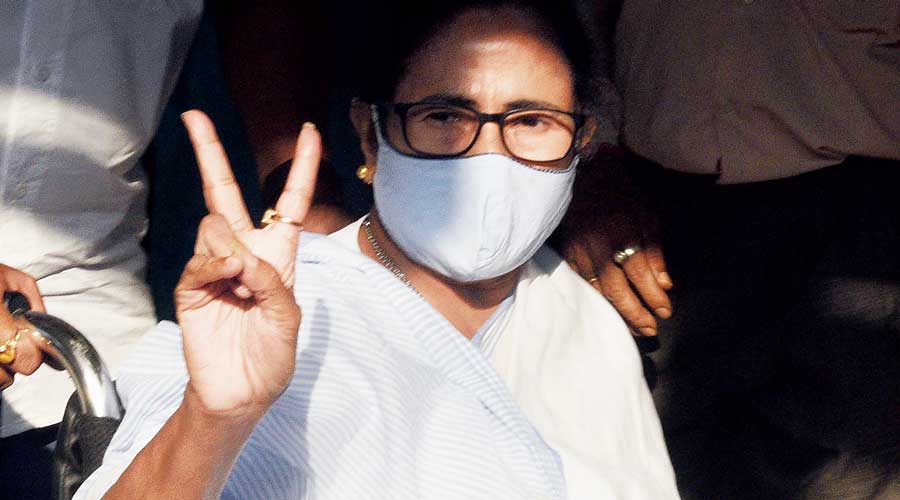 Sir — Exit polls have predicted the results of the assembly elections in all the states that went to the polls, but West  Bengal has been the focal point of everyone’s curiosity (“6 exit polls give edge to TMC, 3 to BJP”, April 30). The ruling Trinamul Congress and the Bharatiya Janata Party are locked in a close contest for West Bengal’s 294 seats, as the exit polls showed on Thursday. Six out of nine of the exit polls gave the party of the chief minister, Mamata Banerjee, an upper hand in the fiercely fought election battle, while the rest predicted that the BJP had an advantage.

The run-up to the eight-phase polls and the month-long voting exercise in the state were packed with thundering rallies, a high-pitched war of words and a series of controversies that catapulted Bengal to the centre stage of national politics. Development, polarization, caste politics, corruption, the immigrant crisis and a clash of cultures have dominated the political rhetoric.

However, Bengal has traditionally voted overwhelmingly in favour of the party that ends up coming to power. Will it be the same this time? The exit polls suggest otherwise. These polls have often got it wrong in the past, with a section of analysts arguing that the mood of a handful of voters surveyed for the exercise cannot represent the true picture. The latter will emerge on the counting day.

Sir — Exit polls are good for speculation, but they do not merit any serious attention. Their projections often confuse citizens. In Kerala, most channels covering the elections predicted that the Left Democratic Front, led by the Communist Party of India (Marxist), would win between 80 and 100 seats and that the Pinarayi Vijayan regime would continue in power. But that is unlikely to happen because people cannot be fooled by the handouts and food kits. The exit polls have generated confusing numbers. While some have given the upper hand to the LDF, others say that the United Democratic Front will win. Whoever comes to power will have a difficult time as Kerala is a cash-strapped state.

Sir — Owing to the burgeoning crisis surrounding the second wave of the pandemic, the news of the farmers’ protests against the three contentious farm laws has not been garnering enough attention. But it must be noted that farmers are eyeing a record wheat crop this year. This is heartening news; farmers are being ferried to and from villages to harvest this year’s crop. They are reportedly on track to gathering a 109 million tonnes of wheat. Apart from the anger it is facing for its monumental failure to curb the second wave, the government will now also have to deal with the consequences of having underestimated farmers and their organizational skills.

Sir — It is laudable that Nepal has been able to complete the reconstruction of the historical monument of Dharahara. The ancient tower was completely damaged in an earthquake in 2015. A historic site recognized by Unesco, this beautiful example of Nepali architecture has been a tourist attraction for a long time now.

Owing to the Covid-19 pandemic, people around the world have been under a lot of pressure both physically and mentally. When it becomes safe to travel again, a boost to the tourism sector will infuse new energy into people. Beautiful architectural monuments such as the Dharahara tower have been the mirrors of ancient times and history. Closer home, I remember visiting historic places in areas like Kanyakumari, Trivandrum, Chennai, Bangalore and Mumbai in the mid to late 1990s as a student.

Asia has been home to great cultures and the hub of beautiful tourist locations. It boasts seas, mountains, rivers and a myriad natural resources. Now that Nepal has taken steps to open the Dharahara monument, it has become clear that the beautiful Himalayan region has always been ready to emerge stronger amid the pandemic and nature’s fury.