Reader's Speak: Rising global population is a matter of concern 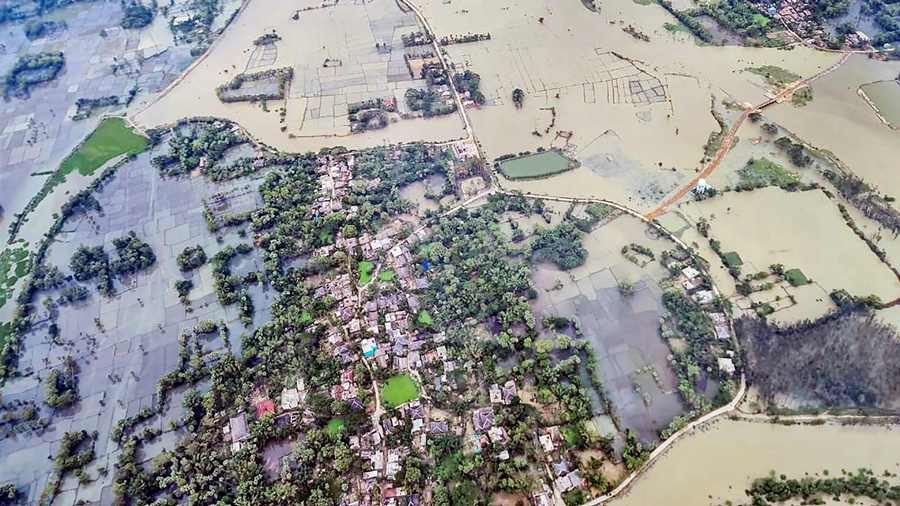 Sir — As if battling the devastating second wave of Covid-19 was not enough, the Odisha government now has to deal with the aftermath of Cyclone Yaas, which battered parts of the state last week (“After the storm”, May 28). The intensity of the cyclone was such that more than half a million people had to be evacuated to cyclone centres and scores of villages were inundated by the tidal surge. Both the chief minister of Odisha, Naveen Patnaik, and the prime minister, Narendra Modi, have undertaken aerial surveys of the affected zones and a review meeting between the Centre and the coastal states has been held to assess the damage.

The geographical location of Odisha makes it an easy target for tropical cyclones. It was left in tatters when Fani pummelled the coastal districts in 2019. Last year, it battled Amphan and, now, this year, Yaas has left devastation in its wake. Now the immediate task before the government is to undertake post-cyclone reconstruction in the midst of a raging pandemic.

The cyclone has not only led to an immediate loss of life and property, but has also further exposed the administration, mainly relief and rescue workers, to the coronavirus. In spite of imposing a statewide lockdown from May 5, Odisha is yet to see any significant improvement in the situation. Although the lockdown period has since been extended, it seems unlikely that the Covid situation in the state will improve anytime soon.

Sir — The cyclone, Yaas, which made landfall on the country’s east coast last week, left a trail of destruction in Odisha and West Bengal. According to initial estimates, hundreds of villages and towns were inundated, lakhs of homes destroyed, property washed away or lost and infrastructure ruined. Moreover, with thousands of trees uprooted, the impact of Yaas on the ecology is bound to be severe as well. However, the low death toll suggests that the state governments were effective in their efforts to minimize the loss of lives. Lakhs of people were evacuated from their homes and housed in shelters. Considering the severity of the storm and the population density in the affected areas, it seems that the governments did the best they possibly could.

Successive disastrous cyclones are a reminder that India will now have to step up its preparation for natural calamities. According to the report, State of the Global Climate 2020, the cyclone, Amphan, that hit Bengal in May last year, was the costliest cyclone on record for the North Indian Ocean, amounting to economic losses of $14 billion. Around 2.4 million people were displaced in the aftermath of Amphan. The people of the country cannot be expected to recover from such massive losses on a yearly basis. The Centre and the states must come together and devise a comprehensive plan that would put in place certain anticipatory measures so that losses can be minimized in case of natural calamities.

Sir — We often forget that natural calamities like cyclones, which result in the massive felling of trees, are just as disastrous for animals as they are for people. Spring is nesting season for birds, and summer storms and cyclones are calamitous for the nesting and the young. While there is little that can truly be done to save the birds, it is time we at least recognize that a range of losses are incurred by other species as well during a cyclonic storm.

Sir — For years, a rising global population had been a matter of concern, but now, as we move towards a population bust, the future seems just as bleak. While some nations continue to see their population rise, most countries, including Italy and South Korea, have witnessed a sharp drop in their fertility rates. Although a decrease in population will ease pressure on resources, it will also result in a decline in the working age population, thus putting an unprecedented strain on the economy. As the ramifications of a bust begin to appear, countries must now prepare for a different kind of calamity.