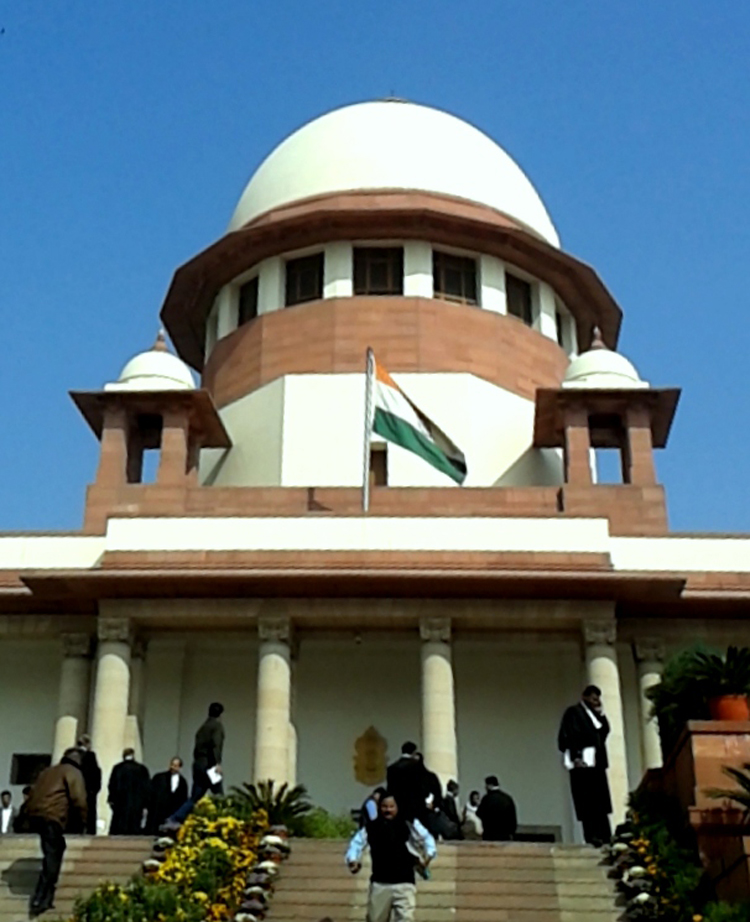 The apex court has stated that quotas in appointments and promotions are to be implemented according to the state government’s decisions.
(Wikipedia)
The Telegraph   |   Published 17.02.20, 07:27 PM

Sir — A recent judgment by the Supreme Court which held that there is “no fundamental right which inheres in an individual to claim reservation in promotions” is unfair to people belonging to the scheduled castes and scheduled tribes (“Just the law”, Feb 14). The reason for according reservations to members of certain communities was that they were historically discriminated against and denied civic, political, social and economic rights.

The apex court has stated that quotas in appointments and promotions are to be implemented according to the state government’s decisions. The positive examples of Tamil Nadu and Maharashtra, which provide 69 per cent and 68 per cent respectively, stand out. The Supreme Court should continue to let the state governments deal with matters of social justice and affirmative action which in turn would ensure the continuation of reservations for the deprived sections of society.

Sir — In a welcome verdict, the Supreme Court has ruled that state governments are not bound to provide reservations in promotions and appointments in government jobs as it is not a fundamental right but an enabling provision. It places the onus on the state government to determine if people from the groups under consideration are not adequately represented in the services of the state and act accordingly at its own discretion.

The provision of reservation in matters of employment is imperfect and outdated. Moreover, reservations, even if they are instituted with the purpose of ensuring equality of opportunity, cannot continue indefinitely. In an economic slump, where the youth are struggling to find employment, merit should become the primary criterion. The government should focus on providing quality education and training to people from underprivileged sections to ensure that they can compete on an equal footing and qualify for government services.

Sir — The construction of a wall in front of a slum along the road connecting Sardar Vallabhbhai Patel International Airport to Indira Bridge in Ahmedabad, ahead of the state visit of the president of the United States of America, Donald Trump, has rightly drawn a lot of flak. This illustrates that the Bharatiya Janata Party-led governments at the Centre and in Gujarat refuse to accept the nation as it is. This act is clearly at odds with their claims of ‘patriotism’ and commitment towards the impoverished sections of the country. The government is clearly not above conjuring a false narrative to provide an impression of ‘national glory’.

It seems that the wall is being constructed to prevent Trump’s convoy from viewing the slums which the American visitors would presumably consider ‘eyesores’. But they should remember that slum-dwellers are victims of an unjust and inequitable social order. Apart from the deprivation they already have to live with, it is inhuman to render them ‘invisible’ in this humiliating manner.

It would be reasonable to ask why money was spent on a ‘beautification drive’ rather than on improving the living conditions of the slum-dwellers. The veneer of prosperity created to impress a world leader dehumanizes the millions of poverty-stricken Indians who are unlikely to be represented at the ‘Namaste, President Trump’ event in Ahmedabad. One is reminded of Rabindranath Tagore’s words, “Give me the strength never to disown the poor or bend my knees before the insolent might”. Those in power would do well to live by them.

Sir — It was appalling to read that a wall is being built in Ahmedabad to block the sight of the city’s slums from the US president when he passes by that particular stretch on the ride from the airport. If the Centre and the Gujarat government are so concerned about the ‘sight’ of poverty, then why have they not taken adequate measures to alleviate the suffering of the poor? Is it not the government’s job to ensure proper housing, sanitation and basic amenities for the people of the state? The truth is that the BJP-led dispensation does not care about the needs and rights of the people; it is only concerned with projecting a mythical image of India’s progress and ‘cleanliness’ for other world leaders to see. Civil society and organizations should protest vehemently against the wall in Ahmedabad; it makes a mockery of the plight of the poor.

Sir — It is telling that Banksy unveiled his latest piece of art on Valentine’s Day. The elusive street artist, who is known for his anti-capitalist stance, painted a mural around Christmas last year to draw attention to the issue of homelessness on an occasion when people spend excessively. While Valentine’s Day is considered by many to be a corporate-driven holiday, it is an occasion that celebrates love.  Any piece of art is open to interpretation, but at a time when hate crimes and inflammatory speeches are on the rise, leading to a growing number of attacks on minorities and immigrants, a message of love can be significant.