A question about the Emergency left unaddressed 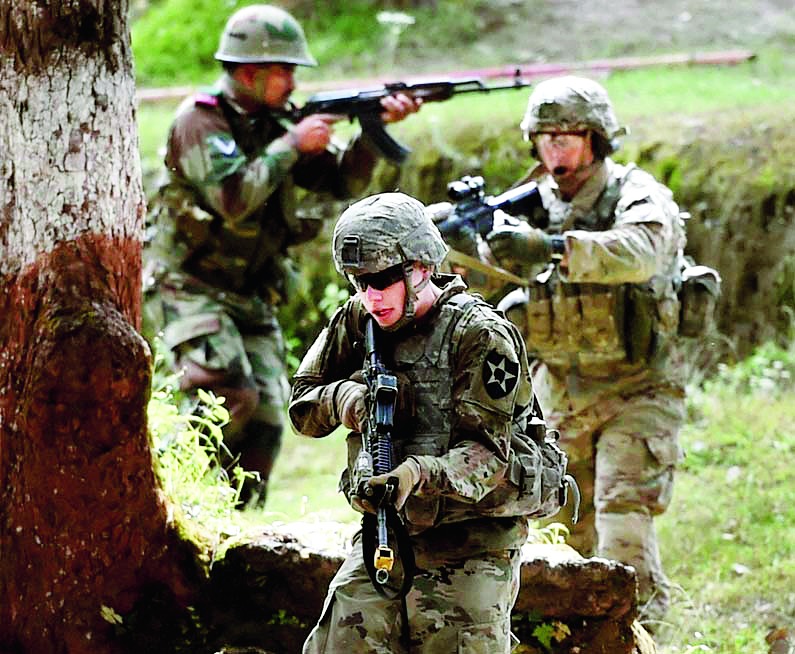 At a function in New Delhi to mark the 40th anniversary of the Emergency, the finance minister, Arun Jaitley, recounted a conversation he had with the former Supreme Court judge, H.R. Khanna - the dissenting judge in the infamous habeas corpus case - during the course of a leisurely morning walk sometime in the late-1990s. Khanna apparently told him that the astonishing admission of the attorney general, Niren De, that the Emergency regulations meant that the right to life was at the mercy of the State was prompted by a leading question he asked from the bench.

To drive home the point that natural justice was above the suspension of fundamental rights, Khanna asked the government counsel whether the Emergency could deny someone the right to life as also mentioned in Article 21. The question was as much aimed at the attorney general as the brother judges. However, as Khanna lamented, the rest of the bench headed by the then chief justice, A.N. Ray, sat there stony-faced and expressionless. "It was at that point I knew which way the verdict would go."

The 4-1 judgment of the Supreme Court in 1976 legitimizing the suspension of all human rights during the term of the Emergency has often been described as the "darkest chapter" of India's judicial history. The alacrity with which the Supreme Court went out of its way to ingratiate itself to the political executive was shameful, and may explain why the institution has subsequently been so anxious to bend the stick in the other direction as an act of atonement. That this was a bespoke judgment has been confirmed by the subsequent, post-retirement admissions of grave error by the former judges, Y.V. Chandrachud and P.N. Bhagwati, the luminaries from whom a show of spinelessness was not expected.

The question that inevitably arises from the conduct of the judges in the habeas corpus case has often been asked in the context of the larger national experience with the Emergency. Why did India cave in so easily? Why was there no meaningful resistance to the complete subversion of democracy for 20 months?

The admirers of Indira Gandhi believe that the overall experience with the Emergency wasn't entirely negative. Apart from the trains-ran-on-time and era-of-discipline arguments that were translated into slogans, the sweeping victory of the Congress in the southern states and a mixed performance in western India in the 1977 election are cited as evidence that the Emergency wasn't an unmitigated disaster, as is now made out to be. The electoral rout of the Congress in northern and eastern India is sought to be explained by a combination of two factors: the en masse desertion of the Muslims and Dalit voters as a result of the excesses of the sterilization programme and the consolidation of non-Congress votes. The moment the non-Congress votes fractured once again in 1980, Indira Gandhi was back in power with a conclusive majority.

There is an associated belief, internalized by the 'progressive' intellectuals in the pro-Soviet ecosystem, that still feel that India was in the cusp of a counter-revolution led by the forces of "right reaction". The political and social turbulence in India between 1974 and the declaration of Emergency on June 26, 1975 have been linked to a global offensive that led to the coup against Salvador Allende in Chile and the assassination of Sheikh Mujibur Rahman in August 1975. The Emergency, by this logic, was a pre-emptive strike to safeguard the gains of Indira Gandhi's post-1969 socialist turn. Debunking the Jayaprakash Narayan-led movement's "rhetoric of revolution and of extra-legal and extra-constitutional and often violent agitational methods", the Left historians, Bipan Chandra, Mridula Mukherjee and Aditya Mukherjee in India After Independence (1999), for example, have concluded that "Historically, such a mix has been the hallmark... of a counter-revolution, as the history of the rise of fascism in Europe and dictatorial regimes in Latin America indicates".

Yet, for the moment and convoluted Marxism notwithstanding, the Emergency apologists have few takers. The Janata Party may have squandered the mandate it received in 1977 in a remarkably short time through internal feuding but the euphoria that was evident when the election results were declared in March 1977 still persists in the public memory. In spite of the somewhat inchoate fears expressed by the Bharatiya Janata Party veteran, L.K. Advani, Emergency has been deemed a 'Never Again' moment for India. With time and India's overall disinclination to imbibe history, the details of the tyranny have receded from public memory but, like 'British rule', 'Emergency' has come to be equated with the unpalatable.

There is, however, a question that is tantalizingly left unaddressed. Why was the public mood marked by either acquiescence or passivity? Why, for that matter, did the entire Indian Establishment (with few exceptions) genuflect at the altar of what has now come to be recognized as tyranny?

Fear, quite obviously, is one explanation. When he courted arrest in the Delhi University campus on June 26, 1975, Jaitley felt that it was one of those routine arrests. No one had a clue as to what Emergency implied. Once this was clear, many of the Opposition activists either retreated carefully into private life or even signed the 20-point programme as a declaration of surrender. Others, less political, chose to stay away from trouble. Aware of the high-handedness of Congress activists who now walked the streets with a swagger, individuals devised their own strategies of survival. IAS officers expediently forgot the rule book and signed blank forms to be used for arrests under the draconian Maintenance of Internal Security Act, editors forgot their dharma and meekly adhered to the censorship guidelines and the more artistic took refuge in the self-serving conviction that high-minded devotion to culture implied a detachment from low-brow politics. Most people just looked the other way.

The phenomenon wasn't specifically Indian although, historically, India has a richer experience of surviving in the face of awkward statecraft. Any honest history of the German occupation of France between 1940 and 1944 will reveal that the Resistance was a fringe phenomenon and that most French citizens accorded a grudging welcome to Marshal Pétain's Vichy regime, at least till mid-1943 when it was increasingly clear that German defeat was only a matter of time. The options exercised by ordinary citizens - many of whom looked the other way as the deportation of Jews got underway - were determined by the choices available: active collaboration with Vichy, passivity and resistance. Only the very brave, the very motivated and those personally singed by a venal regime could afford the last.

There is a disconcerting conclusion that flows from experiences with authoritarian or illegitimate regimes: the people in general are respectful to authority. Occasionally, and only occasionally, there is a tipping point when inhibitions are shed. In democratic societies, elections are an in-built safety valve that allows for pent-up feelings to be expressed with a measure of passion. However, it is not automatic. Most of those released from jail when Indira Gandhi announced elections in January 1977 hardly believed that the Congress would be defeated. At best they wanted to put up a fight. It was only after Jagjivan Ram's defection that simmering discontent over petty, institutionalized tyranny became a surge of anger.

The people, it is romanticized, saved Indian democracy. But it was by no means pre-determined. Had it not been for a few missteps of those intoxicated by unchallenged power, the voters may well have legitimized authoritarian governance. In the end, politics is less about heroism than human frailties.