Lawless extortion in UP 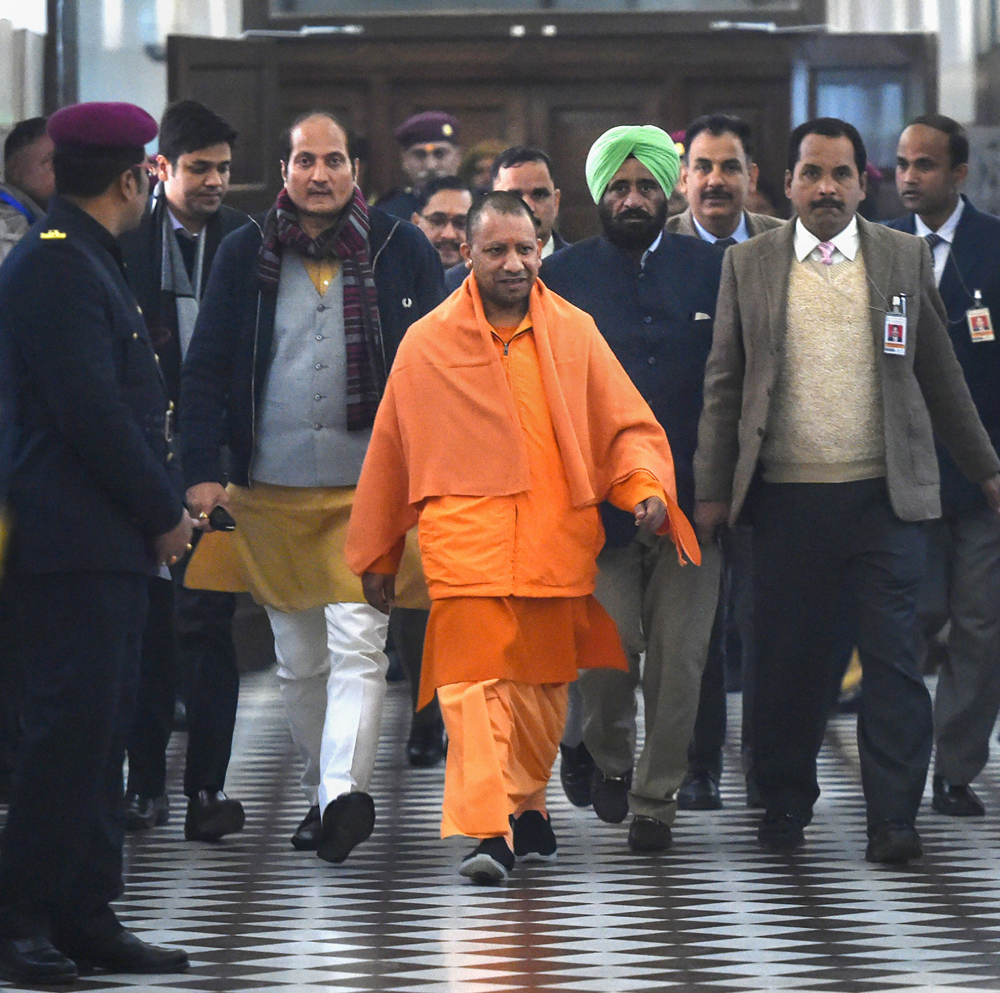 Yogi Adityanath at Lucknow's Vidhan Bhavan on December 31. The Uttar Pradesh chief minister has the habit of taking on himself and his government the role of police, judge and executioner
(PTI photo)
The Editorial Board   |     |   Published 01.01.20, 06:45 PM

Compensation is not a synonym for extortion. Yet that is exactly what is happening in Uttar Pradesh now in accordance with the expressed desire of the chief minister. Vandalism as a form of protest is not acceptable, and the Supreme Court had made clear that those liable for damage to public and private property as well as the organizers of such violence would have to pay compensation. But legitimizing this idea of compensation is the need to establish liability, for which the court laid down a clear-cut process, including the kind of evidence to be considered. The ultimate decision regarding how the compensation would be shared by the perpetrators and their organizers should be made either by the high courts or the Supreme Court, depending on the spread of the vandalism. In UP, no such procedure is being followed. The so-called ‘crackdown’ on ‘rioters’ — protestors against the Citizenship (Amendment) Act — is being carried out by the police with claims of CCTV evidence, leading to the extortion of ‘damages’ and threats of attachment of property for non-payment and, reportedly, intrusion into homes and accompanying violence. Reports also indicate that the violence is selective: members of the minority community with activists and anti-CAA protestors being the targets.

Uttar Pradesh is witnessing a frank exercise of power by the state government that takes no heed of law or the courts. Even if the police are right, without due process the exercise is illegitimate, open to the charges of discrimination, intimidation, vandalism and looting. By a wicked inversion, the UP government is celebrating the re-establishment of law and order. Its champions have referred to the Supreme Court’s decision to claim damages from perpetrators and organizers as though the administration is faithfully following the court’s wishes. All this bears the mark of the chief minister’s habit — so far unquestioned — of taking on himself and his government the role of police, judge and executioner. The system of ‘encounter’ deaths for anyone thought to be a criminal is another manifestation of this. Reportedly, most of the dead ‘criminals’ were ordinary members of the minority community. As for the recent protests against the CAA for which the chief minister promised revenge, much of the violence and vandalism is reported to have been instigated or perpetrated by third parties, even the police. By openly subverting due process, the chief minister has made legitimate governance irrelevant in UP.