Advertisement
Home / Opinion / The politics and power of absence

The politics and power of absence

Just as resistance in a post-Covid world demands a new aesthetic, the language of physical sites, too, shall undergo perceptible changes 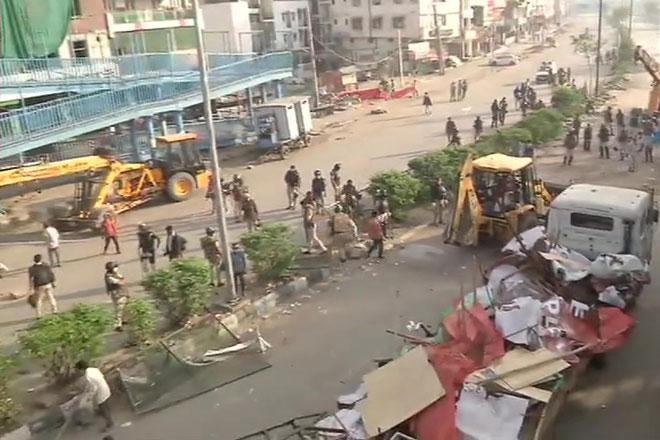 I had spent my formative years attending a school that respected a 175-year-old tradition of not permitting students to use the portico overlooking the principal’s balcony. To walk under that French porch, raised on majestic white columns, was a rare privilege granted only to guests and staff members. This rule was so deeply inscribed in the institution’s heritage identity (and in its students’ school diaries) that it was never questioned. Years after passing out, when I returned as a visitor, I couldn’t break the rule even though it no longer applied to me. Was my diffidence a result of conditioned obeisance? I could not tell. However, I was certain of the transfer of power that had taken place from the point of authority to the vessel containing it, transforming the site into a symbol.

Architecture has been established as the iconography of power. But its source is not always in history. Monuments of political and cultural import derive their relevance from the lives that inhabit them. Since the outbreak of Covid-19, the internet has been replete with images of desolate streets from the world’s metropolitan pulse points: the lights of Times Square blinking on an empty crossroad, the Champs-Élysées robbed of the boisterous energy of May Day celebrations, India Gate shorn of children, lovers, and sellers of bhel. The spatial arrangement that defines the urban axis of these important cities influences social relationships that thrive on it. The deterioration of such interactions in a pandemic-stricken world can potentially divest the sites of their social significance.

In analysing social space, the French sociologist, Emile Durkheim, distinguished among its physical, ecological and structural models. While the physical manifestation is most easily conceivable, all three forms participate equally in the exchange between society and social relationships. In this dynamics of reciprocity, political or social power is conferred upon a structure by the agents of its discourse, as opposed to authority flowing from institutions to its representatives. Consider Shaheen Bagh, which exhibited no special quality to stand out on the map of Delhi until it was reimagined as a fortress of resistance. There were no statues or shrines to mark the seat of power; only protesters — mostly women —who opposed the Citizenship (Amendment) Act. In March, when a nationwide lockdown was imposed to contain the coronavirus, Shaheen Bagh died an untimely death. Within hours of its evacuation, Delhi Police removed all art installations and graffiti, as if removing the essence of the movement required the removal of its signifiers.

This brings us to the question of the potency of Shaheen Bagh without protesters. Just as resistance in a post-Covid world demands a new aesthetic, the language of physical sites, too, shall undergo perceptible changes. In response to the government’s inept administration of the health crisis, France Unbowed had urged citizens to bang kitchen utensils from balconies and windows. A supporter promptly described their spirit as ‘Confined but not gagged’. The phrase attempts to subvert the limitation of space through the reach of sound. The extent to which sound successfully reclaims vacant areas designated for protest is, however, contestable.

The politics of ‘space’ also extends to ‘social distancing’ that has gained currency in a world imperiled by a contagion. When social-distancing was prescribed as a panacea for the pandemic, it took into consideration only those who could afford to maintain it. To accommodate each unit of social distancing in sanitized, upper-class environments, those at the periphery are being pushed further back. The contrast becomes apparent by juxtaposing images of thousands of migrant workers crowding near Bandra station with a deserted Marine Drive in the busiest hour of the day. The alarming number of Covid-19 cases in the congested slums of Dharavi shows that even the disease is not impartial. Meanwhile a high-rise in Bandra, located less than six kilometres away from Dharavi, issued a notice designating separate elevators for flat-owners and servants. This demarcation of space recalls the shameful history of elitism that has legitimized oppression. The connotation of pollution that is being evoked by the disease is making vulnerable citizens susceptible to further ghettoization.

The distance that cushions us in our physical space is also being carried over to the virtual realm. The scale of economic balance is tipped towards the digitally empowered, urban lot who can boast of work-from-home facilities and avail home-delivery services. The existence of the digital gap is not new in a developing country, but the impetus acquired as a result of the pandemic may even tear the democratic fabric. On March 23, a day before the prime minister announced the lockdown, the Lok Sabha was adjourned sine die in light of the Covid-19 outbreak. There is uncertainty surrounding the commencement of the monsoon session. In the hypothetical event of the Indian legislature shifting to a digital platform to adapt to the crisis, what can the possible ramifications be for its stakeholders? Some might argue that access to a virtual space democratizes legislation. However, given the digital gap, the possibility of the exclusion of the digitally disenfranchised constituency cannot be ignored.

What does transitioning into fluid dimensions mean for the physical structures that stand as milestones of human civilization? Do the silent halls of Parliament dim the halo around democracy? Empty sports stadiums could well be the norm of the future. But the absence of a live audience need not necessarily undermine the performative spirit. In April, the Italian opera singer, Andrea Bocelli, delivered a moving Easter performance outside Piazza del Duomo in Milan. The concert was streamed live on YouTube, allowing viewers from across the world to be serenaded by his powerful rendition of ‘Amazing Grace’ and other hymns. A couple of days prior to Bocelli’s performance, the Notre-Dame, still in the process of being restored after a catastrophic fire last year, witnessed a similar religious ceremony. Even though the image of smoke spiralling out of the historic cathedral is still fresh on our minds, the memory of the original structure also survives. In the post-Covid universe, these mental blueprints would outlast their dilapidated physical representations and will guide us into reterritorializing that uncharted, new world.