JNU hostel fee increase will make education unaffordable to many

Should education be subsidized and made affordable for the impoverished or should it be the preserve of the affluent? 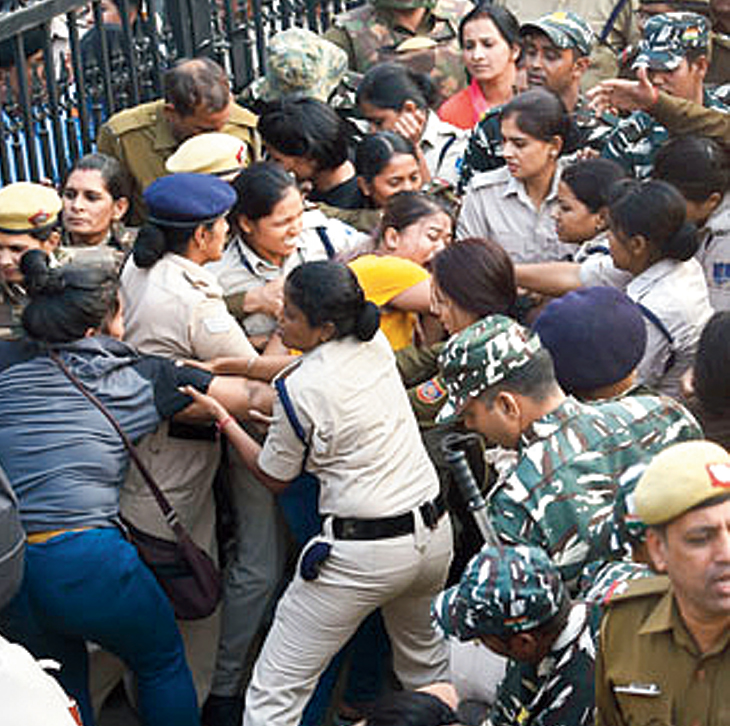 Sir — The proposal to hike the hostel fees at Jawaharlal Nehru University, if implemented, will make education unaffordable for students from economically poor backgrounds. Over 40 per cent of the students at JNU hail from families that have an income of less than Rs 10,000 per month. It is sad that some of them might have to drop out of this prestigious institute if the fee hike comes into force. The protests by the students thus have to be understood from their perspective as they are the ones who will be affected by the fee hike. We must extend moral support to them. The vice-chancellor of JNU, M. Jagadesh Kumar, should also sympathize with the students. It is quite unfortunate that he allegedly showed reluctance to meet the protesting students.

The crucial question here is whether education should be subsidized and made affordable for the impoverished or should it be the exclusive preserve of the affluent? The government cannot shirk its responsibility of providing quality education to those without the wherewithal to pay for it themselves. It is hard to reconcile that government is strapped for cash when it comes to students’ hostel fees but could cut corporate tax to the tune of Rs 1.45 lakh crore. Students should not be discriminated against on the basis of ideology.

It is important that the ministry of human resource development and the JNU administration shelve policies that are hostile towards students and accede to their just demands by rolling back the proposed fee hike.

Sir — If the partial decrease in the proposed hike of hostel charges fails to give adequate relief to poor students at JNU, the Central government should step in and attempt to strike a balance between the demands of the JNU authorities and the students. In India, where many students have to take loans for their education, it is especially important that the government ensures that just decisions are taken as far as fee hikes are concerned. A lot of time has already been wasted on this issue, the government should not leave the matter unresolved any longer.

Sir — The public has to pay through the nose for subsidizing comforts and facilities for politicians. Why then can people not expect subsidies in education for their children? The way in which JNU students are being treated for demanding a rollback in the proposed hike of hostel fees is shameful. The protesting students say that two out of every five boarders cannot afford the hiked fees (“Rabbits before lawyers, tigers before JNU”, Nov 19). The proposed hike could destroy the students’ aspirations.

The hike would further commodify education, making it something only the relatively affluent can afford. A country cannot prosper if a large section of its population is deprived of the right to education. Knowledge is the only way to break the vicious cycle of poverty.

Sir — It is strange that the State, which should be providing education to its citizens, is doing the opposite by discouraging meritorious, but poor students from taking admission in prestigious institutions by hiking the hostel fees. Is the government turning increasingly capitalist or is it trying to make way for corporates in the field of education?

Other government-funded institutions of higher education have also been raising their fees. What is the point of studying in government universities that are funded by tax payers’ money if they cannot take responsibility for educating the poor? Given the government’s apathy, who will the citizens turn to?

Sir — Students of JNU are not the only ones protesting a proposed hike in hostel fees. Several universities across India are facing similar problems. A few months back, there were massive protests by students of the Tata Institute of Social Sciences, Hyderabad because of the raise in hostel and mess fees. The most common argument in favour of such hikes is that it will help improve infrastructural and educational standards. But if that were true then the government would not have been systematically targeting reputed universities that encourage critical thinking in their students.

Sir — Not so long ago, the idea of buying packaged drinking water was widely considered preposterous. It was believed that water and air were in abundance and one would never run out of them, let alone have to pay for them. Clearly, we were wrong. According to reports, India is exploring the market for air purifiers that is set to touch 39 million dollars by 2023. Delhi, notorious for its toxic air, already has an “oxygen bar”. But will commodifying breathable air, one of the preconditions of life on earth, not make it more inaccessible? After all, not all people can afford to pay to breathe.