Japan's Naomi Osaka is an inspiration to Asian youth 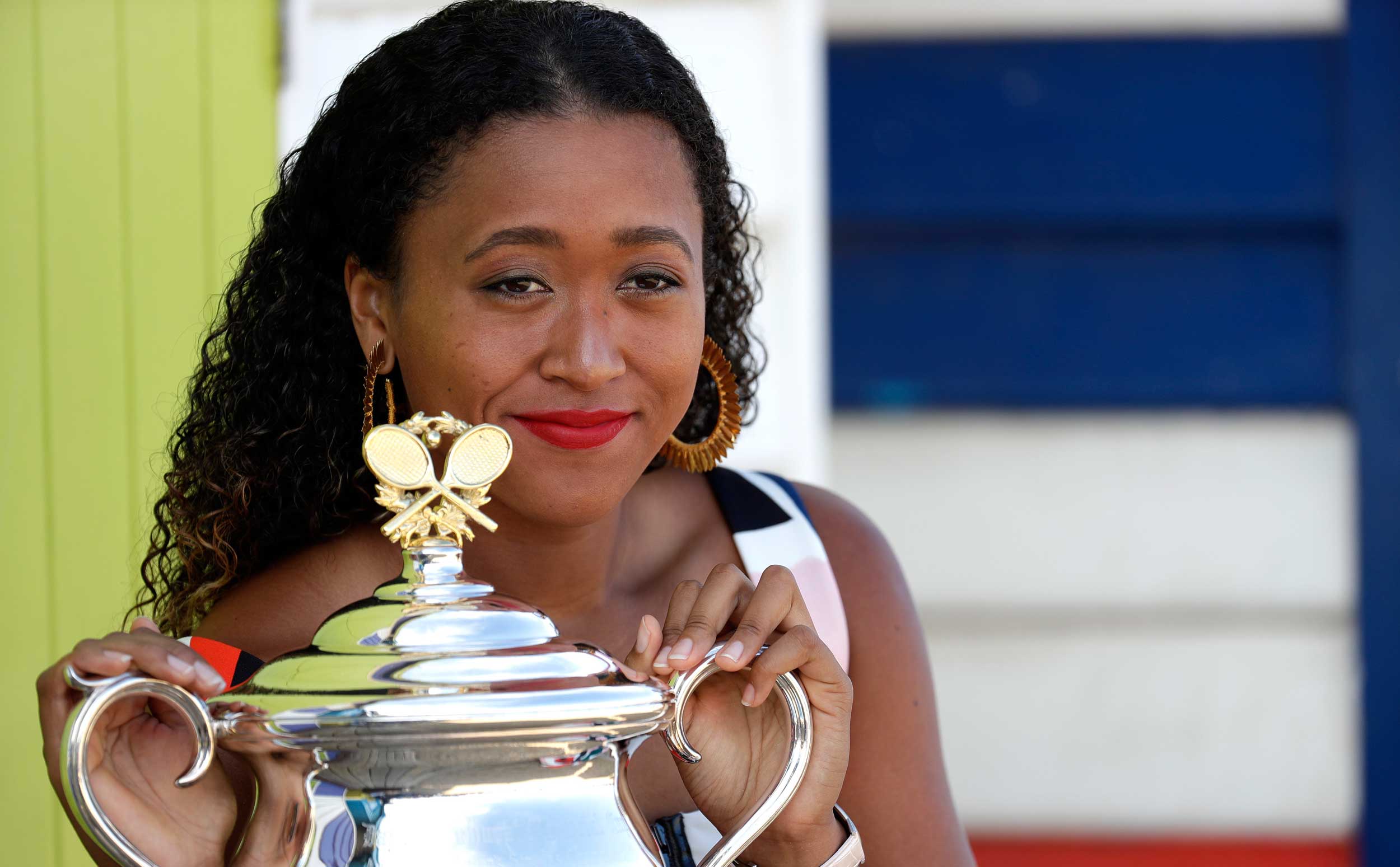 Naomi Osaka poses with her trophy the Daphne Akhurst Memorial Cup at Melbourne's Brighton Beach after her win over Petra Kvitova in the women's singles final at the Australian Open tennis championships in Melbourne, Australia, on January 27.
(AP Photo)
The Telegraph   |   Published 31.01.19, 09:35 AM

Sir — Naomi Osaka of Japan won her maiden Australian Open title defeating the Czech tennis player, Petra Kvitová, in a thrilling three-set match. The Japanese is the first woman to follow her first Grand Slam title by immediately winning the next one since Jennifer Capriati in 2001. Osaka had beaten Serena Williams to win the US Open last year. She has also become the new number one in women’s singles tennis ranking. She is the first Asian to achieve this feat.

One hopes that Osaka’s exploits will encourage more youngsters in Asia to seriously take up the sport of tennis.

Pranab Mukherjee with Narendra Modi on Tuesday, December 6, 2016. The decision to confer the Bharat Ratna on him, Nanaji Deshmukh, and Bhupen Hazarika is but an attempt to appease different sections of the electorate before this year’s general elections.
(Telegraph file picture)

Sir — It seems that the Bharatiya Janata Party will go to any length to retain power at the Centre. The decision to confer the Bharat Ratna on Nanaji Deshmukh, Bhupen Hazarika and Pranab Mukherjee is but an attempt to appease different sections of the electorate before this year’s general elections. By honouring Deshmukh, who was an ideologue of the Rashtriya Swayamsevak Sangh, the BJP, it is believed, would be able to retain the support of Hindutvavadis. On the other hand, by conferring the highest civilian award on Mukherjee and Hazarika, the saffron party can hope to gain more seats in the states of West Bengal and Assam, respectively. Interestingly, Mukherjee, who was a dyed-in-the-wool Congressman, rushed to Nagpur to attend an RSS event soon after relinquishing the office of the president. Hazarika, too, was close to the BJP. The singer had contested and lost from Guwahati on a BJP ticket in 2004.

Sir — The BJP government should be lauded for its choice of Bharat Ratna awardees. Pranab Mukherjee is a respected political figure. People cutting across political lines admire him for the service he has rendered to the nation. Whereas Bhupen Hazarika’s soulful music and songs have contributed to the cause of world peace and harmony. Finally, Nanaji Deshmukh’s untiring efforts to uplift the downtrodden are worth emulating. An active participant in the Bhoodan movement, Deshmukh showed that it is only through rural upliftment that a nation can progress. All the three new Bharat Ratna recipients are worthy role models for the society.

Sir — During his lifetime, Bhupen Hazarika bagged many awards — the Padma Shri, the Sangeet Natak Akademi award, the Dadasaheb Phalke award and so on. But the Bharat Ratna was missing from the kitty. There was a long-pending demand from the people that Hazarika be given the Bharat Ratna. The Centre has, finally, conferred the Bharat Ratna on him. This is certainly a matter to rejoice.

Hazarika’s songs help us grasp the finer nuances of life. They are a treasure trove for the whole of humanity.

Sir — Narendra Modi and Pranab Mukherjee hail from two different parties. They also have ideological differences, yet Mukherjee never let those differences jeopardize the working relationship between him and the government led by Modi during his presidency. Mukherjee had risen above partisan politics in discharging his duties as the first citizen of India. So the Modi-led government has, befittingly, honoured Mukherjee by awarding him the Bharat Ratna. Apart from Mukherjee, Bhupen Hazarika and Nanaji Deshmukh, too, were conferred the award. One cannot fault the choice of Bharat Ratna awardees this year.

However, the Lingayat seer, Shivakumara Swami, who passed away at the age of 111 recently, could also have been considered for the Bharat Ratna. One hopes the next government will take steps to honour his legacy.

Sir — Awarding the Bharat Ratna to Pranab Mukherjee could be seen as a wily political move of the BJP to win over a section of Mukherjee loyalists in the Congress. These people are already uncomfortable with the Congress’s culture of dynasty politics and sycophancy. However, it is not right to use the Bharat Ratna to score political brownie points.

Mukherjee though deserves the award for his contribution to nation-building and for having an impeccably clean image. Unfortunately, his own party, the Congress, never gave Mukherjee what he deserved. He is widely regarded as the best prime minister India never had.